The Stranger in the Gate 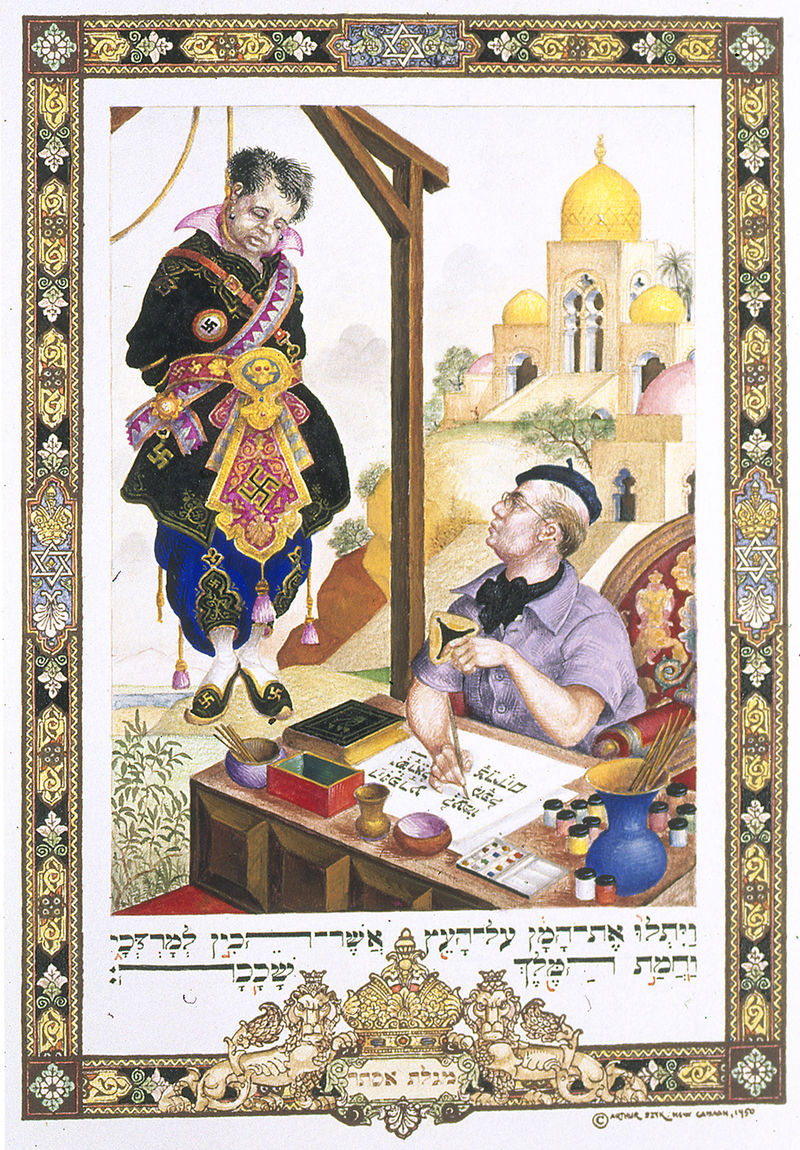 Then Haman said to King Xerxes, “There is a certain people dispersed among the peoples in all the provinces of your kingdom who keep themselves separate. Their customs are different from those of all other people, and they do not obey the king’s laws; it is not in the king’s best interest to tolerate them.  If it pleases the king, let a decree be issued to destroy them, and I will give ten thousand talents of silver to the king’s administrators for the royal treasury.” So the king took his signet ring from his finger and gave it to Haman son of Hammedatha, the Agagite, the enemy of the Jews.  “Keep the money,” the king said to Haman, “and do with the people as you please.” Esther 3:8-11 (NIV)

Our first thoughts, of course, will be of the Holocaust during the Second World War. The history of the Jewish people is one of persistent persecution, but there have been two systematic, government-backed attempts to completely eradicate or “destroy” them. One by Haman and Xerxes, the other by Hitler and the Nazis.

It’s easy to dismiss these as extraordinary, once-in-several-millennia occurrences, until we look more closely at the reason given for the decree:

“There is a certain people dispersed among the peoples in all the provinces of your kingdom who keep themselves separate. Their customs are different from those of all other people, and they do not obey the king’s laws; it is not in the king’s best interest to tolerate them.”

This all sounds so very familiar, and far closer to home than the increasingly distant WWII. Stories about immigration have filled the news for months, particularly the Christian refugees fleeing Syria, and just this week Denmark voted to confiscate refugees cash and belongings. Australia has set up a detention camp on an isolated South Sea Island, to which they will allow no reporters or human-rights inspections.

Of course the politicians are scoring political points from all the fear and misinformation. This is part of a press release, taken verbatim from Donald Trump’s website:

(New York, NY) December 7th, 2015, -- Donald J. Trump is calling for a total and complete shutdown of Muslims entering the United States until our country's representatives can figure out what is going on. According to Pew Research, among others, there is great hatred towards Americans by large segments of the Muslim population. Most recently, a poll from the Center for Security Policy released data showing "25% of those polled agreed that violence against Americans here in the United States is justified as a part of the global jihad" and 51% of those polled, "agreed that Muslims in America should have the choice of being governed according to Shariah." Shariah authorizes such atrocities as murder against non-believers who won't convert, beheadings and more unthinkable acts that pose great harm to Americans, especially women.

The message of this, and other political statements, is that “others” are different, and therefore a threat.

The Bible has a great deal to say about immigrants; the Hebrew word for stranger or foreigner appears more than 90 times in the Old Testament alone.

“‘When a foreigner resides among you in your land, do not mistreat them. The foreigner residing among you must be treated as your native-born. Love them as yourself, for you were foreigners in Egypt. I am the Lord your God.

For the Lord your God is God of gods and Lord of lords, the great God, mighty and awesome, who shows no partiality and accepts no bribes. He defends the cause of the fatherless and the widow, and loves the foreigner residing among you, giving them food and clothing. And you are to love those who are foreigners, for you yourselves were foreigners in Egypt.

God’s command is not to hold the “stranger” at the border until we can figure out how to treat them; not to balance the best interest of the king (or our particular nation); it is to invite them in, feed them, clothe them, treat them as Jesus would. Period.