The Missiological Influence of Gottfried Oosterwal

The Missiological Influence of Gottfried Oosterwal 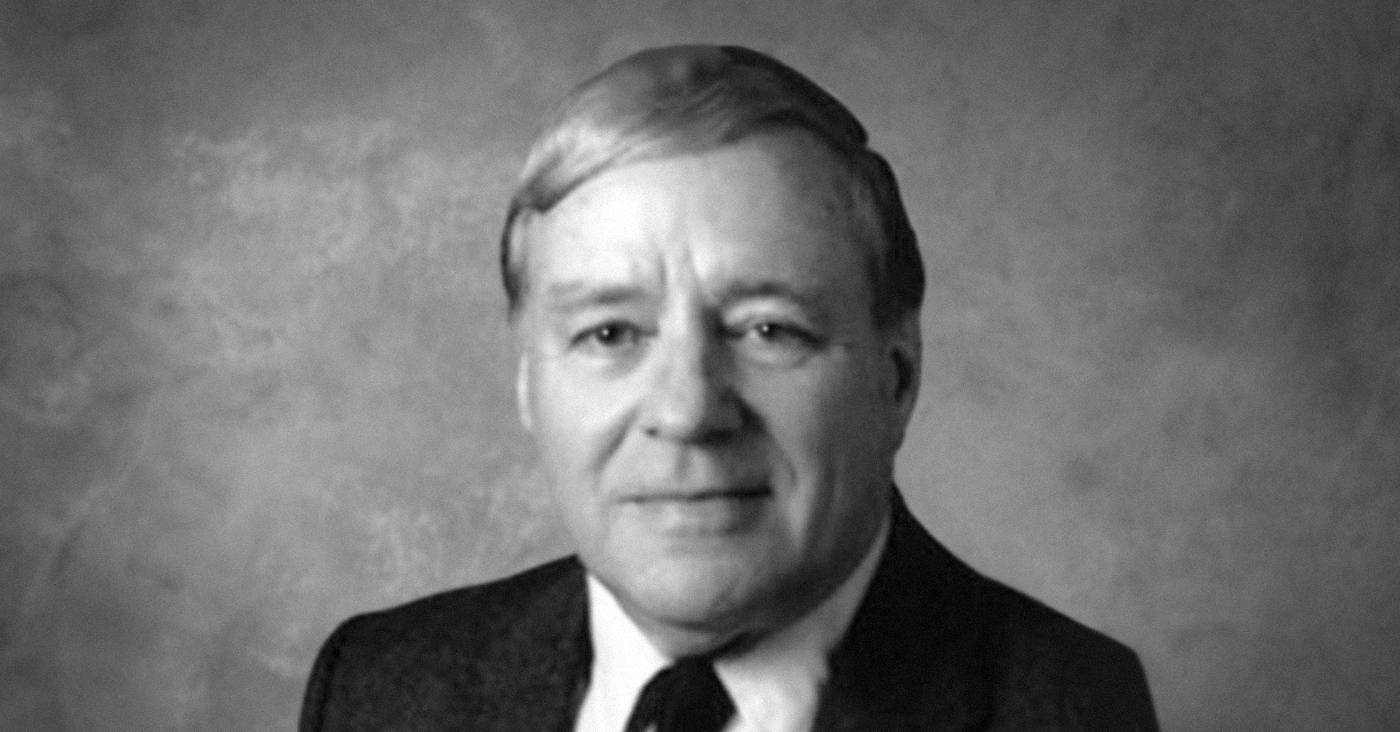 Oosterwal’s missiological influence in the light of subsequent developments in the Seventh-day Adventist Church. A memorial tribute based on personal experience, given at the Pioneer Memorial Church on November 15, 2015.

In the early 50’s with a steady, but relatively slow growth of the Adventist Church in the third world, the conviction grew among church leaders that more focused attention should be given to the training of local church leaders. I was studying at the Seminary in Washington D.C. at the time and received a letter calling me to Solusi College stating “This is a new Africa and we need more adequately trained church leaders.” This opened the way to ten rewarding years preparing pastors for service in the Trans-African Division.

Officers in the General Conference Dept. of Education were involved in leading to this decision. Among them was Richard Hammill, Assoc. Director of the Dept., who had travelled widely and recognized that in order to fulfill this mission the church required many more well prepared missionaries. Accordingly in 1956 the Annual Council voted that newly appointed missionaries, and those on furlough, should attend an intensive six week training course. However an appropriate program was not immediately developed.

In 1963 R. Hammill was appointed president of Andrews University.  In order to assist him, and facilitate this missions program, he called Myrl Manley, who had been president of three overseas colleges, to serve at Andrews.  Manley attended a missions session at Wheaton College in preparation for this missionary training program.  Upon returning to Andrews he invited Gottfried Oosterwal, who was then taking a few courses at the Seminary, to assist him. Oosterwal had been a pioneer missionary in Papua New Guinea and had impressed Manley with his missionary experience and enthusiasm.  In 1966 they conducted the initial four week Institute of World Mission session together and Manley requested him to join him permanently.  Oosterwal accepted, but returned to the Philippines for two years.  He returned in 1968 and the Institute of World Mission was then firmly established.  Regular intensive 4 week sessions were conducted each summer.  In 1971 Manley was appointed V.P. for student affairs and Oosterwal began to search for an assistant.

I was studying in New Jersey at the time, and Oosterwal who was attending the Annual Council at the General Conference, phoned me and arranged a visit. We spent a very interesting day together. He told me of his experience in entering into the life and thought world of the Boro Boro peoples of New Guinea and then he wanted to know about my experience. He left me wondering where all of this was leading.  A few days later I received a phone call from Richard Hammill, who had given very wise guidance at Solusi College, requesting me to come to Andrews to join Oosterwal in the Institute of World Mission.  My primary responsibility would be in the preparation and subsequent support of missionaries.  I was also to do a little teaching at the Seminary.

We came to Andrews in 1971 and I assisted Oosterwal in conducting the Institute that summer.  It was a rewarding experience. About 35 candidates were preparing for a wide range of missionary services – educational, medical, and primary face to face evangelism. He taught a wide range of classes: on anthropological and social understandings of primary people’s religious experience, Adventist Church operation and structure, and current missionary purposes etc. All were enriched by inspiring accounts of his personal experience. In addition we spent considerable time in personal conversation with candidates and in group social activities. This was the beginning of a close cooperative relationships with Oosterwal for almost  20 years.

The number of recruited missionary candidates increased rapidly.  Starting in 1972 two  six week Institutes were conducted annually, one in the summer and one in the winter, with about 50-60 candidates in each. In 1975, a third, conducted at Loma Linda for much needed medical missionaries, was added to the schedule.  About this time the Institute was also invited to conduct sessions in the Northern European Division and Australia and subsequently several Divisions established Institutes. Oosterwal travelled widely guiding and inspiring many missionaries during these years.  In the late 80’s, because of the increase of missionaries from other countries and the internationalization and extension of its services, the Institute was reorganized and placed under more direct control of the G.C. Secretariat.

The expansion and growth of the Adventist World Church broke through to the Western world as a great surprise in 1982 with the publication of the thousand page World Christian Encyclopedia edited by David Barrett and published by the Oxford University Press.  It included all denominations and Christian groups in every nation and was the most extensive and detailed study of World Christianity ever published. The status of Adventism in country after country is included, and also the statistics of its progressive world membership growth. The following numbers which are considerably larger than those in the Adventist Annual Statistical Reports are listed:  1970 – 4.07 mill., 1975 – 4.7 mill., 1980 – 5.44 mill., 1985 – 6.18 mill.  (p.14).

When I attended the American Society of Missiology meeting that year I could hardly get down the passage to the assembly hall.  Missiologists were staggered by the extensity, size, and rapid growth of the Adventist Church.

I met David Barrett at an annual meeting of the Theological Education Fund group in Nairobi in 1965.  He had been an engineer in the British Aircraft establishment but decided to enroll as an Anglican missionary and enrich the lives of others.  He soon began to realize that although deeply committed most missionaries were not adequately analytic regarding the efficiency and results of their work.  He began to attend the annual T.E.F. sessions organized by the World Council of Churches and organized several small groups to collect data and study the results of specific missionary enterprises.  I was a member of one of these groups for two years, and then left to study in the USA.  As a consequence of this initial series of studies he extended his research and in due course published the 1982 Encyclopedia.

Some twenty years later the group he had organized produced a revised and enlarged version of this Encyclopedia.  I had a conversation with him soon after this extended version was published.  He had travelled extensively and visited many missionary institutions.  He told me he had been favorably impressed by the educational and medical institutions operated by the Adventist Church and by the missionaries from many nations that served in them. He also mentioned that he had sensed a strong feeling of corporate unity and commitment.

Perhaps influenced by Barrett, and subsequently also by the 2009, Johnson and Ross Atlas of Global Christianity 1910 – 2010, which includes Adventists, with a membership at 23.6 mill., in the table of "Largest Protestant Traditions, 2010" (p.90), Phillip Jenkins, the leading scholar of contemporary world religions wrote:

A church that was once regarded as a purely U.S. phenomenon has become one of the world’s fastest growing and most diverse….   By the late 1950’s the church celebrated the fact that it had surpassed the milestone of a million adherents the vast majority of whom were in the United States….  Sixty years later the Adventists constitute a global church that plausibly claims 18 million members, only 7 percent of whom live in the United States….The church has developed its rich network of educational institutions and media outlets around the world…. When I meet an Adventist I sometimes ask in a semi-joking question as to how many relatives he or she has working in the medical professions….Adventists show believers how to improve their lives in physical terms as well as spiritual and that practice carries enormous weight” (The Christian Century, Sept. 30, 2015 p.45).

Many factors are involved in this rapid  world growth of the Adventist Church; and it is not only the numbers that are encouraging and important.  The new life-purpose, and manner of life that have given shape to large Adventist communities, are a significant part of the whole picture. The Institute of World Mission has played an important role in both preparing the messengers, and giving shape to the message they proclaim.  However there are also major facilitating organizational factors that have promoted this growth.  In all of this we owe a great debt to Oosterwal for both the commitment he inspired and for equipping candidates with appropriate  methodological approaches.

Having covered the broad spectrum and growth of Adventist missions we come back to the fact that this is a memorial service convened to pay tribute to Oosterwal for his deeply committed and dedicated service to our Lord and to pray for continued blessings to his family .  Oosterwal’s life was shaped by the gospel and he committed his life to sharing the blessings of our Lord with others. He was a man of many talents and his influence on others was deep and broad.  Many have told me that attending an Institute was a life changing experience. Not only had it given their lives a more focused direction, it had equipped them for more effective service. He published several books some of which were used in Institute classes. We mostly used Mission Possible, published in 1972 in dealing with current opportunities and challenges.  In subsequent travels in Africa I found that several were still using it. His influence was not confined to the Institute.  In the meetings and presentations at sessions he conducted in his many travels, both in the USA and abroad, he inspired many to commit their lives to the service of our gracious Lord.  We thank God for his life and witness.