Paul and His Opinions 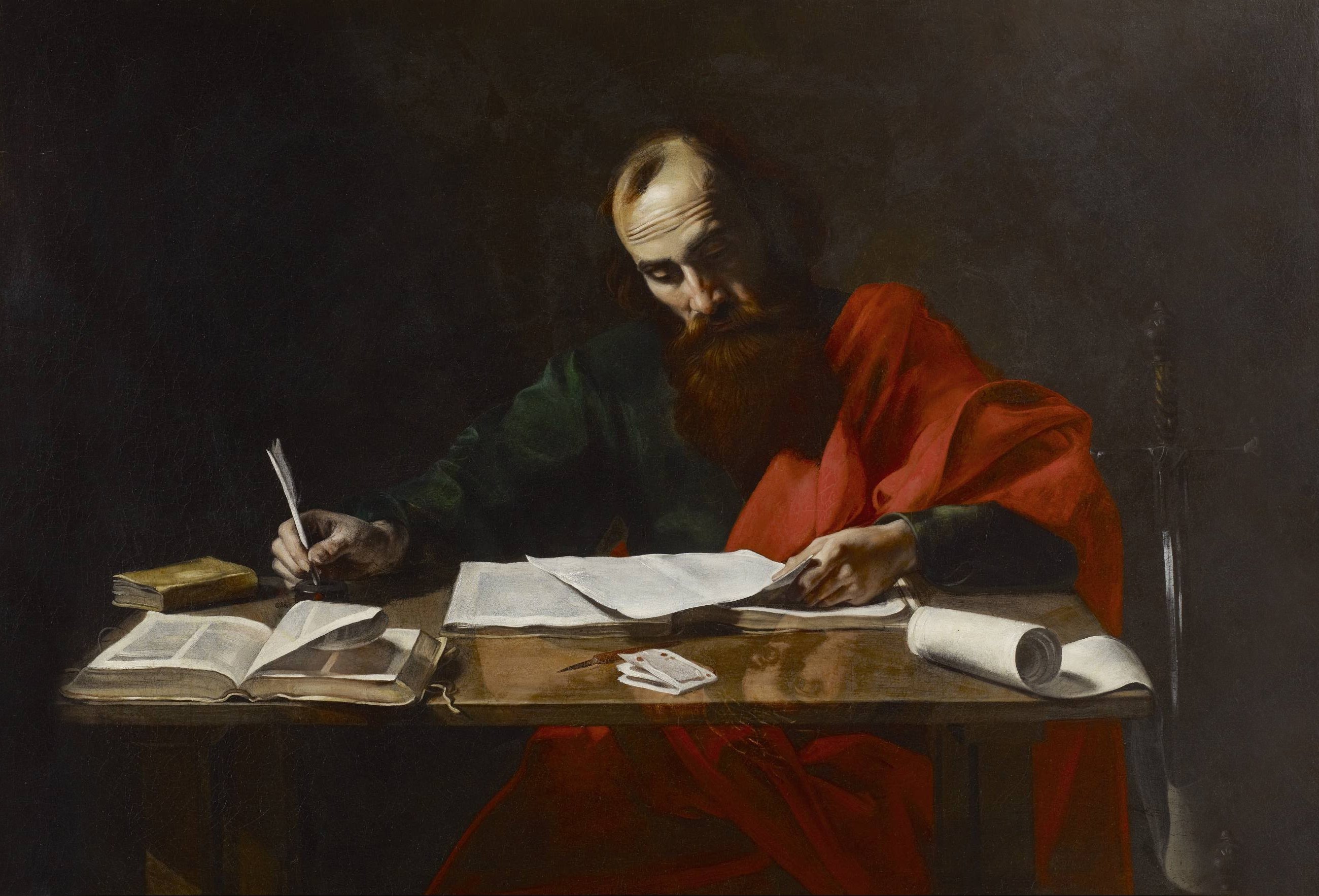 Nearly two thousand years ago, a Pharisaic convert to the fledgling Jesus movement wrote an impassioned letter to the church at Corinth. In this now oft-quoted epistle, a man known to many simply as Paul laid out the theological framework for a new and daring vision of the Christian faith. Part of his vision was the admonition to the Corinthian congregation not to marry (1 Cor. 7:1-13). To be more specific, those who were engaged or betrothed, he urged to remain so and not “tie the knot” (7:26). For those who had yet to find someone they wished to commit to, Paul urged them not to keep looking (7:27). Instead, he called on them all to become like he was, celibate for the cause of Christ.

To marry another, Paul argued, betrayed the church’s conviction that Jesus was coming imminently. If Jesus was to return in Paul’s lifetime, then members of the body of Christ were not to be distracted from their missional work. Time was too short. Marriage would, by necessity, require the attention of one believer to love and care for another without whom the believer might have been more singularly focus on the work of Christ.

Paul’s rationale for his admonition not to marry misfired in retrospect, but Paul could not have known that Christ would not return in his lifetime.

While as Adventists with our Millerite heritage we can appreciate Paul’s zeal for the coming Advent and his risking everything for it, we also recognize the peril inherent in his advice. Paul was, like all of us who come after him, constrained by a limited and imperfect understanding of when Christ’s arrival (parousia) would take place.

Paul’s daring proposal for reform in the Corinthian church would shock many if given today. However, it might also provide an important framework for addressing the church’s current debates on contentious topics like Women’s Ordination. Why? Simply put, had the early Christians followed Paul’s words and abstained from marriage, remaining celibate, there likely would not be a church here to debate any issues at all. In other words, to state what should be obvious by the fact that I am writing this article as a Christian, most of the early Church ignored Paul’s daring advice.

However, the biggest shock is not what Paul said he believed the Corinthians should do, nor that the early Christians ignored what he said, but rather how Paul described his proposal: as his personal opinion… as advice (1 Cor 7:6-7,12).

On several occasions in his letters (cf. 1 Cor. 7:12; 2 Cor. 11:17), Paul admits that what he is writing is by no means something that he has received as a revelation from God and cautions the church at Corinth to, in a paraphrased sense: take it or leave it (7:7). He writes explicitly in 7:25 that “I have no command of the Lord, but I give my opinion…”

In fact, as some commentators have noted, Paul appears to be emphasizing his opinion precisely because some of the Church in Corinth had previously misunderstood Paul’s wishes to be a command.1

Why is this instructive for the church’s debates, especially on the topic of Women’s Ordination? Consider Paul’s similar appeal in a verse at the forefront of the ordination debate: 1 Timothy 2:8-13. Although most of the discussion that surrounds this controversial and heated text begins with vs. 11 and its injunction for women to not have authority over men, the chapter’s central discussion starts a few verses earlier in vs. 8. There, Paul says “I desire that…”2 His desire, to summarize briefly, is three-fold: that men pray with lifted hands without anger, women dress modestly without adornment and that they not exercise authority over men.

The word used by Paul, translated as ‘desire’ by the NRSV, is the Greek word βούλομαι, which means a personal desire or wish.

The passage in 1 Timothy is not a command from God for how to structure the church. It is the author’s opinion. He is expressing a “desire,” not an imperative he believed was sent from God or even official church teaching he was passing on from Jerusalem. He was giving personal commentary.

This textual detail seems to have been overlooked by those on both sides of the debate unfortunately. Understanding Paul’s admonitions as his desire provides a potentially helpful framework for debating contentious issues like ordination. Without this framing, the debate has often become muddled and unfocused.

In his commentary on 1 Corinthians, J. Paul Sampley writes, “Paul establishes what he thinks is the ideal, how he thinks things ought to be, and he depicts that as the goal or paradigm toward which people ought to aim and with regard to which people should order their lives.”3 Continuing, Paul’s desire in 1 Timothy concerning women, “is based solely on Paul’s individual authority… rather than on a principle intrinsic to the good news.”4

A better question to ask concerning this pericope than “what does Scripture teach?” would be “what did Paul personally desire that is recorded in Scripture?” That small change of focus, I believe, shifts the way many would approach this passage and how they might apply it in the life of the church. It allows us to contextualize his statements. In fact, curiously, scholars have often noted that the beginning of 3:1 could actually be the intended conclusion to the entire discussion of women in 2:8-13. If so, it is of interest that it is possible according to some scholars to translate and understand the verse as reading “This is a reliable opinion.”5 It proves to be a fitting conclusion to Paul’s expressed “desires.”

Returning to Paul’s opinion on marriage from his letter to Corinth, one notes the development of Paul’s opinions and how they change: In 1 Cor. 7:8 Paul explicitly says that the young women and widows should remain unmarried. He concedes that they should marry only if they are “aflame with passion” (7:9). Yet, in an ironic twist one notes the use of βούλομαι in 1 Timothy once more, this time in 5:14. There Paul writes, “I would have (βούλομαι) younger widows marry, bear children and manage their households, so as to give the adversary no occasion to revile us.”

If the letter is written by Paul as tradition has maintained, it appears that Paul has changed or nuanced his opinion since he wrote to the Corinthians. Now he actually wishes and desires that young widows would in fact settle down and marry, whether or not they are “aflame with passion.” By saying he wishes for these Christian women to marry, he also wishes for Christian men to marry them, take care of them and by the logic of his earlier words in Corinthians, have their time inevitably taken away from the ministry. Both a plain reading of the text and a more thoughtful study of the Pauline canon point to a shift from his previous opinion, demonstrating that Paul’s views rather than being set in stone, were subject to change.

Some may object that this view of Paul’s writing does not take sufficiently seriously the Adventist affirmation of Scripture’s inspiration. Not so! This framework treats Paul’s writing seriously enough to take him literally at his word.

It also takes seriously the view that Ellen White spelled out so well, that "The Bible is not given to us in grand superhuman language… The Bible must be given in the language of men. Everything that is human is imperfect. The Bible is written by inspired men, but it is not God's mode of thought and expression. It is that of humanity. God, as a writer, is not represented. Men will often say such an expression is not like God. But God has not put Himself in words, in logic, in rhetoric, on trial in the Bible. The writers of the Bible were God's penmen, not His pen. Look at the different writers." I have tried to do just that.

Whatever the reality behind Paul’s “desire,” whether meant only for a specific church and occasion (cf. 1 Cor. 7:26), or part of a broader desire for affecting change in the church as a whole, it remains, in Paul’s own words, a personal viewpoint. That point ought to inform contemporary reading of the text. It may have been inspired for a specific circumstance, but like the issue of celibacy in the church of Corinth, following its counsel could have unintended negative consequences for the body of Christ.

If the writer of 1 Corinthians changed or adapted his opinion about whether widows should marry, if he allowed that his words on marriage were his opinion, and if we can see that he expressed his concerns about women’s authority as a personal wish, then what would compel contemporary readers to woodenly read Paul’s statements as binding and definitive?

Reading the Pauline writings as a whole leads to the conclusion that to conclude based solely on the personal wish recorded in Timothy, that women shouldn’t be ordained is as shaky an argument as the claim that because of Paul’s opinion found in 1 Corinthians 7 we should not be marrying. Consideration for the content of the texts points to the conclusion that an opinion is to be evaluated and weighed, not dogmatically adhered to. Paul himself felt the need to change and did. Why should we not do the same as we read his words in the 21st century?