Toward An Adventist Theology of Health (Part 3) — On Disease 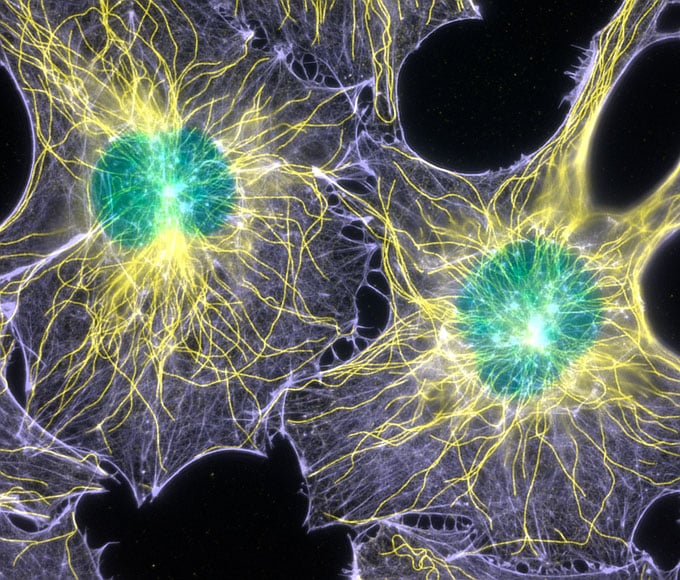 Notwithstanding the enormous and consistent development of today’s medicine, disease has not disappeared from our lives. It has just changed form, rhythm and mechanism of presentation. We realistically could just say, compared to other less industrialized cultures of the past and present, that we have invented novel ways of getting sick. This simple, empirical finding should push us to a double attitude. First, to keep resisting and fighting the rampant medical conformism and pessimism that tries to persuade us to embrace a deterministic view of disease. Second, to resist the temptation of enclosing ourselves in the monolithic view of disease and health that our religion, culture or society has built up. Disease is not a cruel reality only to poor, uneducated or non-religious people, but a human condition that binds us all in the same destiny.

In our industrialized societies disease is described as an abnormal condition, a disorder of structure or function that affects a part of, or the whole organism. It is usually configured as a medical condition associated with specific symptoms. It may be caused by factors coming from an external source, as in infectious diseases, or it may be caused by internal dysfunctions, as in autoimmune diseases. The causal study of disease is called pathology. Notwithstanding the accuracy and reliability of such an understanding, shared also by Adventists, we should humbly admit its limitations. A larger perspective in trying to understand disease comes from trans-cultural medical anthropology. Byron Good (1992), together with advocates of so called Narrative Medicine, has observed that disease has other dimensions we tend to forget and cancel –  objective, subjective and social (disease, illness, sickness). Trans-cultural medical anthropology tells us that the definition of disease is highly context-dependent because human diseases only exist in relation to other people, and we live in varied cultural contexts. These studies have shown that whether people believe themselves to be ill varies with class, gender, ethnic group and less obvious factors, such as the proximity and support of family members. What counts as a disease also changes over historical time, partly as a result of increasing expectations of health, partly due to changes in diagnostic ability, but mostly for a mixture of social and economic reasons. This paradoxical and fluctuating process in defining disease has been present in Western medicine itself. One example of “pathologization” of a human condition is osteoporosis, which was officially recognized as a disease by the WHO (World Health Organization) in 1994 – switching from being an unavoidable part of normal aging into a pathology. But sometimes it also happened the other way around, when disorders were “de-pathologized”, as happened with homosexuality in 1973 (DSM-II) or in 1992  by the WHO (ICD-10).

These short introductory considerations show that disease can't be considered only a medical condition. It's a larger and more complex anthropological reality. For this reason, as in all cultures, disease shouldn't be considered a settled matter in today’s Western societies. Instead it's an open process in which not only the category of disease but medicine itself needs to be critically assessed. Let's briefly analyze two contradictory and parallel orientations of Western medicine concerning the understanding of disease.

Western medicine is too rich and heterogeneous to be summarized and reduced to a cliché. But nobody and no event is above a critical assessment. And though it still is an open and ongoing process, there exists sufficient scientific and cultural data to evidence its nature and trend. Among its various characteristics, the one that perhaps links all of them, and also better explains the vocation and core of western medicine, is analysis. If we define analysis as the exercise of decomposing any material or abstract entity into its elementary and basic constituents, and if we apply this to the understanding of what disease is within current society, we'll have a reliable picture of the nature of Western medicine. The commitment to clarity and evidence, derived from the introduction of this analytical medical paradigm, has pushed today’s medicine to be obsessed with proximate and direct rather than with distal and indirect causality. This is especially visible in the history of modern pathology.

While the explanation of disease was still partially linked to extra-corporeal elements (social, religious, mystical) or to imprecise and inaccurate corporeal substrates (e.g. humoral theory), the Italian anatomist Giovanni Batista Morgagni (1682–1771), from the university of Padua, started linking diseases to specific anatomical organs. He published his opus magnum, “De Sedibus et Causis Morborum per Anatomen Indagatis” (about the seats and causes of diseases through anatomical investigation), in 1761 when he was 79 years old. In 70 letters to an unknown friend Morgagni described 640 autopsies, structurally correlating the symptoms of his patients with the pathological findings at autopsy, thus fostering the growing belief that diseases had an anatomical substrate. Morgagni was the first to understand and demonstrate the necessity of basing diagnosis, prognosis and treatment on a comprehensive knowledge of anatomical conditions. His treatise was the commencement of an era of steady progress in pathology and in practical medicine.

But the specificity of where diseases originate, even if appropriately located by Morgagni in particular anatomical organs, was still not enough. More precision was required. The next step was made by a French anatomist and physiologist Marie François Xavier Bichat (1771-1802). He is remembered as the father of modern histology because, despite working without a microscope, he was the first to introduce the notion of tissues as distinct entities. He also maintained that diseases attacked tissues rather than whole organs or the entire body, causing a revolution in anatomical pathology. By simple methods (e.g. cooking), he was able to identify 21 types of tissue, improving the foundation for tissue-based disease. In his autopsies he correlated the clinical findings with “histology”, a term that really gained currency 50 years later.

Precision nevertheless, even after the acceptance of an analytical perspective, had to be pushed even further. The next decisive step was done by the German Rudolf Virchow (1821-1902), regarded by many as the greatest figure in the history of pathology. Virchow’s greatest accomplishment was his observation that a whole organism does not get sick. Only certain cells or groups of cells do. In 1855, at the age of 34, he published his now famous aphorism “omnis cellula e cellula” (“every cell stems from another cell”). With this approach Virchow launched the field of cellular pathology. He stated that all diseases involve changes in normal cells, that is, all pathology ultimately is cellular pathology. This insight led to major progress in the practice of medicine. It meant that disease entities could be defined much more sharply. Diseases could be characterized not merely by a group of clinical symptoms but by typical cellular changes. His new insights resulted in a collection of twenty of his lectures into his most important work “Die Cellularpathologie” (1858). This remarkable book was a harbinger of what was to come. Medicine passed from an organ-based to a cell-based understanding of disease. The “new pathology” of modern times was born.

The analytical evolution of Western medicine was still not satisfied, however. It kept going forward, searching for more clarity than that offered by Virchow. Faithful to its commitment to precision and its implicit motto (“divide” to know more and “separate” to better control the disease), medicine entered the still unknown world of the sub-cellular microcosmos. And this search has informed the development and destiny of all 20th century medicine up until now. An evidence of this incontestable trend was the birth of “molecular medicine” that describes a smaller part of a cell as the very lieu of disease. In November 1949, Linus Pauling (1901-1994) with other colleagues published a revolutionary article, “Sickle Cell Anemia: a Molecular Disease”, in the journal Science. It was the first proof of a human disease caused by an abnormal protein. Sickle cell anemia became the first disease understood at the molecular level. Using electrophoresis, they demonstrated that individuals with sickle cell disease had a modified form of hemoglobin in their red blood cells, and that individuals with sickle cell trait had both normal and abnormal forms of hemoglobin. This was the first demonstration causally linking an abnormal protein to a disease, and also the first demonstration that Mendelian inheritance determined the specific physical properties of proteins, not simply their presence or absence.
But when you have explained the most, you don't necessarily understand better what disease is and, unfortunately, diseases don't consequently disappear. The clarity, specificity and precision of today’s medicine in explaining diseases paradoxically coexists with the mystery of new diseases that reveal the limits of analysis.

But the profile of Western medicine and culture has never been monolithic. Since the very beginning some persons and groups tried to resist this reductive trend. They initiated expression to an alternative, holistic view of disease. More recently, in the 1960s and 70s, this trend was visible with the emergence of so called Psychosomatic Medicine. This new perspective, within medicine itself, tried to compensate for the excessive isolationism in describing and understanding human phenomena. It proposed an interdisciplinary look, with an intention to explore the relationships among social, psychological, and behavioral factors on bodily processes and quality of life.

This holistic trend has not disappeared at all but rather has been enormously reinforced lately, not only in medicine but in Western societies in general. It is visible in the emergence of a more complex and heterogeneous phenomenon of alternative and complementary medicines. These health care practices, products and therapies, range from biologically plausible but not well tested, to being directly contradicted by evidence and science.

How does Adventism place itself in this historic medical scenario? The popular view affirms that our health message really represents a true alternative to this reductive analytical trend of Western medicine. But does it? What is undeniable is that Adventism chooses health as a major dimension of spirituality and anthropology as no other Christian or religious group probably does. But the originality stops here. Because our oft-proclaimed unique holism has evidently some big limitations. First, medical holism was not born with Adventism. Second, the more innovative, propulsive and diffuse holism today is not the Adventist one. Third, Adventism’s holism is and remains shortsightedly a mechanical, limited and individualistic holism. Fourth, within Adventism itself, theoretically and in the practice of its members, holism is not evidenced. It is just the same analytical, determinant trend of Western medicine. This is visible for instance in the studies, publications or initiatives of our major and almost unique worldwide medical center: Loma Linda University. There three institutions (Medical School, School of Public Health, School of Religion) co-exist but don't really interact to create a credible and corrective to the evident reductive view of today’s medicine. Some limited corrective initiatives are offered here and there as palliatives but which, in the end, keep maintaining and even reinforcing the analytical trend of our health institutions and message.