Not Unique to Adventism, But the Heart of Adventist Theology 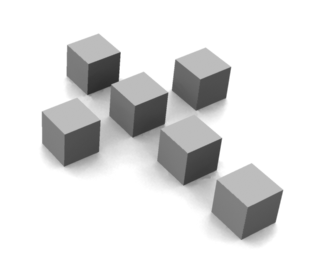 This quarter’s Sabbath School lesson is on the Great Controversy—that most distinctive of Adventist doctrines. According to the late Herb Douglass, it is the fundamental organizing principle of all Seventh-day Adventist theology, the conceptual keystone of our entire doctrinal edifice. It has also been trumpeted as an original Adventist contribution to Christian theology—the one truly Adventist metanarrative in the whole package of Christian beliefs debated, developed and hammered out over the last two thousand years. That it was basically Ellen White’s concept, her signature dogma indeed, makes it only more important to Seventh-day Adventist theology.

But how Adventist is it, really? A couple of years ago I attended a conference organized by the General Conference Archives at which the archives’ director, David Trim, remarked that a major problem with Adventist theological understanding is ignorance of wider historical theology. As a result, we tend to see distinctive SDA doctrines as unique or unprecedented contributions to theology when in fact they’re not – we’re just unaware of those who held similar points of view, sometimes centuries before.

A similar point could be taken from Jeff Crocombe’s recent doctoral dissertation on William Miller’s hermeneutics, or Robert Surridge’s slightly older dissertation on the history of interpretation of Revelation chapter 3 (which Crocombe curiously doesn’t cite). [1] Both these Adventist scholars showed that interpretations of eschatological prophecies that Seventh-day Adventists thought were unique or new to early Adventist exegetes in fact had been held and embraced by expositors of apocalyptic prophecies centuries earlier. Surridge specifically cast his dissertation as an example of Wirkungsgeschichte (a German academic term for “history of influence”). Many SDAs think that there isn’t a history of influence pre-dating Adventist apocalyptic—that the majority of our positions were original—but it’s not the case.

Recently doing my own research on the history of apocalyptic interpretation I read an article by the historian of English Puritanism, Peter Lake, about sixteenth-century English Calvinist understandings of Antichrist. Lake observes at one point:

It has to be remembered that the seemingly simple identification of the pope with Antichrist could imply a whole view of the world. By a mixture of historical system-building and scriptural exegesis fifteen hundred years of Church history became a single unitary process; a process, moreover, of which the main outlines were already known, leaving only the details of time and place to be revealed by the march of events (interpreted as always, by the light of scripture). History was seen as the great arena within which the struggle between the two opposed principles of good and evil, Christ and Antichrist, worked itself out. Given the nature of the contest there could be no doubt who was going to win. [2]

There are some familiar themes here, for Seventh-day Adventists. One is how just one scriptural application “could imply a whole view of the world.” But even more familiar is the point that: “History was seen as the great arena within which the struggle between the two opposed principles of good and evil, Christ and Antichrist, worked itself out.” Here, Lake is summarizing the views of the influential Reformed theologian William Whittaker. But it could be a précis of the views of Seventh-day Adventist pioneer, prophetess and co-founder, Ellen White!

A fair question is; Does it matter whether Whittaker or White first came up with the concept of an eternity-long “Great Controversy” between Christ and Antichrist/Satan?

In one sense, the answer is yes, since it seems to be vitally important to some Adventist dogmatists that it have been completely fresh and new to Ellen White—that she be (to borrow famous words from the dedication to the first edition of Shakespeare’s Sonnets) the “onlie begetter” of the concept of a “Great Controversy.” But in another sense, the answer is very clearly “No!”

What matters is not chronological primacy in spelling out a doctrine, but how it’s utilized and understood. Think a minute: given how crucial the Great Controversy doctrine is, according to Seventh-day Adventist theology, wouldn’t it be amazing if God had given no insight into its importance to any previous believers? In any case, the concept of an eons-old controversy between God is fairly evident in the Bible. It is difficult to miss “the biblical narratives of the conflict between good and evil,” but as respected Andrews University scholar Jerry Moon observed recently, what is unusual and important, is “White’s comments on those narratives.” [3]

How Ellen White uses the Great Controversy is original and significant. It really is her master organizational principle as Herb Douglass argued. It offers solutions to some longstanding theological dilemmas. The first is theodicy—the problem of evil—how a perfectly good God allows evil to exist and even to flourish. Of course one answer has always been that God allows His human creatures free will, but that does not resolve all the issues. The meaning of “free will” (even “freedom”) have, for example, been so debated by theologians, Christian philosophers, and ethicists that a recent study of theodicy stresses the need to define terms clearly. [4] But adding the Great Controversy dimension brings in new depth and texture, making God’s reaction to the Fall and the presence of sin on the earth more credible for a truly good deity, and easier to sympathise with.

Second, there is the issue of the Sanctuary. This has of course been a cause of conflict (a less cosmic species of great controversy) in Adventism, not least in the last 40 years. But while it is easy to reject the Investigative Judgment as an unduly anthropomorphizing God (reducing Him to setting angelic clerks to pour over record books!) and not really well evidenced in the Bible, too many make the mistake of rejecting the existence of a heavenly Sanctuary and the high priestly ministry therein of Jesus Christ—so manifestly taught in the Book of Hebrews but also supported widely throughout Scripture. The question then becomes, what is going on with Christ’s high priestly ministry, if there is no Investigative Judgment? What need do we have of “a great high priest who has ascended into heaven” (Heb. 4:14)?

The Great Controversy offers a solution here, too.  As Jerry Moon summarizes:

The great controversy theme clearly exposed and resolved the false dilemma between Christ’s work on the cross and His work in the heavenly sanctuary. As the purpose of the atonement was to heal the estrangement that sin had created within the universe of God, it was clear that the cross was the center, but not the end of the atonement. Christ’s sacrifice on the cross was perfect, complete, sufficient, and once for all. But on the morning of Christ’s resurrection, there was still unfinished business in the universe that only He could accomplish. [5]

With the Great Controversy we can have it both ways: the Cross as the final victory over Satan and Sin (something, again, obviously taught by Scripture) in one way, but also not the final act in another.

There is much more that could be said, but I’m confident much of it will be said over the next three months by the next dozen writers of blogposts on this quarter’s lesson! The bottom line, I suggest, is this: Adventists sometimes kid ourselves that the Great Controversy is original to us, when it’s not. But we’re not wrong in seeing it as something vitally important—not a unique Seventh-day Adventist contribution to Christian theology per se, but undoubtedly inimitable in the way we understand it and apply it. It is well worth a quarter’s study. It is truly the heart of Adventist theology.

1.      Jeff Crocombe, “‘A Feast of Reason’: The Roots of William Miller’s Biblical Interpretation and its influence on the Seventh-day Adventist Church” (PhD diss. University of Queensland, 2011); Robert J. Surridge, “The art of apocalyptic persuasion: the rhetorical dynamics, antecedent and history of influence of the call for Laodicea to repent; Revelation 3:14-22” (Ph.D. diss., University of London, 1999)