VIDEO: The First Adventist Women Ministers to be Ordained Share Their Stories 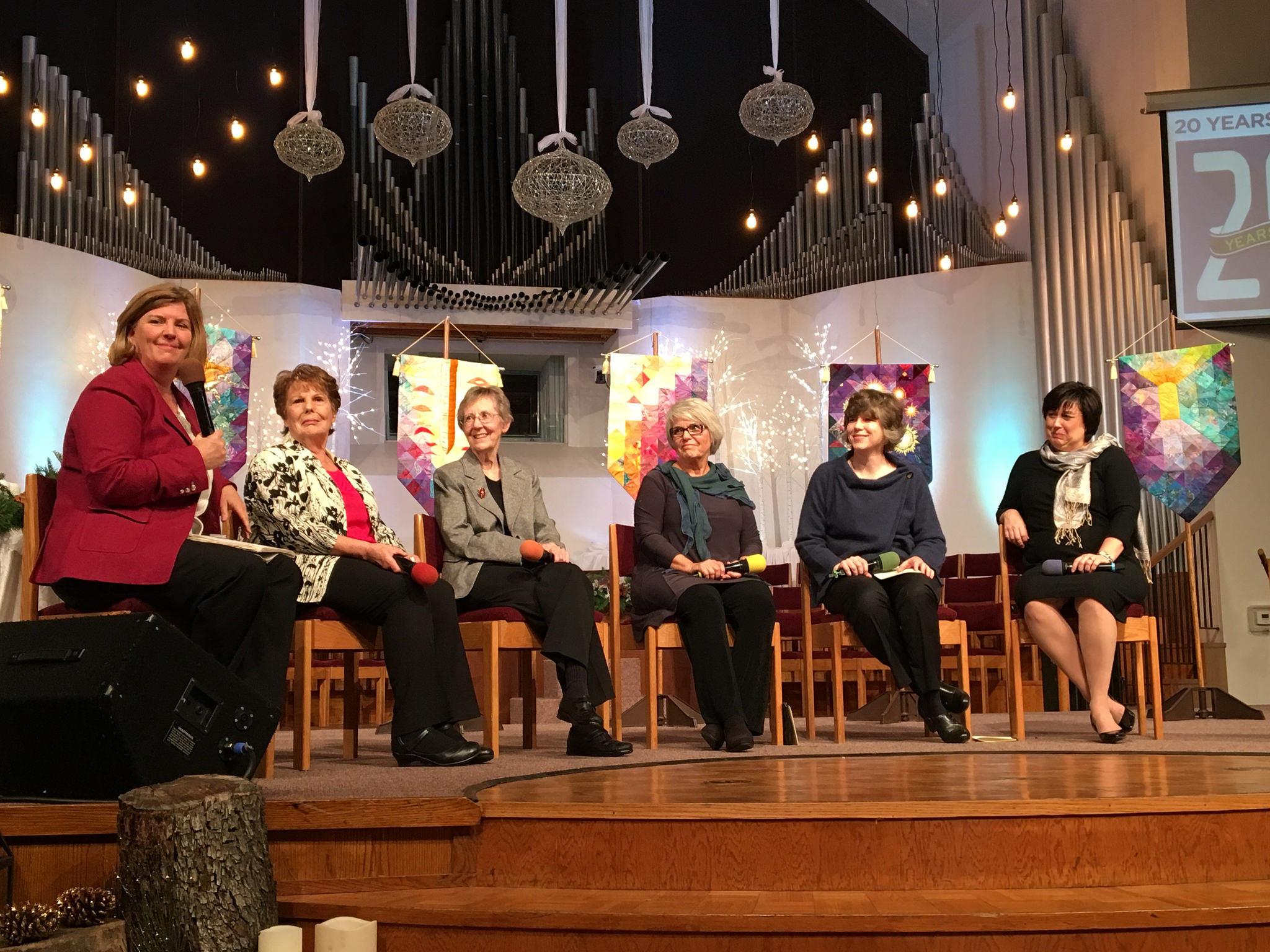 On December 5, 2015, 20 years almost to the day after the first women ministers were ordained in the Seventh-day Adventist Church, the La Sierra University Church hosted an anniversary celebration featuring those pioneering women and their stories.

On September 23, 1995, the Sligo Seventh-day Adventist Church in Maryland, under the leadership of Rudy Torres, held the first ordination service of female ministers: Kendra Haloviak, Norma Osborn and Penny Shell. In Southern Caliofornia on December 2, 1995, the La Sierra University Church under Dan Smith, ordained Madelynn Haldeman and Halcyon Wilson, and the head elder and leaders of the Victoria Seventh-day Adventist Church ordained Sheryll Prinz-McMillan, who was that congregation's sole pastor, on the same day.

Five of the six attended the 20th Anniversary Madelynn Haldeman, the sixth of the ordinands, passed away in 2005, and was represented by her daughter Kimberly.

The anniversary took place at 2:30 on a Saturday afternoon, and was hosted by La Sierra University Church Senior Pastor Chris Oberg, and Vaughn Nelson, Pastor for Nurture and Discipleship at La Sierra. Oberg welcomed those who came to celebrate and remember, and offered an opening prayer. "We remember six women from three communities and one Spirit that did this all," she prayed.

For a report of that event with photographs, see "Three Communities, Six Women, One Spirit: Celebrating 20 Years of Women's Ordination."

Below, watch the video of the event, hosted by Pastors Oberg and Nelson, and hear the ministers' remembrances: