Why Go to Egypt?

Why Go to Egypt? 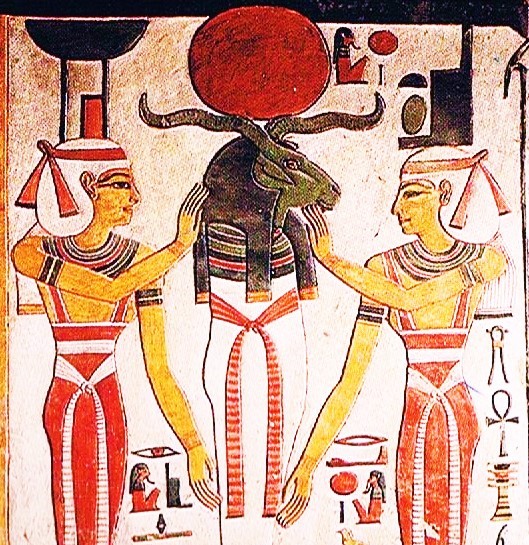 Ishmael and his men, under the order of Baalis the king of the Ammonites (Jer. 40:14), assassinated Gedaliah,who was appointed governor over Judah by Nebuchadnezzar. They also killed the Judeans who were with the governor, and Babylonian soldiers (Jer. 41:2, 3). The narrative’s description of Gedaliah as the son of Ahikam, the son of Shaphan (Jer. 40:9) traces his ancestral root to King Josiah’s scribe, named Shaphan (2 Kgs 22:3, 8, 12). On the other hand, Ishmael’s depiction of his pedigree (Jer. 40:8, 14) suggests that he came from a royal family (Jer. 41:1; 2 Kgs 25:25). The one who was of royal blood killed the one who was of a scribal family. Ishmael, who had the royal right to be the leader, murdered Gedaliah, who was appointed by the king of Babylon. Was Gedaliah murdered because of the question of legitimacy, or was it because of jealousy, or was it both?

Another question one might ask is why the rest of the Judeans would be afraid of the Babylonians’ reprisal, when they did not belong to the group of Ishmael. They were not responsible for the killing of Gedaliah. In fact, Johanan told Gedaliah about the plot to kill him, and offered to secretly kill Ishmael (Jer. 40:13-16). They could have told the Babylonians that it was the group of Ishmael who killed Gedaliah and the Babylonian soldiers. They might have reasoned out with them that they were not of Ishmael’s group.

If one will observe the men who came to Gedaliah after he was appointed governor, Johanan, the son of Kareah, was one of them (Jer. 40:8; 2 Kgs 25:23). Is it possible that Johanan, at one point may have colluded with Ishmael’s group, and then switched his allegiance when he learned of Ishmael’s deal with the Ammonite king to kill Gedaliah? There may be many unrecorded fear-based motives, generated by self-interest and self-preservation, in this situation. However, the narrative only tells us that they were afraid of the Babylonians due to Ishmael’s actions and wanted to escape them, as indicated by the following record: Johanan, with his men and the people he recovered from Gibeon from the hands of Ishmael, “went and stayed at Geruth Kimham near Bethlehem, going to enter Egypt” (Jer. 41:17, 18).

Evidently, they were heading toward Egypt to seek refuge there, but before they moved on, the people asked Jeremiah to inquire of the Lord regarding what they should do. The narrative tells us that these people were “all the princes of the troops, Johanan the son of Kareah, Jezaniah the son of Hoshaiah, and all the people, from the smallest to the greatest,” (Jer. 42:1).[1]In another place, they were named by God as the remnant of Judah (Jer. 42:15). Jezaniah the son of Hoshaiah here is different from Jezaniah the Maacathite mentioned in Jer. 40:8.[2]

When the people had an audience with prophet Jeremiah, they promised that “whether it is pleasing or displeasing” they “will obey the voice of the Lord” (Jer. 42:6). After Jeremiah received the message from the Lord and passed it on to the people, “Azariah the son of Hoshaiah, Johanan the son of Kareah, and all the proud men” (Jer. 43:2) refused to listen and denied the prophetic gift of Jeremiah. Apparently, they had asked advice and guidance from prophet Jeremiah not to receive new light or dissenting opinion, but to only seek affirmation of their own presupposed decision and plan (Jer. 42:3, 5-6; 43:2). At the outset, they had intended to go to Egypt (Jer. 41:16-18).

Because the message of Jeremiah from the Lord did not fit what they wanted to hear, they pigeonholed him as a deceiver. It is the same Hebrew root word (seqer) that Jeremiah used to describe false prophets (e.g., Jer. 29:23, 31). A serious charge indeed. Not only that, they accused Baruch, Jeremiah’s amanuensis, of inciting him to speak against them (Jer. 43:2, 3).

Apparently they had already decided to head south toward Egypt in spite of God’s advice against it. They ha already made up their mind not to stay in Judah. The group that did not listen to the prophetic voice of Jeremiah was described as “proud men” (Heb. ha’anashim hazerim). The classic book, Steps to Christ, notes, “Disguise it as they may, the real cause of doubt and skepticism, in most cases, is the love of sin. The teachings and restrictions of God’s word are not welcome to the proud, sin-loving heart, and those who are unwilling to obey its requirements are ready to doubt its authority.”[3]

After killing Gedaliah and taking captive all the people in Mizpah, Ishmael “set out to cross over to the Ammonites” (Jer. 41:10, NIV). His intention was to take people in Mizpah to Ammon. Later in the narrative, he sought refuge from the same place (Jer. 41:13-15) when his life was in danger from the hands of Johanan, the leader of the army troops. Ishmael’s choice of place to live was in Ammon. The text says that he “escaped from Johanan with eight men and went to the sons of Ammon” (Jer. 41:15). Ishmael had made up his mind to go toward Ammon.

During the time of King Zedekiah, the kings of Ammon, Edom, Moab, Tyre, and Sidon sent envoys to him to form a coalition against Babylonia (Jer. 27:3). Jeremiah’s message to the envoys was that God is a sovereign God and King Nebuchadnezzar is His servant. Thus, they would have to submit to Babylonia.

Many years back, prophet Isaiah told the people of Judah to not trust in Egypt and its power (Isa 31:1-3). Relying on them and trusting in their power would mean trusting less in God. Is it also the same reason why God did not advise them to go to Egypt? Seeking refuge in Egypt would mean trusting in human power instead of trusting their lives in the hands of God.

The people of Judah had a short memory. They quickly forgot their history with the Egyptians as their ally. During the time of King Zedekiah they withdrew their support to the Kingdom of Judah against the Babylonians (Jer. 37:7). Indeed, Egypt was not a reliable helper.

On the other hand, Jeremiah was told by God to come with Him to Babylon (Jer. 40:4), or to go wherever he wanted to go. He chose to stay in Judah, specifically in Mizpah together with Gedaliah, the appointed governor of King Nebuchadnezzar. But, when the people asked Jeremiah whether they should stay in Judah or go to Egypt, God told them not to go but stay in Judah. So, why did God tell Jeremiah to go to Babylon while He did not allow the remnant of Judah to go to Egypt? Is there something wrong in Egypt? Or is there something wrong with the people?

The message of God through the prophet Jeremiah to the Judeans was clear: remaining in the land of Judah meant blessing and protection. Abiding in the land was equivalent to life. Staying in Judah was their prosperity and would lead to the return to their own land (Jer. 42:10-12). Protection, blessings, life, and salvation were contingent upon the people trusting in God’s plan, which was to continue dwelling in the land until further notice. They were to wait on and trust in the Lord. Earlier, Gedaliah’s message was the same as Jeremiah’s. He said, “Do not be afraid to serve the Chaldeans. Dwell in the land and serve the king of Babylon and it shall be well with you” (Jer. 40:9, ESV).

When Jeremiah and the Judeans arrived in Egypt, the word of the Lord came to him once again. Through a symbolic act, he pointed out that Egypt is not a safe place. The Babylonians will invade and ruin Egypt (Jer. 40:11-14).

There was no guarantee of a safe place as long as the people of Judah were unrepentant and persistent in their idolatry, and did not heed the warnings of prophet Jeremiah. They were afraid of the Babylonians, but did not trust and respect the counsel of God. They wanted to flee to Egypt but did not want to depart from their idolatry. What they needed was a change of heart and not a change of place.

[1]Unless otherwise indicated, translations of the Bible texts are the author’s.