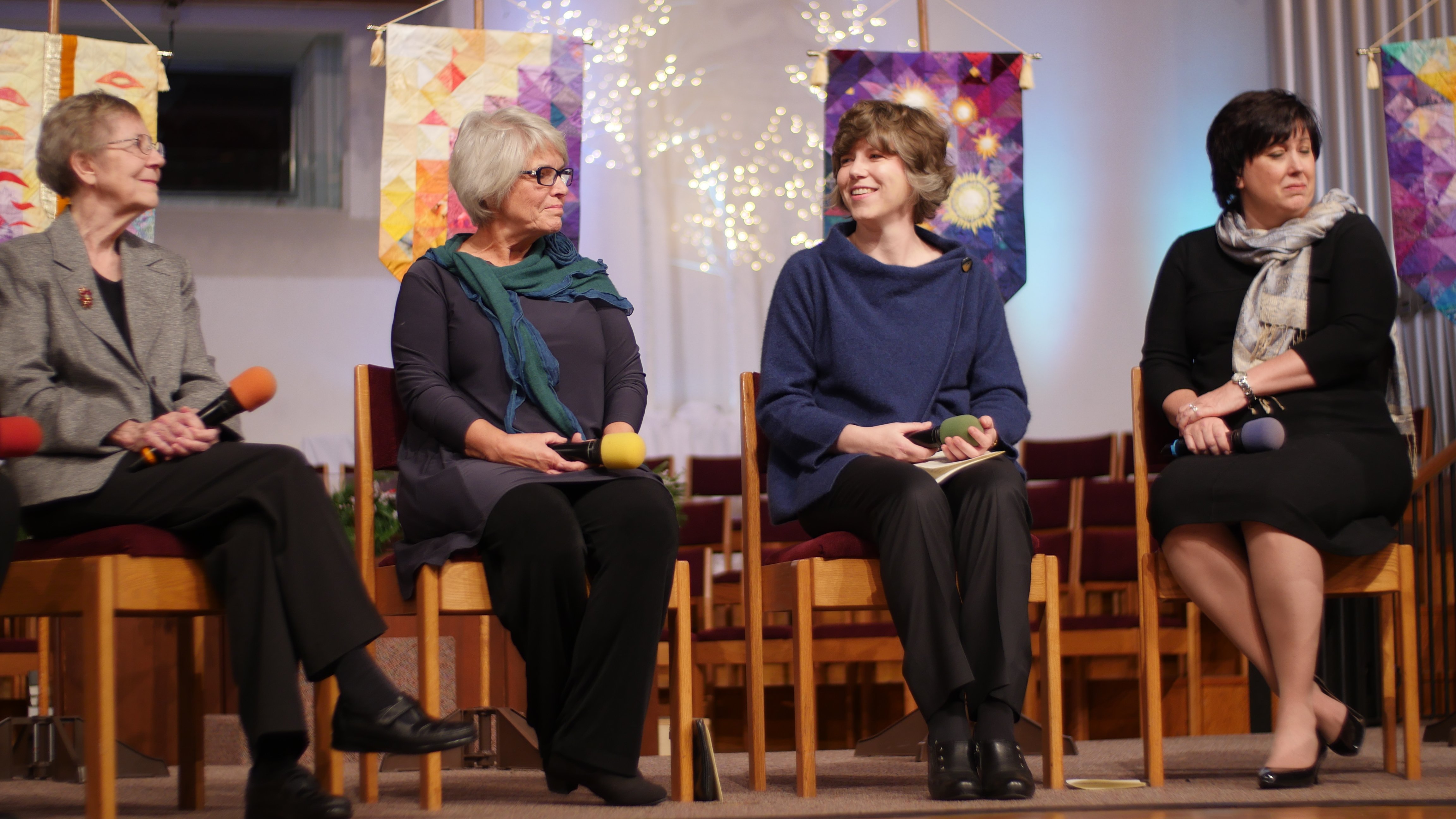 Twenty years have passed since the first Seventh-day Adventist women were ordained to gospel ministry.

By a large margin, the General Conference voted against the request of the North American Division. Only weeks later, six women in three communities were ordained by their local congregations. They were the first women to be ordained as ministers in the Seventh-day Adventist denomination.

On September 23, 1995, the Sligo Seventh-day Adventist Church in Maryland, under the leadership of Rudy Torres, held the first ordination service of female ministers: Kendra Haloviak, Norma Osborn and Penny Shell. In Southern Caliofornia on December 2, 1995, the La Sierra University Church under Dan Smith, ordained Madelynn Haldeman and Halcyon Wilson, and the head elder and leaders of the Victoria Seventh-day Adventist Church ordained Sheryll Prinz-McMillan, who was that congregation's sole pastor, on the same day.

Twenty years after those events, on Saturday, December 5, 2015, five of those six women were invited to a 20th Anniversary Celebration, held at the La Sierra University Church. Madelynn Haldeman, the sixth of the ordinands, passed away in 2005, and was represented by her daughter Kimberly.

The anniversary service took place at 2:30 on Saturday afternoon, and was hosted by La Sierra University Church Senior Pastor Chris Oberg, and Vaughn Nelson, Pastor for Nurture and Discipleship at La Sierra. Oberg welcomed those who came to celebrate and remember, and offered an opening prayer. "We remember six women from three communities and one Spirit that did this all," she prayed.

La Sierra University President Emeritus Dr. Larry Geraty provided a brief historical sketch of what transpired in 1995, and what has taken place in the Adventist Church with regards to ordination since. “As we know from the very beginning of the Adventist Church, God has called women to ministry and they have responded unselfishly and admirably, but without appropriate male recognition,” Geraty said.

Geraty traced the roots of the celebration back 42 years to Camp Mohaven in Ohio, “when a denominationally-appointed committee decided in 1973 after thorough study that there was no biblical or theological reason for excluding women from the ordained ministry.”

The year before Mohaven, Josephine Benton became the first woman elder to be ordained at the Brotherhood Church in Washington D.C. Benton became associate pastor at the Sligo Seventh-day Adventist Church in 1975.

After several disappointments at General Conference Sessions, after many women had successfully demonstrated their call to pastoral ministry,  “it became clear that the Lumbering Giant was not going to respond to the leading of the Spirit, it was left to local congregations to lead the way," Geraty said.

Following Geraty's remarks, Pastors Oberg and Nelson led a conversation with the five remaining ordination pioneers in which they shared their stories. Oberg asked the ladies to share one word summaries to describe their experiences 20 years before.

“Do you have more?” Oberg asked.

The conversation also included accounts some of the uglier moments. Nelson asked the ordinands to engage in truth telling concerning threats and violent acts that accompanied the 1995 ordinations. Halcyon Wilson uncomfortably recalled a car window smashed by a brick with a note attached. Sheryll McMillan stated that she was graciously spared the ugliness. For her, the experience was affirming and celebratory.

Ultimately, the conversation was one of appreciation, commemoration, and hope.

Following the dialogue, two young Adventist pastors responded: Kyle Dever and Chelle Webster shared their experiences, noting the struggles they've had with a denomination that continues to refuse to treat women as equals, and paid tribute to the women who have gone ahead, paving the way, and creating opportunities for new generations of women pastors.

After that, audience members were given time to share their appreciation, their remembrances, and their affirmation.

Closing, Chris Oberg and Vaughn Nelson led the congregation in a liturgical reading of thanksgiving:

Once again, banners depicting the seven churches of Revelation stood on the platform—the same banners that had been used at the 1995 ordination service at Sligo, and in the February 2013 ordinations of Ginger Hanks Harwood, Yami Bazan, and Larry Geraty (who in the 1990s turned in his credentials in protest). Kendra Haloviak was also honored at that 2013 event for her years of service as an ordained minister and professor, whose credentials the denomination has refused to recognize.

NOTE: The service was recorded on video, but some portions of the audio were corrupted. The video is being re-mastered, and will be shared here when completed. Stay tuned!