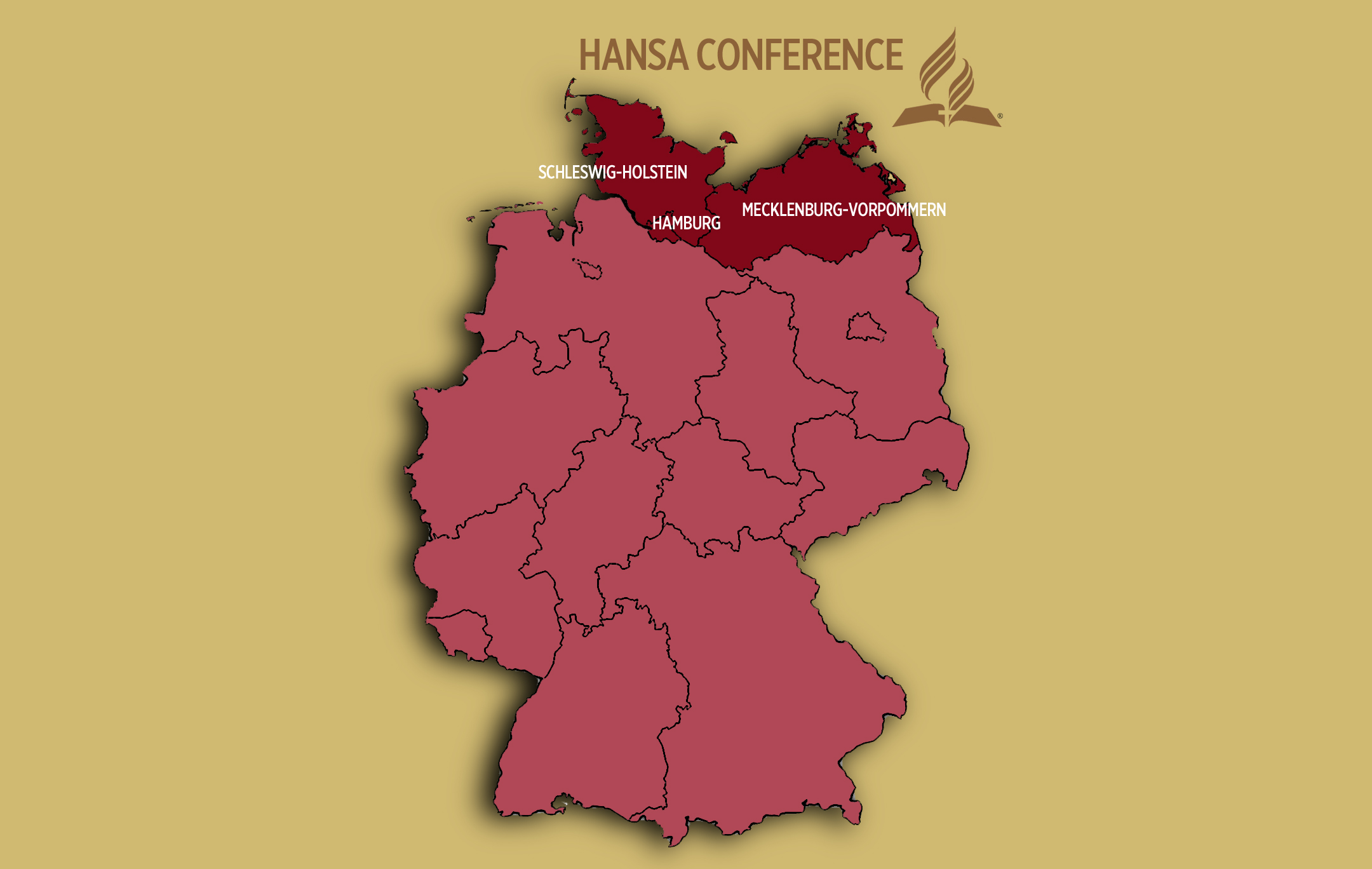 The Hansa Conference in the North German Union Conference of Seventh-day Adventists, which includes the states of Hamburg, Mecklenburg-Vorpommern, and Schleswig-Holstein, has reiterated its commitment to a statement drafted in 2012, which spoke in favor of the ordination of pastors to ministry without regard to gender.

According to a report published by the Adventist Press Service (APD) in Basel, Switzerland, Hansa Conference Vice-President Pastor Jan Kozak said that "With this declaration the Hansa-Conference wants to express a clear standpoint towards their own local churches."

On April 23, 2012, leaders of the Seventh-day Adventist Church in North- and East-Germany (North-German Union / Norddeutscher Verband, NDV) decided that female pastors working in the territory of the North-German Union may be ordained alike their male colleagues. That vote is not the policy position of the Worldwide Seventh-day Adventist Chruch, and has not been implemented so far. However, the Hansa Conference statement is a step closer to its implementation.

The following is the statement voted by the Hansa Conference on November 22, 2015:

The Board of the Hansa Conference notes with regret that the General Conference Session has not given the various world regions [Divisions] independent authority on the issue of inclusive ordination without regard to gender (ordination of women).

It is our mission to act in accordance with the gospel and to proclaim the Three Angels' Messages. With this good news the church life knows no ethnic, social or gender boundaries (Gal 3:28).

There are already indications that the San Antonio decision may alienate many of our youth, our women and other members of our church. Our proclamation of the gospel already takes place under difficult conditions. This decision has now made those conditions worse still, as it may be difficult to explain the rationale of this decision to the public. Nobody can exercise continuous loyalty outwardly when it is contrary to his or her conscience inwardly. We do not want to expose our sisters, young people and church members to such an ordeal, and therefore declare as Board of the Hansa Conference:

We continue to encourage female church members to opt for the pastoral ministry and hereby reiterate our intention, to act in accordance with the decision of the NDV [North German Union / Norddeutscher Verband] general assembly of April, 23rd 2012, which recommends pastors to the ordination in ministry regardless of gender.

The Board of the Hansa Conference
Hamburg, 22 Nov 2015