The Destruction of Jerusalem 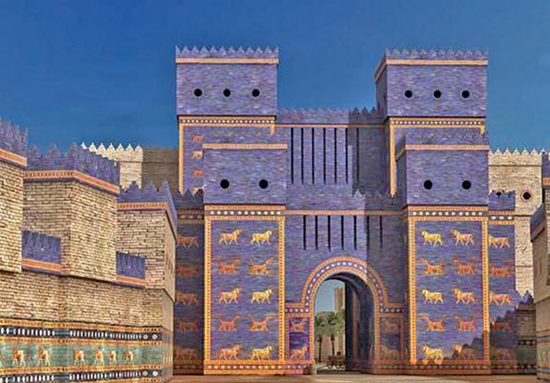 Every few hundred years, there are events that redefine a nation, a people, at its very core.  Consider the shift in internal vision and circumstance that propels, occasionally, a geographical backwater to a leading world force for a season as was Portugal, Holland, and England; or the change in values and identity that transforms a nation as with the French Revolution (“liberté, égalité, fraternité”), the Meiji Restoration of 1870s Japan that opened it to the pursuit of modernization and empire, or the Declaration of Independence that resumed the Athenian experiment with democracy after a hiatus of nearly 2200 years.

This week’s lesson on the fall of Jerusalem is one such pivotal event.  With the Babylonian sack of Jerusalem in 587-86 BC (scholars debate the calendrical correlation), biblical history turned, irrevocably, from the narrative of a small, dynastic, Levantine ethno-state, to the story of monotheism surviving, then thriving, in the intellectual theater of Hellenistic and Roman Europe and Western Asia.  Not a small accomplishment for a fringe belief!

David’s forging of the Kingdom of Israel out of internecine tribal conflict and the Philistine existential threat was a brilliant accomplishment borne on the failures of Saul and Ish-baal[1] (2 Sam 2:9-10), its first two would-be kings.  David strengthened an alliance of the wary tribes with clever political moves:  a capital in Jerusalem, a formerly nonaligned city in the buffer tribe of little Benjamin between Judah and Ephraim; the appointment of two head priests, one, Abiathar, a descendent of Eli from the northern territories at Shiloh, and possibly of Mosaic lineage, the other, Zadok, from the south, of Aaronid descent.  But such savvy is seldom seen in the sons of strongmen state-founders.  Wise as he was, Solomon sowed the seeds of eventual dissolution of the unified kingdom.  His tax-men ravaged the twelve districts he created crosscutting old tribal boundaries, casually leaving his home tribe, Judah, exempt from the rolling monthly “forced labor” (the same term appears in Exodus referring to the taskmasters as “officers of the missîm”).  A grudge over royal succession bygones drove Solomon to exile Abiathar, the northern priest, to the town of Anathoth, over a hill to the northeast of Jerusalem.  And here we telescope through 400 years to find Jeremiah of Anathoth, a son of the priestly family of Hilkiah, who some have suggested was Hilkiah the former High Priest, prime mover of Josiah’s recent reforms.  Certainly the timeline adds up.

With Josiah, killed by a random arrow piercing between the armor at Megiddo in 609 BC, died the hope of a Davidic restoration of Israel.  The dashed hopes were too profound to articulate.  He had been the hope of Israel.  Jeremiah wrote a lament for Josiah (2 Chronicles 35:25).  Who since David had served God as fervently and whole-heartedly?  The successors were washes:  a son, Jehoahaz (reigned 3 months), a second son, Jehoiakim (reigned 11 years), then grandson, Jehoiachin (reigned 3 months), then, third son Zedekiah (reigned 11 years).

Jeremiah’s theology also lines up with Hilkiah’s discovery of the law scroll in the temple during Josiah’s reign, commonly identified as the book of Deuteronomy.  If Hilkiah of the scroll discovery were his father, it might explain Jeremiah’s deep connection with Deuteronomy.  Scholars have noted the deep interplay in language, phrasing, and theological perspective between the two works.  The book of Deuteronomy is the charter document for the history of Israel as recounted in the historical books of Samuel, Kings, and Chronicles.  It sets out the promise of national prosperity based on faithful adherence to the tenets of the covenant between God and the people of Israel.  The curses are outlined as the sure result of disobedience.  The Davidic kingship becomes the incarnation of God’s ideal leadership of Israel.  As marked out in Kings and Chronicles, unfaithfulness on the part of individual kings leads to national collapse, and ultimately, with a succession of bad kings, exile.  With this in mind, Josiah, who “did what was right in the eyes of the LORD and followed completely the ways of his father David, not turning aside to the right or to the left” (2 Kings 22:2 NIV) was the last great hope for deliverance as the Babylonian war machine plowed through Assyria and down toward Judah.  But would the last king of Judah listen to the words of warning?

Jeremiah of Anathoth is positioned as an outsider to the royal court of Zedekiah.  Not that Jeremiah was unknown to the king.  Far from it.  But he seems to have been rather unpopular (e.g. Jer. 36-38).  As Isaiah was sawn asunder by good-king Hezekiah’s errant son, Manasseh, it seems unlikely a reforming high priest would be favored by Josiah’s counter-reformist successors.  However, Zedekiah gave some thought to Jeremiah who was particularly hated by the elites of Jerusalem.  Why?

One must look back a century to the time of Isaiah and Kings Ahaz and Hezekiah.  When the Assyrian empire was expanding west and gobbling up small states in Syria with an eye cast south toward Damascus and Israel, the kings of those two states, Rezin and Pekah, tried to force Judah to join the anti-Assyrian coalition.  Isaiah advised Ahaz to decline this fatal resistance, and when the combined Syro-Ephraimite forces besieged Jerusalem, Isaiah proclaimed the sign, “A young woman shall conceive and bear a son, and shall call his name Immanuel (meaning 'God is with us'). He shall eat curds and honey when he knows how to refuse the evil and choose the good. For before the child knows how to refuse the evil and choose the good, the land before whose two kings you are in dread will be deserted" (Isaiah 7:14-16 RSV).

Jerusalem didn’t fall.  Damascus and Samaria were subsequently crushed by Assyrian armies.  Jerusalem alone stood between Assyria and the borders of Egypt.  But time passed, and when Hezekiah later rebelled against the Assyrian indemnity incurred by his father, the Assyrians returned to crush Judah.  Again, Jerusalem was spared, miraculously to those who observed: the Egyptian army advanced causing Assyrian recalibration; multitudes of the Assyrian army were slain; rumors called home the Assyrian king—all of these explanations are given.  But what capital had ever survived the Assyrian war machine? From this grew what scholars now call the “Jerusalem orthodoxy,” a theological belief held by many in the city during the 7th century BC, that God would always spare His city.  Its divine charter would never fail.  The Davidic promise was irrevocable; a scion of David would always sit on the throne in Jerusalem.

Jeremiah begged to differ.  He fearlessly proclaimed a different vision of divine favor.  Jerusalem, no less, would be held to the Deuteronomic covenant.  Jeremiah minced no words, “This is what the LORD says: Do not deceive yourselves, thinking, 'The Babylonians will surely leave us.' They will not! Even if you were to defeat the entire Babylonian army that is attacking you and only wounded men were left in their tents, they would come out and burn this city down” (Jeremiah 37:9-10 NIV).

And so it was.  On the 10th of Av in the lunar calendar (Jer. 52:12), Nebuzaradan, commander of the imperial guard, “set fire to the royal palace and the houses of the people and broke down the walls of Jerusalem” (Jer. 39:8).[2]  The unthinkable had happened.  Jeremiah had been right.

Now Jerusalem was a pile of rubble.  The temple smoldering embers.  The earthly residence of God, demolished.  The survivors would grapple with the meaning of this loss.  How could exiles worship without temple and priesthood?  Could sin be remitted in a foreign land without priestly intercessor and temple institutions?  Would prayers to God be potent in a foreign land full of foreign gods?  How did the foreign nations fit into God’s plan?

And so this was the next of those redefining pivot points of history for the Judahite nation, henceforth to become known as Jews.  Theological views were stretched and broadened.  Belief in the universal God spread with the Jewish diaspora, to the point that in the 1st century AD, “God-fearers,” those who believed in the Jewish monotheistic God but didn’t fully convert to Judaism, proved ready converts to early Christianity.  The rapid expansion of Christianity wouldn’t have happened without this groundwork.

Sometimes it is the crushing collapse of certainty and cherished dogmas that ushers in a wider view of God and His plans.  But Jeremiah would have us hold fast our faith.  “For I know the plans I have for you," declares the LORD, "plans to prosper you and not to harm you, plans to give you hope and a future”  (Jer. 29:11).

[1] Later referred to as Ish-bosheth, substituting bosheth (shame) for baal.

[2] According to the Mishnah (Taanit 4:6), the fire began on the 9th of Av and burned through the 10th, thus aligning with the destruction of the 2nd temple on the 9th of Av, both thus being commemorated on the day of mourning, Tisha B’Av.

Kent V. Bramlett, Ph.D. is Associate Professor of Archaeology and the History of Antiquity at La Sierra University's HMS Richards School of Divinity.