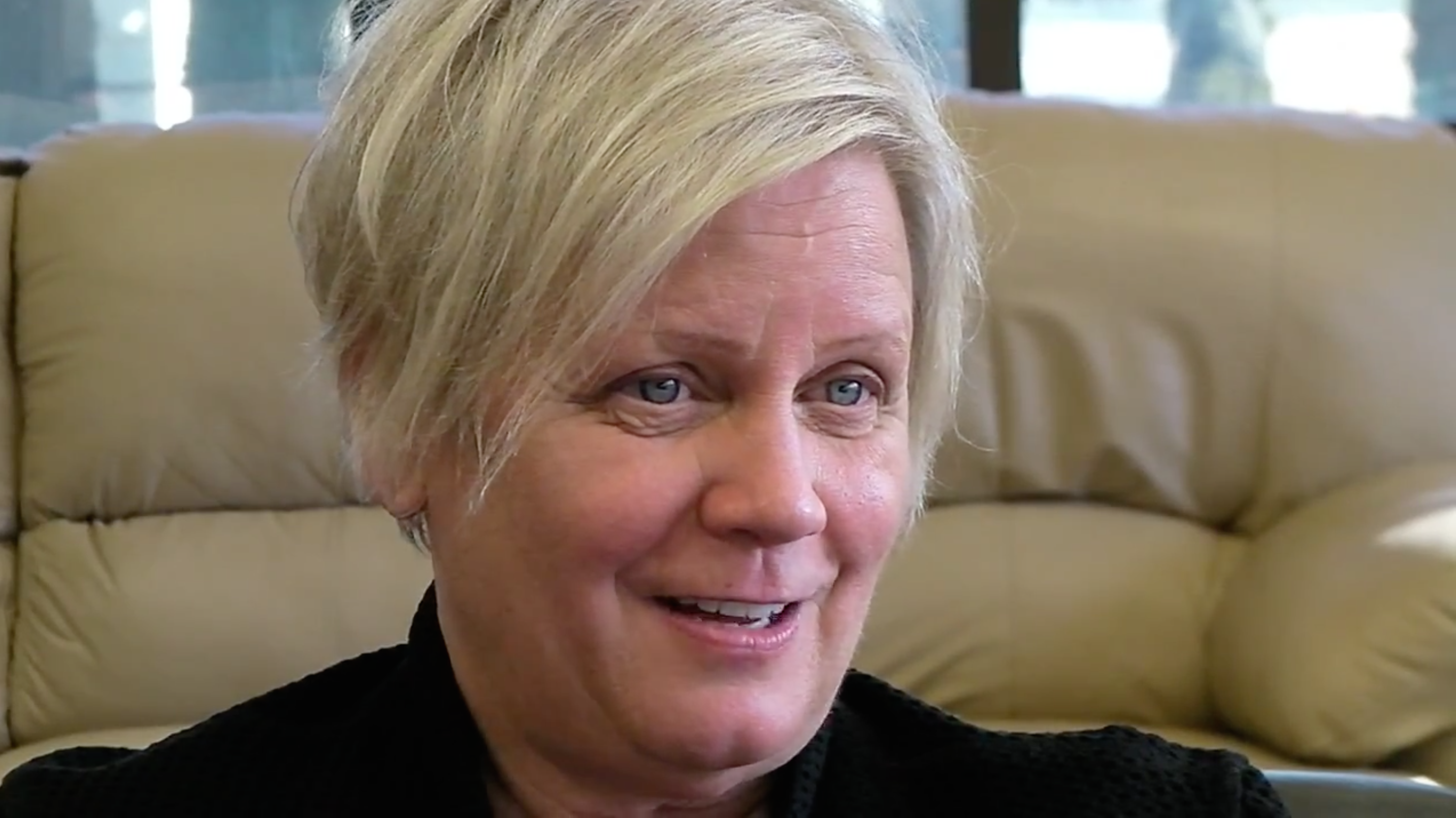 A day after two shooters identified by law enforcement as Syed Rizwan Farook, 28 and Tashfeen Malik, 27 went on a shooting rampage at the Inland Regional Center in San Bernardino, California, the Seventh-day Adventist community has responded to the violence at its doorstep.

The Adventist Review published a story about Amanda Gaspard, a Seventh-day Adventist who was in charge of the event at the Inland Regional Center where the shooting took place. Gaspard was injured, but her injuries were not life-threatening, which the Review called miraculous.

On Wendesday, Loma Linda University Medical Center, an Adventist Level 1 trauma center, received and treated five who were injured in the violence according to hospital spokesperson Briana Pastorino. In total, officials confirmed 14 dead and at least 21 wounded in the shooting spree.

I spent Wednesday to Loma Linda as shooting victims were transported to the LLUMC emergency room. See my story here.

On Thursday morning, I joined national and international media at the corner of Center Street and Center Place in Redlands, California in front of the residence where Farook and Malik were said to have prepared their deadly attack. Local and federal officials recovered a large cache of ammunition and bomb-making devices from that Redlands town home. 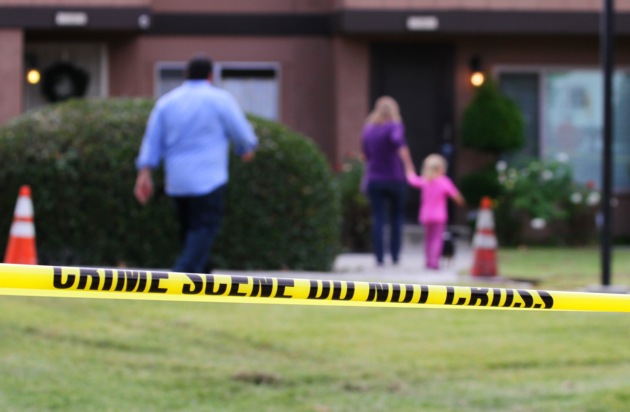 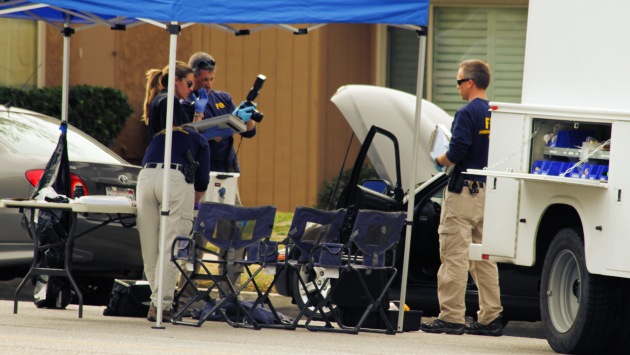 I witnessed FBI Evidence Response Team agents setting up a tent and tables in front of the residence for processing evidence. Investigators were seen in white suits with blue gloves closely, methodically examining a black Lexus parked in front of the house. Local police had the area cordoned off, allowing only local residents in and out of the secured perimeter.

Only a couple of blocks away from the scene of that investigation, Redlands Adventist Academy was closed for the day. I spoke with RAA Vice Principal Adam Weeks as he was leaving the campus Thursday afternoon. Weeks said that on Wednesday, while the San Bernardino shooting, subsequent police chase, and officer-involved shooting unfolded nearby, the K-12 school was placed on a “modified lockdown.”

“We kept kids in place, we made sure that all the doors were locked, and that exits and entryways were all monitored by security--the school’s maintenance worker--to make sure that no one was coming in or coming out,” Weeks said.

The school sent text message alerts to parents to update them on the situation throughout the day, until students could be picked up and taken home.

While other area schools remained open on Thursday, Weeks told me that RAA administration made the call around 9:00pm Wednesday night to cancel school on Thursday. Classes were set to resume on Friday, with counseling services being made available as needed, Weeks said. He also noted that while not directly related to Wednesday’s violence, RAA has invested some $70K in a new fence that will span the front of the campus, moving the existing fence to the back of the campus. The school will also create a $500K administration building at the front of campus, all in an effort to make the campus safer when incidents like this occur. 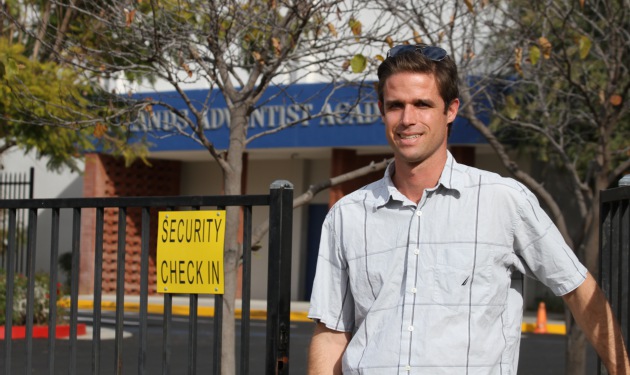 I drove past Loma Linda Academy, located approximately 2.5 miles away from the Inland Regional Center shooting. The school was open for classes on Thursday, and I saw students at recess on the elementary side of campus, playing in the field and playground facing Anderson Street in Loma Linda.

Loma Linda University, just across the railroad tracks from the academy, resumed classes Thursday after having canceled afternoon classes on Wednesday.

Sandra Roberts, President of the Southeastern California Conference of Seventh-day Adventists (title image above), the territory in which Redlands, Loma Linda and San Bernardino are located, issued a statement Wednesday in response to the violence.

“The Southeastern California Conference is shocked and saddened by the tragic mass shooting that occurred yesterday, December 2, in San Bernardino, a major city within our territory,” Roberts said.
“It is difficult to express the feelings that such a heinous and violent crime have left us with. We struggle that in our country and in our own backyard we must yet again mourn the loss of the lives of God’s children.”

Roberts called for an “open conversation as to how hatred and violence can be ended.”  Denouncing acts of violence, Roberts said, “It is time for our churches and our members to become advocates for love and peace.”

North American Division President Daniel R. Jackson also issued a statement calling for prayers for victims of the violence, including the 6-month-old child of the two shooters. In strong language, Jackson called for an end to gun violence, saying, “This type of senseless violence has no place in this country or in this world. It is tragic that once again we mourn the lives of 14 innocent people who did not need to die. This is the highest number of people killed in a mass shooting since the Sandy Hook massacre, which claimed the lives of 20 children and six adults. Both tragedies were carried out with assault weapons. “Along with our heartfelt prayers, it is time that something is done to address the pandemic of gun violence," Jackson said. "It is time that we say no to these tragic massacres that have become commonplace in the United States. It is time that we do something to find solutions to put an end to this pervasive problem. We pray for the day when children and adults can live their lives without fear. Blessed are the peacemakers, for they will be called children of God” Matthew 5:9 (NIV).

Ted N. C. Wilson, president of the General Conference of Seventh-day Adventists, expressed condolences through a post on Facebook. Wilson said, “Our hearts go out to the families who have lost loved ones in the tragic shooting in San Bernardino, California. I have personally prayed for these families, for San Bernardino, for the wounded, including Amanda Gaspard, a church member, and for Loma Linda University Health, where a number of the wounded have been treated.”

President Wilson tied the shooting event to his anticipation of the “End Times” saying, “These events and other developments tell us that the biblical, prophetic understanding of the great controversy theme is being fulfilled. As Seventh-day Adventists, let us be fully committed to our complete need of Christ and His righteousness as we lean on Him for our every need.
Let us boldly and happily proclaim the powerful good news of Christ’s salvation, the three angels’ messages centered in Christ’s righteousness and our Lord’s soon second coming. What a message of current and future hope we have to share with people living in a world that increasingly appears to be disintegrating.”