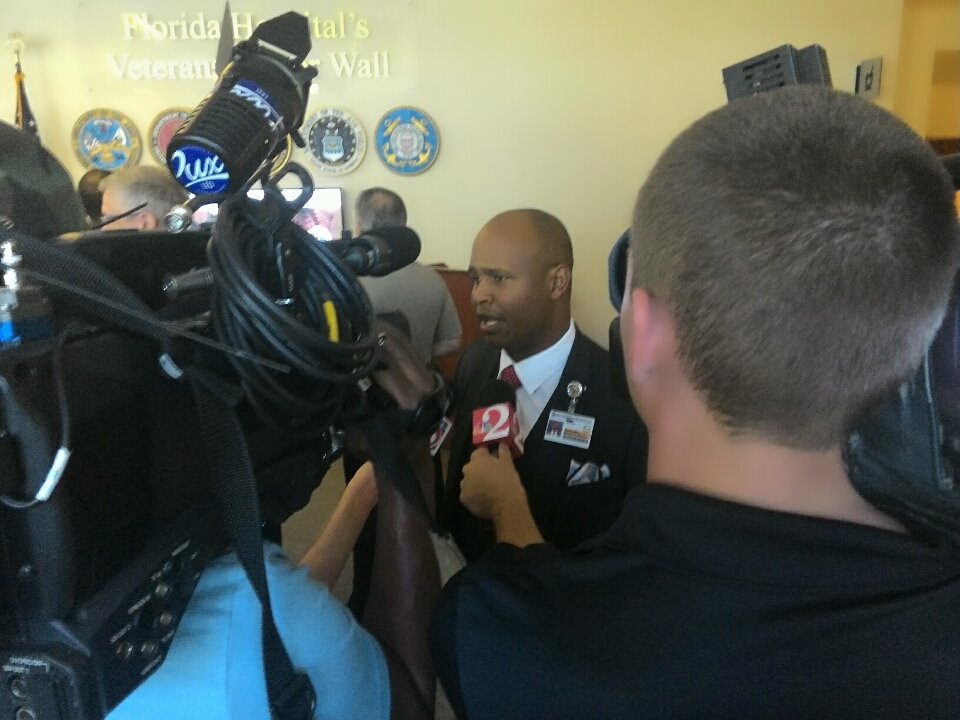 Florida Hospital Unveils Wall Honoring Veterans. Florida Hospital marked Veterans Day, a federal holiday in the United States, with the unveiling of a Veterans Honor Wall. The project began with an employee comment card, suggesting a way to honor American veterans. The wall includes the seals of the five branches of the U.S. armed forces, as well as a video monitor that displays photos and information of the 150 veterans who are employed at the hospital. From Orlando's News Channel 6, "Florida Hospital unveils Veterans Honor Wall."

Ghana Adventist Hospital Employees Attacked. An attack on nurses in the Tamale, Ghana Seventh-day Adventist hospital caused its temporary closure.  A 26-year-old man became angry when nurses asked him to go outside to continue his phone call.  He and other men returned to the ward and assaulted several nurses. One of the men is now in jail. From Ghana Web, "Prime suspect in Tamale SDA Hospital mob attack remanded."

Proton Accelerator Targets Veterans' Chronic Pain. A study evaluating reduction of chronic pain for U.S. military service members and veterans, using proton therapy, is being conducted at the LLUCC Department of Radiation Medicine and James M. Slater, MD, Proton Treatment & Research Center.  Jerry D. Slater, MD, chairman and medical director of the center said, “We hope that by neutralizing the pain, we can help decrease the need for pain medication, which not only is expensive, but can also have disabling side effects.” From Business Wire, "U.S. Military Veterans With Chronic Pain Could Find Relief From Proton Therapy."

Maryland Hospital Finds Algorithm Key to Retaining Employees. Adventist HealthCare’s hospitals in Maryland saw have reduced employee turnovers by 30 to 50 percent using an algorithm that could identify employees who most suit the organization.  Turnovers cost thousands of dollars that can now be saved, according to Bill Robertson, who was chief executive officer of Adventist at the time. From Bloomberg, "Can an Algorithm Prove You Won't Quit Your Next Job?"