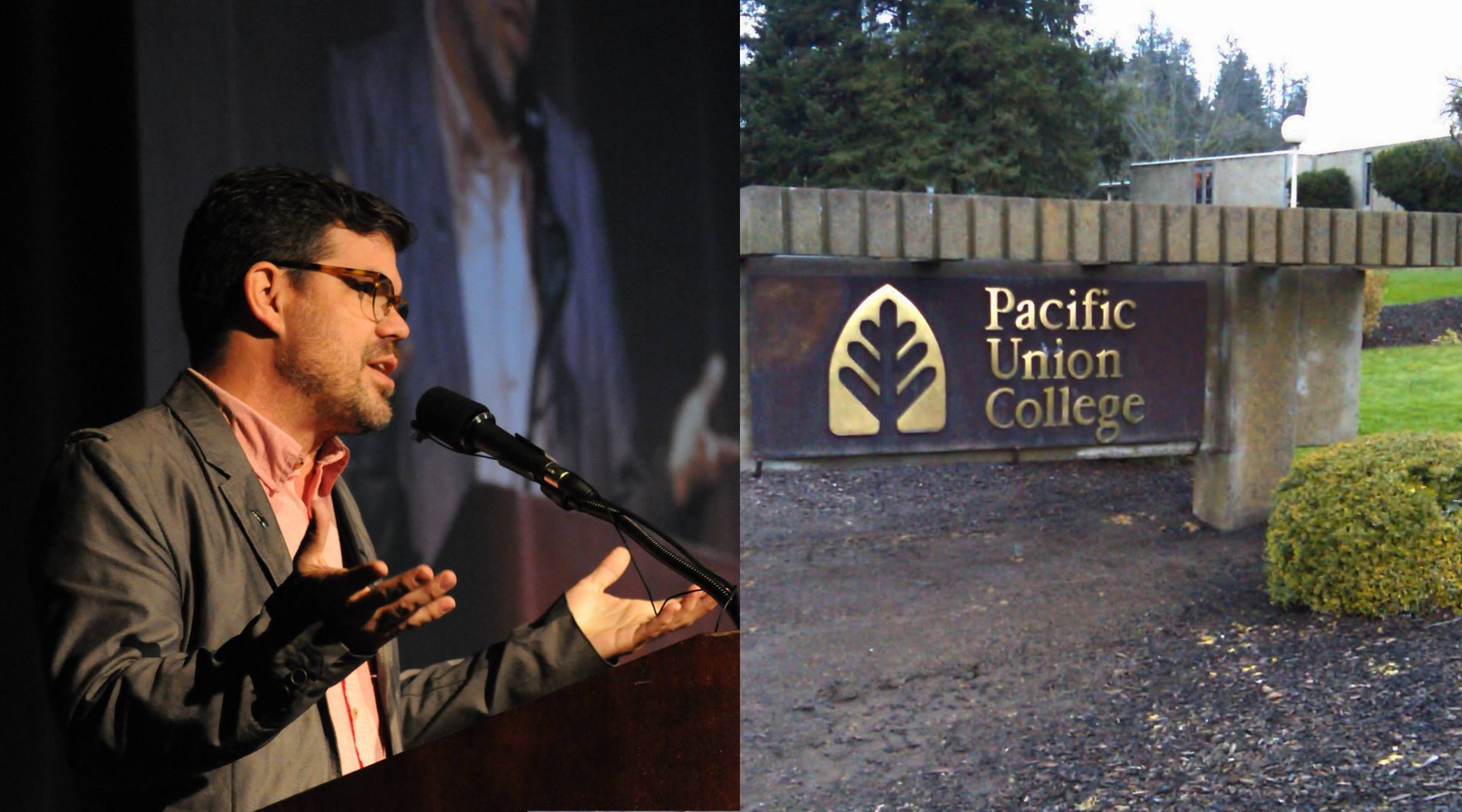 Former Adventist Pastor-turned-humanist, Ryan J. Bell, was disinvited from speaking to students at Pacific Union College "to keep the institution true to its mission as a Seventh-day Adventist institution of higher learning owned and maintained by the Adventist Church," university president Heather Knight said.

Bell, who spent 2014 undertaking a project he called "A Year Without God," has since announced that he no longer finds belief in God compelling, and has launched a new project called "Life After God." Bell had been scheduled to speak yesterday for the Psychology and Social Work Department Colloquium (PSYC/SOWK 394). Through Academic Dean Nancy Lecourt, Bell received word that his invitation to speak had been revoked (Lecourt declined to comment on this story).

Pacific Union College president Heather Knight told Bell in an email, sent to Spectrum in response for a request for comment, that the university is interested in "bringing guest speakers to our beautiful campus who can help our campus community to strengthen their faith in our wonderful Creator God."

Bell responded to the disinvitation with an open letter addressed to President Knight. He recounted his journey from conservative Adventist (he refused to read Voltaire in Nancy Lecourt's English class at PUC in 1989 because of Ellen White's disapproval of fictional writing) to humanist and atheist, and suggested that the disinvitation had to do with fear and with public relations:

Of all the places in our rich democracy where students should be exposed to the great variety of competing ideas, it is college. Our students don’t need protection either. The world they are entering is full of uncertainty and confusion. In the face of the instability and uncertainty, we should not attempt to dam up the oceans; we should teach our kids to swim.

This is why the fear, demonstrated by your decision to disinvite me, is so disheartening. The students don’t need to hear from me, specifically. There are hundreds of other sources of good information, including their first class professor, Aubyn Fulton. But when an institution of higher education censors ideas that it finds threatening, it ceases to fulfill its primary mission.

I realize this decision may have had little to do with the content of what I might say and more to do with public relations. With enrollment numbers down and the challenges involved in managing a college, it must be incredibly difficult to balance all the competing interests.

Knight responded in her email to Bell with the suggestion that at an Adventist institution, religious education supercedes exposure to a bredth of ideas. She wrote,

Thank you for understanding the complex roles and responsibilities of college and university Presidents today, especially, perhaps, in faith-based institutions where there are many important spiritual and moral commitments to honor and affirm as we have a sacred trust to perform in terms of our students and their families who have entrusted them to us.

I know that as a Pacific Union College alum and former Seventh-day Adventist pastor, you understand these spiritual commitments well even if you no longer believe them nor subscribe to them.  In fact, you may also recall that the PUC Seal contains the official school motto, "They Shall Be All Taught of God," so it would be quite inconsistent to provide a public forum on our campus for a project focused on "Life After God."

Bell further argued that restricting students' exposure to ideas outside of the Adventist canon of ideas would create suspicion of the church rather than confidence in what the church teaches.

To those who are concerned about the effect my lecture may have on young students who are struggling with their faith, I believe this decision will do more to solidify their skepticism and frustration with institutionalized religion than anything I might say. My presentation was not calculated to sow doubts in the minds of your students. To be clear, they already have doubts, but they have few people to whom they can safely express those doubts. Banning controversial ideas from campus only increases their suspicion that the church’s claims of truth are not as secure as they are told.

Knight was insistent that it was not only the right of the college to disinvite speakers like Bell, but also the institution's obligation.

As an educational ministry of the Seventh-day Adventist Church, PUC's core mission is to develop and build up the faith of its students by providing a context for rigorous teaching and learning, which highly prizes multiple perspectives, and which also affirms, unequivocally, a powerful Adventist faith and worldview.  We are, therefore, interested in bringing guest speakers to our beautiful campus who can help our campus community to strengthen their faith in our wonderful Creator God.  As you stated so accurately, there will be many challenges to face when individuals leave our campus.  I myself have faced these very challenges in a successful academic career that spanned 18 years working in secular higher education, and by the grace of God, I was able to overcome them and to hold on to my powerful faith.  This is the example that I would like to give our precious students here at PUC.  This has nothing to do with fear itself, but rather the fear of God, which is the beginning of true wisdom.
[...]
I was well aware of how this decision would be perverted by some to create a negative firestorm on Social Media, for example.  Please know that this decision was not made to hurt you in any way, but rather it was made to keep the institution true to its mission as a Seventh-day Adventist institution of higher learning owned and maintained by the Adventist Church.

Both Knight and Bell appealed to truth in closing. "Yours in the pursuit of truth," Bell wrote. "In His Truth," Knight replied.