The Great Disappointment of 2015: The De-Valuing of Women 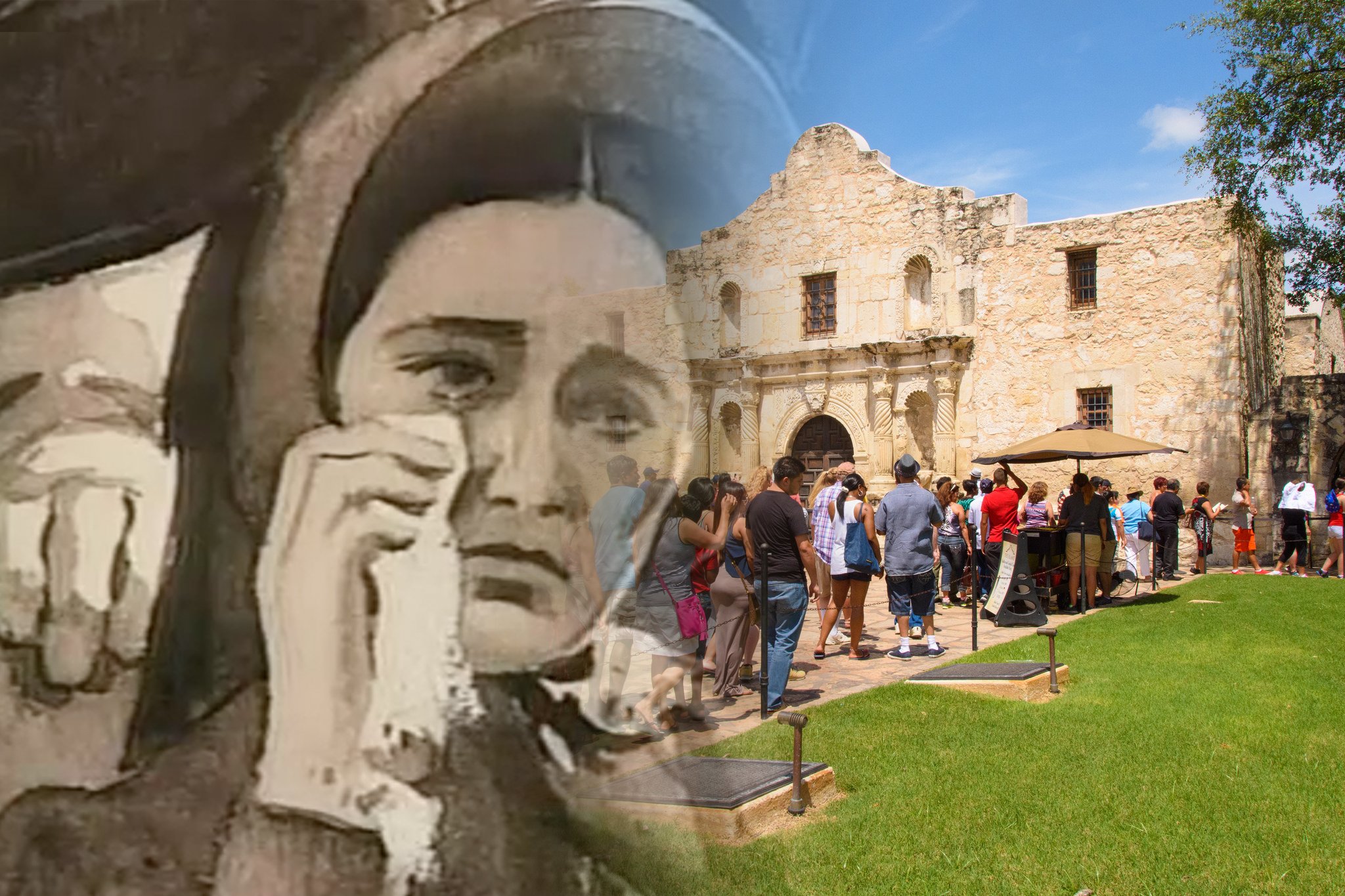 In the weeks leading up to today, October 22, 2015, I’ve seen numerous articles about the Great Disappointment of 1844 sprouting up around the internet. Some are humorous, others poignant and thought-provoking. Many mention the more recent heartache of the General Conference Session in San Antonio, that some are calling, aptly, “The Great Disappointment II.”

1844 seems a very long time ago. Trying to ponder an event that happened (or in this case didn’t happen) over 170 years ago is probably especially difficult for those of us who are only in our twenties and early thirties. On the surface, it seems so far removed from the church today. But in the aftermath of that day so many years ago, what those believers were feeling and experiencing is undoubtedly not so far removed from those of us who experienced #GCSA15. Granted, presumably none of the attendees at GC 2015 sold all their possessions and fields to take up the night watch. Those peripherals aside, I think the tears, the fear, and the wondering, “what just happened?” were present at both.

I had never been to a General Conference Session. I’d been told it was like a big campmeeting - a reunion with people I hadn’t seen since childhood, a chance to see Adventists from around the world in their traditional attire, all of us celebrating together as one big happy family. All air and light and everything nice.

Thanks to this cotton candy-infused description, I was completely unprepared for my crash course in the dark side of Adventism: dirty politics, the boycotting of an expensive electronic voting system, and the multitude of delegates who arrived in San Antonio (all expenses paid by the GC, mind you), but couldn’t manage to find their way to the Alamodome to vote on important issues like youth ministries, missions, and the rewriting of our Fundamental Beliefs.

These were all disappointments over that 10-day period, but the most disheartening part of the Session for me was observing the lack of value placed on the women of our church. Delegates on the floor, individuals stopping by the Spectrum booth, and Adventists proclaiming “The Truth” over Twitter, reminded me and the other women present that the value a woman has to the church and to God is as a wife and mother. For women like me who are neither of these things, the message that we are worthless from those presuming to speak for the church was crystal clear.

I absolutely agree that being a wife and being a mother are high callings. The highest callings as one female delegate stated? For some women, perhaps. The only callings, as I was told repeatedly by well-meaning men (and a few women) throughout the course of the Session? On that, I will vehemently disagree. Not all women are called to be wives. Not all women--wives or otherwise--are called to be mothers. God’s blessings to women are not limited to these roles, and we do a disservice to the women in our church by perpetuating the belief within our homes, from our pews, and from our pulpits.

On the first Sabbath of General Conference, two young men, barely old enough to grow facial hair (and not old enough to do so very successfully) approached the Spectrum booth and zeroed in on the two youngest women there: me and our writing intern, Rachel. They had clearly come looking for a fight regarding women’s ordination and a woman’s role in general, and proceeded to throw mis-contextualized Bible verses and Ellen White quotes at us for the next 30 minutes.

One of them had brought his little sister, perhaps 10 or 11 years old, in tow, and she remained quiet (seen but not heard, as a woman should), partially hidden behind her brother. As the boys were losing steam with their antiquated arguments, I turned to the girl.

“What do you think about all this?” I asked.

She looked first to her brother and then to his friend before replying, “Well…as a woman, my role is as helper to the men.”

It broke my heart that a girl her age had already internalized the lie that she has no value outside of what has been defined for her by the men in her life.

“What would you like to be when you grow up?” I continued.

She seemed surprised to be asked, as if no one had ever posed this question to her before. Maybe no one had. She responded with, “Oh…I don’t know…I mean, I’ll be raising my kids, of course.”

The boys nodded in approval. But then she looked up shyly and added, “And…maybe…I’d like to be a nurse, too.”

The boys were less than thrilled with this off-script answer. “Those are both admirable goals,” I said. “It sounds like you’re very compassionate and have a heart for helping people.”

The boys ushered her away after that, and though they came back to the booth days later, to gloat about the women’s ordination vote, they didn’t bring her along this time. Too dangerous for her to be around an educated, single woman, perhaps. I wonder if that little girl even remembers our conversation now, over three months later. Even if she doesn’t, I hope she holds on to the idea that she can be and do anything she wants. That she’s not defined by what men or the church have told her; that she can decide her own goals for herself. God has given her talents that are uniquely hers, and He desires that she uses them. Those talents may be in the realm of child-rearing, or medicine, or rocket science, or preaching. I don’t know, and neither does the church. But what I do know is that no one should stand in her way or try to exert their will, or even more harmful, their idea of God’s will, over her.

A few short days after this incident, Women’s Ordination day was finally upon us. I inadvertently found myself sitting in what was clearly an anti-women’s ordination section of the Alamodome. As the day progressed, the level of vitriol toward not just the issue at hand, but women in general, became evident. Points of order were used as weapons to prevent supporters of women's ordination to speak. When Elder Jan Paulsen was given a reserved speaking spot, he was booed from the floor by delegates who were furious that he spoke in favor of ordaining women. Though everyone was asked numerous times not to clap when the decision was read, loud cheering and shouts broke out all around. It was the first time I’ve ever felt unsafe surrounded by people who profess to share my faith.

The fact that the women’s ordination vote has proven a catalyst for underhanded politics and threats against female ministers is very telling of the tumultuous state and waning mental health of our church. How quickly we forget that the Christian message of our risen Savior was built on the backs of women (Matt 28, Mark 16, Luke 24, John 20) and our own Adventist denomination has the works of an ordained woman interlaced throughout our teachings, even permeating our Fundamental Beliefs which used to be (until about three months ago) sola scriptura.

Though the great disappointment of our ancestors and Adventist founders seems long ago, our fervent belief in our own rightness and righteousness is just as relevant today as it was then. The disappointment of 1844 was so great, it fractured the community of believers who had all stood united under an overarching belief in Jesus’ soon return. When they split apart, a new church, our church, rose from the ashes and declared itself the remnant, the chosen, the truth-holders.

When I look at the church today, I see fissures splitting open and deep divides appearing that threaten to split us apart again. Because of San Antonio, those on both sides of the women’s ordination issue have drawn battle lines and shout their rightness from the mountaintops. I think many expected the dust to settle by now on this issue, but if anything, the dust cloud seems to be getting larger, gaining momentum, and threatening to blind us all.

I don’t know what will happen. Maybe this merry band of believers will split apart--once again due to a disappointment too great to overcome. Maybe it should. The only thing I know for certain is that my patience with this devaluing of women in the name of God and Holy Scripture has officially run out.

I look around now, 171 years after Adventism began to take shape under the leadership of a woman, and I see the women of this church poised to take Adventism back. I see more and more men standing in solidarity with us, potentially sacrificing their own futures within our church for a cause they so fervently believe in, too. We are on the cusp of creating a better future for the church and all the young Adventist girls who have had their worth narrowly defined and their value reduced to a quantity that doesn’t threaten their male counterparts. The question now is: will there be enough women left in our church in the aftermath of the Great Disappointment II to answer the call?