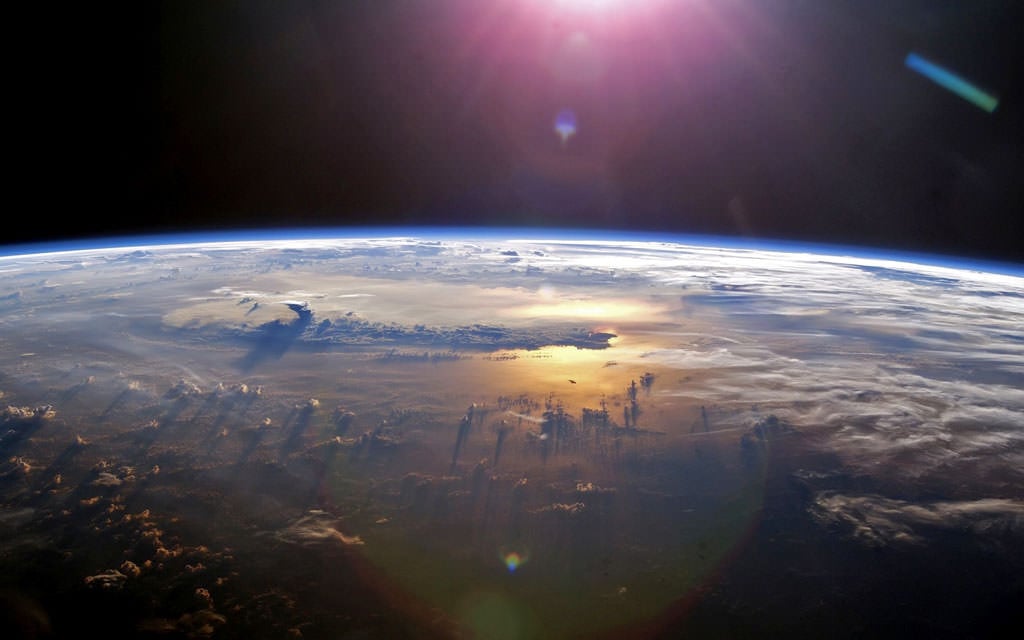 Article origins: On September 11, and again on September 28, Spectrum published articles by D. Stuart Letham and Col J. Gibson on ice cores and the lessons they might hold for Adventist understanding of the several perspectives on Creation held by members within the Church.  Acknowledging that the present “official position” is probably Young-Earth Creationism they opted instead for a viewpoint that has been described as Old-Earth, Young Life Creationism, or as they phrased it, Old-Earth, Recent Creation. We wish to respond to the original authors and to their discussants with observations directed not toward either of these two positions but to the assumptions that undergirded the discussion.

We are struck by the pivotal role that the English word “earth” plays in this controversy and would observe at the outset that the participants appear to be assuming (as the lawyers would say) “facts not in evidence.” That is, the discussants on both sides of the question appear to be taking it for granted that:

We begin this exploration of Hebrew word meanings by identifying our position. We think that the original audience could not have conceived of “Planet Earth” for the straightforward reason that nobody could at that time and place. It would be more than 2,000 years into the future (after Copernicus and Galileo) before any listening audience interested in such matters would be able to conceive of a planet, such as Earth, circling the sun. In the discussion that follows (a slightly edited version of a handout provided to the studio audience participating in a recently video-taped presentation “Earth,” “Land” and Other Words; Why the Translation of ’erets Looms So Large, which can be accessed at ToBeginWithGod.com.), we enlist the aid of two imaginary characters because it helps in the complicated task of exploring what “they” thought then versus what “we” think now. Moshe is our imaginary, paradigmatic, early, Old Testament Hebrew. Moshe’s modern-day counterpart (also imaginary) is Ian Michael O’Dern (I’M odern).

One Word in Hebrew → Multiple Words in English

To Ian Michael the words, “earth, “world,” “land,” and “country” are quite different. With “earth” he almost certainly envisions a rotating sphere—Planet Earth—in relationship to other planets and the sun…all of them spheres. With “world” he may picture something similar.  On the other hand, “land” and “country” are virtually never visually or conceptually attached to the solar system. They are not spherical nor do they rotate. These English words are clearly less imposing (less important?) and denote a much more limited reality.

There is, however, another aspect of “land” that Ian Michael readily recognizes in appropriate settings, but it may not come to mind when he when he reads the Bible. It is “land” that evokes a deep-seated, almost lyrical attachment to one’s roots, an attachment that is difficult to capture adequately in prose. It is this “land” that is the subject of poetry and song. This is the “land” of Sir Walter Scott in The Lay of the Last Minstrel, who wondered, “Breathes there a man with soul so dead / Who never to himself hath said / ‘This is my own, my native land”?’ For Francis Scott Key it is “the land of the free and the home of the brave.” For generations of American school children it is the “sweet land of liberty” of which they sing in the words of Samuel Francis Smith—the “land where my fathers died,” the “land of the pilgrims’ pride.” And for Woody Guthrie in the 1970s, “This land is my land, this land is your land.” Indeed, “this land was made for you and me.”

What the Translator Pictures Will Be What the Reader Gets

How can it be that the English words “earth” and “world,” “land” and country” words that produce such different images in our minds can all express the meaning of the same Hebrew word? As a translator works—“carrying across” the meaning of the source language (Hebrew) into the target language (English)—his/her mental picture of what is expressed in the source language will influence the choice of words in the target language.  For this reason, whatever Ian Michael pictures when reading a Bible version in English is going to be similar to the picture the translator had upon reading the underlying Hebrew.  Hopefully, ’erets, when translated, conveys the same mental picture that existed in the minds of the original author and his audience—Moshe and his kinsmen.

If the translator believed the original author and audience pictured Planet Earth coming into existence during a period of six Creation Days, or Planet Earth in the throes of a Flood of “Biblical proportions,” then he/she will render ’erets as “earth.” So, is “earth” the correct rendering of the Hebrew ’erets, or would it be better translated as “land”?  The answer, of course, depends on what Moshe pictured when reading or hearing ’erets; that is the way ’erets should be translated. The Genesis text was addressed to Moshe and it is his mental picture—his understanding (not the translator’s)—that ought to determine the meaning of the text.

The Meaning of “Earth” Has Changed Over Time

In Shakespeare’s England, which was also the England of the King James Version, “earth” most often meant dirt or soil and rarely, if ever, did it connote the entire “world” which by then was known to be spherical in shape (although the sun was still thought to travel around it). Today “earth” is virtually synonymous with Planet Earth circling the sun. This is so because lunar missions beginning in the 1950s have enabled Ian Michael to see his home planet as it appears when viewed from outer space. So for him, “earth” in a cosmological context such as Genesis 1, almost inevitably means Planet Earth. For Moshe that was impossible, for the obvious reason that for him the ’erets was fixed and certainly did not travel around the sun held in its orbit by gravity.  On the contrary, ’erets could never be moved; God said so (1 Chronicles 16:30, Ps. 104:5).

’erets in Genesis and Some Very Interesting Statistics

From Creation to the end of Genesis chapter 11, the translators of the King James Version decided that 88% of the time (84/95) that 'erets meant “earth” In the rest of Genesis they decided that ’erets meant “land” 88% of the time (162/183). This is clearly not a random happening. This complete about-face from “earth” to “land” underscores the influence of translator judgment on what our Bible says.

“Earth” to Tyndale Meant Dirt, Soil, the Ground On Which We Live

Tyndale, laboring over the first English Old Testament translation directly from Hebrew (1530 CE) did not have our problem with the translation of ’erets, for in his day “earth’ could not have been taken for Planet Earth. At that time neither Tyndale nor anyone else knew that “earth” was a planet. For Tyndale the choice of “earth” or of “land” was a choice between words with very similar meanings. However, within a hundred years of Tyndale’s death, following the discoveries of Copernicus and Galileo, most well-read people in England and Europe understood “earth” (’erets) to be “Planet Earth.”

Has any mischief resulted from Tyndale’s innocent selection of “earth” as an English equivalent for the Hebrew ’erets; a selection that was perpetuated by the King James Version and has been reinforced by virtually every translator since?  Absolutely!  Because subsequent translators continued to use “earth” even though in the interim its meaning had changed to “Planet Earth,” the Bible has been accused of promulgating pseudo-science. Rendering ’erets as “earth” has lent credence to the mistaken—but widely accepted—notion that there is ongoing “warfare between science and religion.” It has also led to the idea that if the Flood was truly “global” in extent, then evidence of that Flood would still remain in sedimentary rock layers over the entire planet, the planet that Ian Michael envisions whenever he reads about the “earth” in Genesis. The validity of Flood geology thus rests on whether ’erets actually refers to Planet Earth or to what Moshe understood it to be—something on the order of “land” as in Moshe’s Promised Land, the Land of Israel ('erets Israel), the “land” that, in the beginning, God had created along with the “sky.” It is for that reason that our own translation of the Hebrew of Genesis 1:1, a translation we have designated the Original Hearers Version reads:

Dr. Brian Bull is a professor of Pathology and Human Anatomy at the Loma Linda University School of Medicine. Dr. Fritz Guy is Ph.D. coordinator and professor of history of philosophy, philosophy of religion, ethics and philosophy of time at La Sierra University. Bull and Guy have co-authored several books and papers on Genesis and Creation.