New Adventist Website Announces the Demise of the General Conference

New Adventist Website Announces the Demise of the General Conference 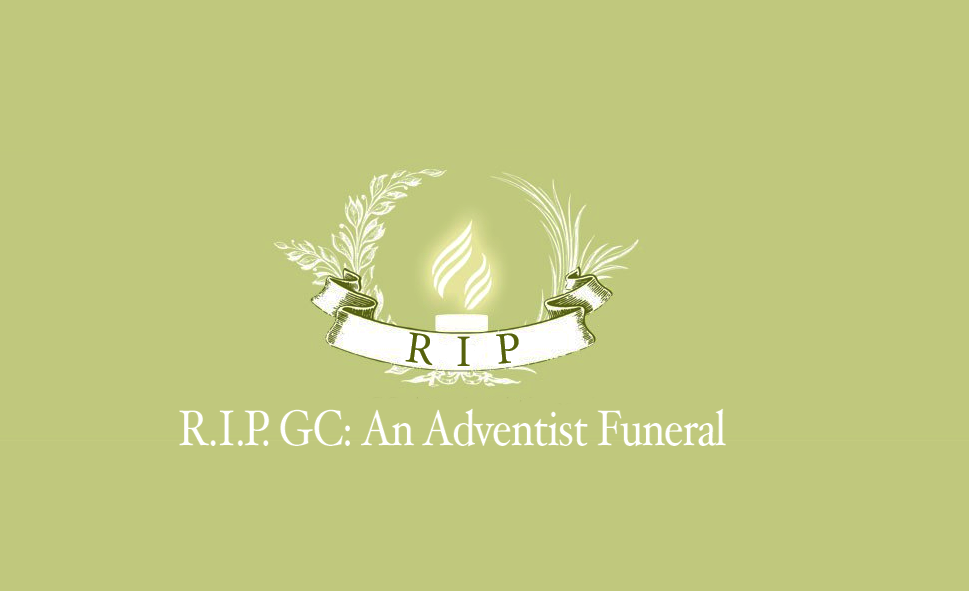 A group of Adventists has created a website announcing the demise of the General Conference of Seventh-day Adventists. "RIP GC: An Adventist Funeral," reads the banner atop the web page. The FAQ page declares that the General Conference "acted as the guardian of a movement that promised hope for a broken world" and "was given life and moral authority through its mission to uphold and listen to the will of God." But the site claims the church "did not uphold this mission, but instead chose a path of bigotry and its light was extinguished."

Along with the postmortem of "Our dearly departed GC" the group has planned an event corresponding with "Great Disappointment Day," when the day Adventist pioneers were sorely disappointed at the non-event of the anticipated Second Advent of Christ. The funeral comes two days after the anniversary of the Great Disappointment—October 24, 2015, and will take place at The Lost Church, 65 Capp St, San Francisco, California.

Here is the announcement of the General Conference's passing, as written on the RIP GC website:

Dearly beloved, we come together to mark the loss of our departed General Conference (of Seventh-day Adventists). The light of its moral authority has been extinguished. The GC was the guardian of a young movement, but its leadership has divided, censored, and suffocated her. Church leaders have severed vital parts of our Adventist body, including women and LGBTQ Adventists, among others. They abdicated their moral authority by making the Church a puppet for their sexist, racist, and homophobic agenda.

The General Conference was given life through its mission to uphold and listen to the will of God. Its very existence and authority rested on the idea that it would work for the Gospel of Christ. This message calls for the liberation of all people; to stand with the hurt, marginalized, and oppressed. Instead of modeling this liberating Gospel, the General Conference chose to further marginalize many precious voices in our Adventist movement (our sisters and mothers, partners and brothers).

We do not know what will be born out of this loss, but we long for something greater. Until that day, we remain daughters and sons of a strange and lost family, stumbling forward, seeking justice. As children, some of us have long ago walked away because of disagreements. Others have been pushed away by this oppressive authority. Still others are barely hanging on and don’t know what next step to take. We join together now in solidarity.

Many of us have mixed feelings about this passing. Perhaps we need to mourn. Perhaps we need to celebrate. Maybe we feel lost because an institution we relied on led us astray and this betrayal has resulted in its death. Whatever our range of emotions, it is fitting that we gather near the date of Adventism’s birth to share a familiar feeling of great disappointment.

We invite those in the Bay Area to join us for a funeral for the General Conference.

An event registration page has been posted through the eventbrite event hosting website here.