What’s Next? The New Agenda and the New Team

What’s Next? The New Agenda and the New Team 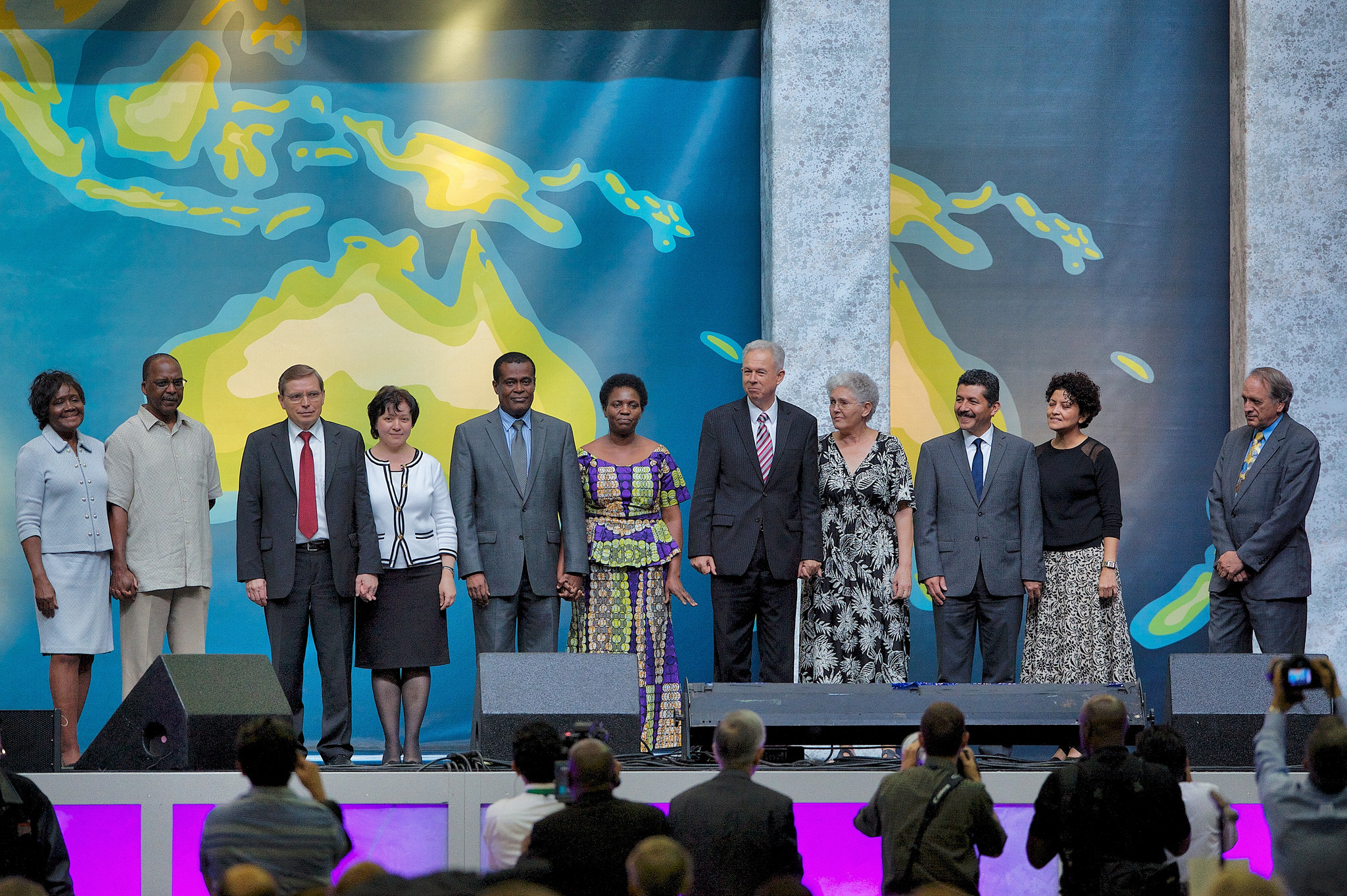 As the 60th General Conference Session in San Antonio came to a close, re-elected President Ted N. C. Wilson began to speak of what he envisions for the next five years. His three stated goals are: (1) Emphasizing Christ and His righteousness, (2) faithfulness, and (3) involvement of every church member in evangelism and witness. What activities will be initiated to fulfill the goals remains to be seen, but there were some early clues.

Five years ago, a question from a delegate about the lack of a theology of ordination, sparked the formation of the Theology of Ordination Study Committee (TOSC) and the intensive debate about women’s ordination. Another action in 2010 requesting that the statement Affirming Creation be integrated into the Fundamental Beliefs set up a five year process of review and revision of the Fundamental Beliefs.

On July 9 in San Antonio, Northern Asia-Pacific Division Ministerial Secretary David Ripley made a recommendation to the General Conference Steering Committee that the Seventh-day Adventist Church address its lack of a unified biblical hermeneutic. On the last day of the Session, General Conference Undersecretary Myron Iseminger reported back from the Steering Committee, promising that in concert with the Biblical Research Institute, the issue would be addressed. But Iseminger did not provide specifics. Will a large committee such as TOSC be established to review that topic? The question and the response ignore the fact that a document on Methods of Bible Study was approved and voted by the General Conference Executive Committee at the Annual Council Session in Rio de Janeiro, Brazil, October 12, 1986. It was that statement that guided the study of the theology of ordination during the past quinquennium.

Another action taken during the business sessions at San Antonio involved the program known as “Revived by His Word,”  which set up a daily Bible reading program over the past five years. A motion was approved to now shift to daily reading of the Spirit of Prophecy. Organizers will be outlining daily readings from several books by Ellen G. White over the next five years.

Is faithfulness to Ellen White what the administration envisions for its second goal? Elder Wilson’s first post-San Antonio sermon will be at Elmshaven, Ellen White’s home in California, where this weekend there will be a conference commemorating the 100th anniversary of her death. In his Sabbath sermon at San Antonio, Wilson never mentioned Bible reading without adding the phrase “and the Spirit of Prophecy.”

I expect significant emphasis on how we read both the Bible and Ellen White in the next five years.

Will the goal of faithfulness also include addressing the large number of people leaving through the back door of the church? Other than the acknowledgement of membership losses in the Secretariat report, there were no clues about what might be proposed to solve that problem.

The New Team
Significant changes were made to the president’s team of vice presidents in San Antonio. Through the debate on Women’s Ordination, Wilson leaned heavily on what is referred to as the General Conference and Division Officers Committee. This is the group that the TOSC materials were referred to and that came up with the wording of the question that was voted—first at Annual Council and then by the delegates in San Antonio. It is made up of the general vice presidents of the General Conference plus the three officers of each of the divisions. Retirements from this group prompted numerous changes, and Elder Wilson initiated further changes as he discussed with the Nominating Committee the names to be put forward for election. For instance, while there were nine general vice presidents during the last five years, going forward there will only be six.

The delegates were not particularly happy with this change. Twice they returned the list of six  names for vice presidents to the Nominating Committee for reconsideration. The Committee stuck to its original recommendation and made no changes in the list of six names brought to the delegates for approval: Guillermo Biaggi, originally from the South American Division;  Thomas Lemon from North America; Abner De Los Santos from the Inter American Division; Geoffrey Mbwana from the East Central Africa Division; Ella Simmons of North America; and Artur Stele of the Euro-Asian Division.

During the comments before the vote for acceptance of this list, a delegate lamented that it would no longer be possible for an African American to ascend to the presidency from this new field of officers. Delbert Baker, the African American vice president during the 2010-2015 term, was not returned to office. Some people have commented to me that the African American community seems to have lost some of its clout within the General Conference. I would suggest that all North Americans have lost out. In the last five years, there were seven North Americans among the top 12 officers of the church. Now the number of officers has been reduced to nine, and there are only three North Americans. Americans have gone from having over half of the positions to holding only a third. The selection of new vice presidents appears to have been made along geographical lines rather than idealogical ones as some had predicted.

Another retirement that was not noted, because the position is not an elected one, is that of assistant to the president. Orville Parchment has held that position for several presidents, but he is retiring. I have heard that his replacement is from South America, further solidifying the increased power of that region. Moving into another position of assistant to the president is Lowell Cooper, who retired as a vice president, but has taken this new spot. It has been suggested that he will continue to chair the Board of Loma Linda University in his new position.

Within the Division officers group, there has been significant turnover with six new presidents, seven new secretaries, and two new treasurers. This new team of General Conference and Division Officers will have its first extended meetings together in October in the lead up to Annual Council. It is then that we will be given the first glimpse of how this group will relate to each other and to the nineteen million members who are the church.