I Don't Want to Live on This Planet Anymore

I Don't Want to Live on This Planet Anymore 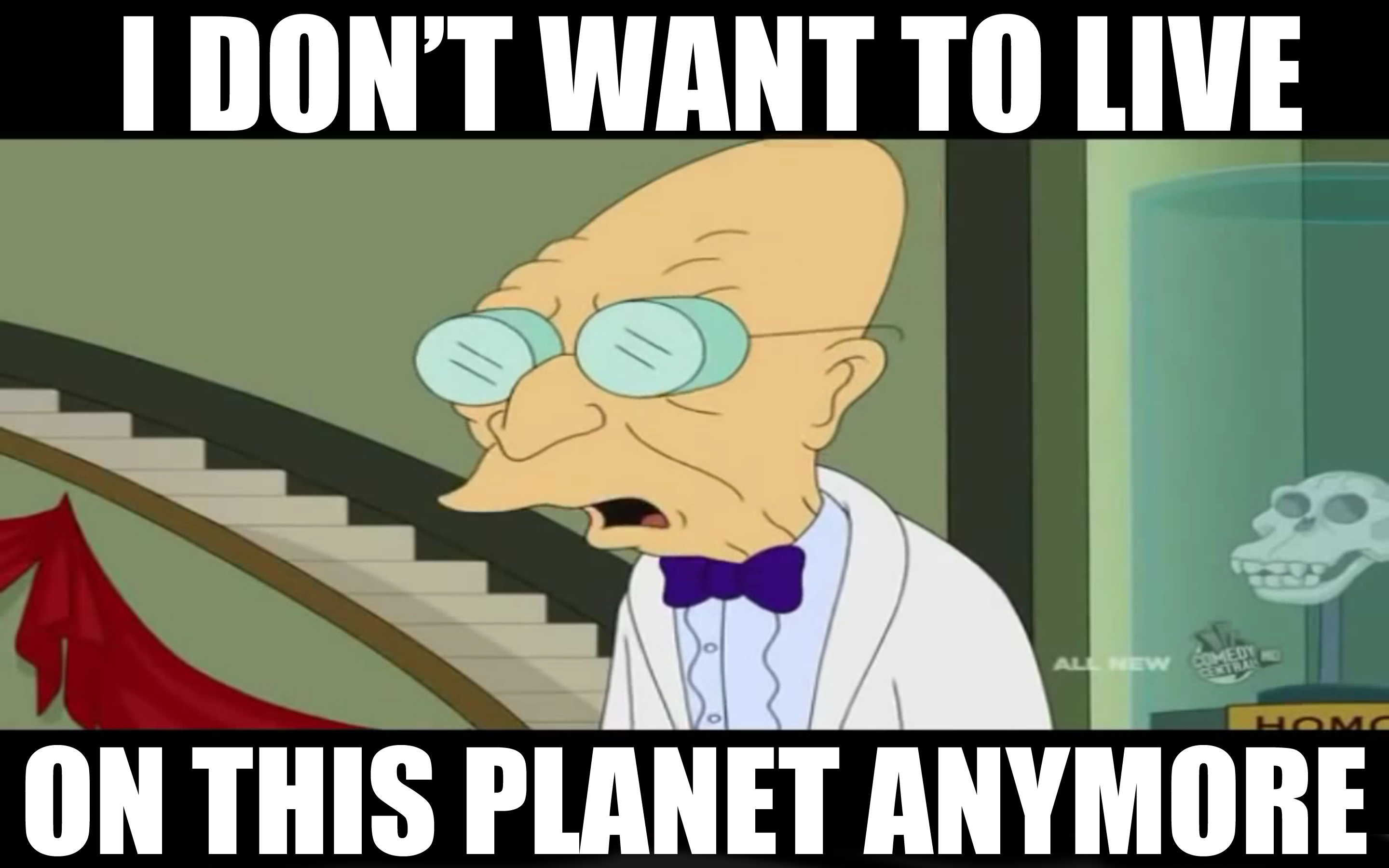 It looked bad the moment we finished setting up the Spectrum booth. Three General Conference Session delegates read the unity statement by our board and wanted to argue about women’s ordination. The loudest of the pastors said it was a “Roman Catholic plot” because it elevates women above God, see Mary. My counterpoint asking why there are no ordained female Catholic priests shockingly didn’t change his mind.

“I don’t want to live on this planet anymore.”

Only adding to the sadness, Roy Branson, founder of Spectrum passed away in the middle of the General Conference Session. One of my favorite memories of him was at the 2005 Session during Jan Paulsen’s Sabbath sermon. Barely out of college, honestly, I had tuned out. But Roy was animated, noting key phrases and good ideas. Thanks to him, ten years later I still remember the main point of that important sermon: Elder Paulsen called for Adventists to become the church of the open door. That was one of Roy’s gifts—he stayed, found hope, and shared it with others. I miss him.

“I don’t want to live on this planet anymore.”

For me this mix of bad and sad escalated in the angry, unfair, immoral, unbiblical outcome of last Wednesday’s vote. All I felt was: “I don’t want to live on this planet anymore.”

In the aftermath of the vote, I noticed some Adventists threatening to leave the church.

I asked Sasha Ross, director of the Women’s Resource Center, what she thought and she said:

“Now is not the time to acquiesce on matters of conscience or to leave the Adventist Church. Change will only come from within, and walking away from the church now will dilute and weaken the message of unity in diversity where it matters most: at the local level. And, it will only prove the detractors of equality in the body of Christ right. They will not stop to ask why you left—but they will be the first to point out that you did, and use (declining) church growth in territories that advocated inclusiveness to strengthen their own position and justify the decisions taken. Rather than leaving the church, defend and protect women in ministry by helping them succeed and flourish professionally.”

I also asked Raewyn Hankins, senior pastor of the Victorville Seventh-day Adventist Church, what what she’d say to those contemplating an exit:

“We need you.  We need your passion for justice, your anger with the status quo, your tireless energy towards making the world a better place, and your openness to think in creative, new ways.  The process is painstakingly slow, but we are moving, by God's grace.  You are the church.  Please stay and continue to be part of the movement.”

It's tempting to want to run from The Church when we witness injustice, exclusivity, racism, sexism and so on. It's easy to justify our doing so for many reasons. Yet we must remember that we need voices of request and reason to be heard from within the church. As an Adventist pastor who is female, I need to know that the people I have ministered to and will minister to are willing to speak up and let their voices be heard, that they are willing to fight injustice, to practice inclusiveness, to model the abundant life that Jesus said he came to give each one of us."

If anyone has a reason to check out, it is Adventist women pastors. If they can remain, serving our community and continuing to fight, why can’t we?

Beyond the sadness, things are about to get very interesting in Adventism. Ted Wilson’s brand of mindless literalism and passive-aggressive autocracy appears to be wearing thin on many. Divisions and unions continue to make statements supporting women and even appear to be standing their ground on the ordinations that have already happened.

The vote represented a step forward: we gained votes. The other side lost ground. That will only continue, unless the next generations choose the sidelines.

Roy Branson would tell a story that always defined Spectrum for me. In the 1960s, while he was earning his PhD at Harvard, a group of Adventists were passing a civil rights protest. All the Adventists agreed with the protesters, but it was only those who later started Spectrum who walked across the street and joined in.

It’s hard to disbelieve what a group of believers currently believe while believing that they can believe something better. But that’s how change happens—from internal pressure. Sadly, some individuals who believe in what’s better find that internal community pressure affects them personally. Sometimes I agree with the Futurama character Professor Farnsworth after he finds that his arguments for science and evolution are rebuffed by a creationist, talking orangutan named Dr. Banjo.

"I don't want to live on this planet anymore."

Before we leave this planet, we’ve got some work to do. New generations need to educate the entire church, including North America, about postcolonialism and feminism, sustainable humanitarianism, strategic communication, and new media activism. Leaving the world of Adventism doesn’t free us of these issues. In fact, I believe that by working through the global and ideological tensions in this church of eighteen million, in a community larger than 75% of countries on earth, will ultimately contribute to bettering our whole world.

“If you support women in ministry, stay active and become re-engaged in your church and local conference to prove it. Vote with your money and your time, not your feet. Draw closer to the Lord, and connect with young people in your sphere of influence to encourage them do the same. Thank the women who already serve, including those in ministry as well as those on the local church and school boards and working in other administrative capacities. Direct your tithe and offerings toward projects and entities that value and build on women’s leadership and equal responsibility. Model good stewardship by advocating for speakers, educational resources and outreach priorities that support the inclusion of women and minorities.”

One of the spiritually real things that happened for me during the insanity of the General Conference Session was hearing a prayer. Someone began an otherwise unremarkable invocation by quoting from the Lord’s Prayer, but they stopped after “thy will be done on earth as it is in heaven.” Or maybe I just couldn’t hear anything else. I just held on. Perhaps I had learned from Roy’s example. I found hope. I thought, what would that actually look like if we believed and acted on those words? Jesus gave his followers an eternal truth to guide us forward, even in uncertain and sad times. It's by believing and standing together that better becomes reality.

Thy will be done in this church, on this planet, as it is in heaven—where all are ordained and equal and in community.

Alexander Carpenter is a board member of Adventist Forum, which pubishes Spectrum.