Galatians 3:28 and the Abolition of Gender

Galatians 3:28 and the Abolition of Gender 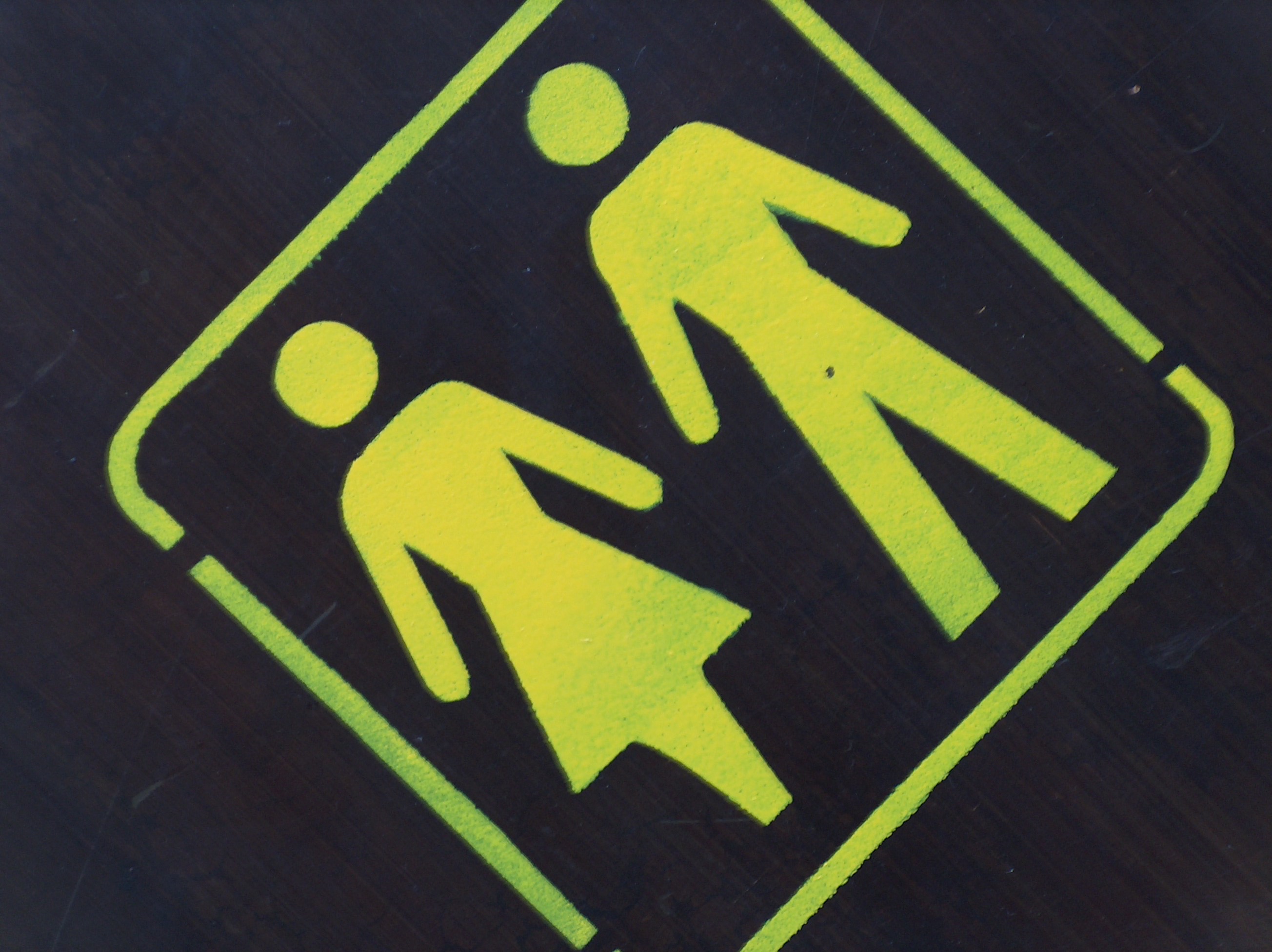 To declare that there is “no longer Jew or Greek, slave or free, male and female” is contrary to what Paul’s contemporaries could observe all around them. Everyone in the ancient world, and even today, knew that such ethnic, social, and gender distinctions directed all human interactions. Their role in defining the nature and function of the home and the state was hardly questioned. Thus, in the Greco-Roman world everyone knew their place in society and the rules and mores that shaped their conduct. Only in Utopia (that is, “no place”) were these divisions abolished. In the real world there was no denying their powerful presence. So is Paul serious when he speaks of the abolition of these three entrenched social classes? Yes, he means it.

Take gender for example. From ancient times until today we differentiate the sexes by our dress, our vocations, our hair styles, and our domestic roles. Granted that these are to a degree being challenged in modern western democracies, but even so, they still influence our social networks.1 So the situation “in Christ” seems to be counter intuitive and against culture. Or should we resolve this dilemma by limiting Paul’s meaning to the invisible spiritual status of those in Christ? Is Galatians 3:28 entirely focused on the heavenly realm and devoid of any reference to the actual social equality between men and women on earth or in the church? Can we conclude, then, that Galatians 3:28 makes no contribution to the issue of the ordination of women to the gospel ministry?

In fact there is no direct reference in Galatians 3:28 to the ordination to the gospel ministry of either men or women. So is it, therefore, irrelevant to the issue of the ordination of women to ministry?  That Galatians addresses the individual’s personal salvation through the cross of Christ is undeniable. It’s beyond dispute that at the foot of the cross we all stand equal, for we are all sinners; there’s no difference (Romans 3:22–23). However, before we dismiss Galatians 3:28 as irrelevant to the question of women’s ordination, let’s examine the passage in context.

Secondly, we should remind ourselves of what circumcision meant for first-century (or any century) Jews. The removal of the male foreskin on the eighth day (Genesis 21:4; Leviticus 12:2–3; Acts 7:8) provided a tangible sign that Israel was a chosen nation in a unique relationship with the Living God. As pious Jews, the parents of both Jesus and Paul had their sons circumcised according to the Law on the eighth day after their births (Luke 1:59; Philippians 3:5). The everlasting covenant (Genesis 17:10–14; Acts 7:8) in their flesh assured every male Jew that he carried within him the seed of the people of God. There was to be no cross-fertilization with Gentiles (Deuteronomy 7:3–4; Ezra 9:2). God promised with a self-binding covenant oath/vow (Psalm 105:8–11) to the patriarchs that he would be their God and they would be his people (Genesis 17:7–8; Leviticus 26:12; Ezekiel 37:27). The Sinai arrangement (covenant) confirmed and established this (Exodus 6:7; Deuteronomy 29:10–15).

How then could Jews eat with uncircumcised Gentiles within the new Christian community? Was not such fellowship in conflict with the separation of Jews from Gentiles that went back via the laws of Sinai to God’s promises to Abraham and his heirs (Genesis 17:7–8; Exodus 34:15–16)? The difficulty surfaced when representatives of James came to Antioch and influenced all the Jewish Christians, including Peter and Barnabas, to cease eating with the Gentile Christians (Galatians 2:11–16). The clustering of ethnic terms (“Gentile,” “circumcised,” etc.) in chapter 2 indicates again that a serious issue in Galatians is the unity of Jews and Gentiles in the body of Christ.2 And this insight helps us to understand Paul’s difficult argument in chapter 3.3

Paul had to face some very strong Old Testament passages that favored his opponents’ view that Jewish Christians could not eat with Gentile Christians unless the latter were circumcised. For example, Paul’s opponents could have pointed out that God demanded that Abraham and his descendants be circumcised, and that this practice was confirmed by and stipulated in the Law of Moses (Genesis 17:10, 13; Leviticus 12:3; Joshua 5:2–7). The penalty for noncompliance was severe.4 To ask Jews to give up their special heritage and accept uncircumcised Gentiles into the Jesus-Messianic community questioned their heritage and uniqueness.

To balance his opponents’ Old Testament texts, Paul argues that God gave another promise to Abraham besides those concerning his becoming the father of a great nation and inheriting the land of Canaan. That other promise was inclusive of the nations and not exclusive as was the case with the previous two promises.5  Here’s how Paul understood that other promise: “And the scripture, foreseeing that God would justify the Gentiles by faith, declared the gospel beforehand to Abraham, saying, ‘All the Gentiles shall be blessed in you’ (Galatians 3:8, italics added).” Paul refers here to the promise of Genesis 12:2–3, which importantly for Paul, precedes, and thus has priority over, the promise regarding circumcision in Genesis 17:10.6

So the Advent of Christ had brought about a new arrangement. God’s earlier promise that Abraham and his heirs would bring a blessing to all nations was fulfilled in Christ. This was not discerned in the days of God’s special relationship with Israel.

In former generations this mystery was not made known to humankind, as it has now been revealed to his holy apostles and prophets by the Spirit: that is, the Gentiles have become fellow heirs, members of the same body, and sharers in the promise in Christ Jesus through the gospel (Ephesians 3:5–6 NRSV).

The days of separation of Jews from Gentiles (Deuteronomy 7: 2–7) belonged to a temporary stage, but now the new era of incorporation into Christ had come.8

But now in Christ Jesus you [Gentiles] who once were far off have been brought near by the blood of Christ. For he is our peace; in his flesh he has made both groups [Jew and Gentile] into one and has broken down the dividing wall, that is, the hostility between us … that he might create in himself one new humanity in place of the two, thus making peace, and might reconcile both groups to God in one body through the cross … (Ephesians 2: 14–16 NRSV).

The national Sinai arrangement with Israel came years after God’s promise to Abraham that through him all nations would be blessed, but the Sinai arrangement with Israel did not negate that earlier promise (Galatians 3:17). The advent of Jesus brought that promise to fulfillment.  Thus, all those who come to God “through faith in Jesus Christ” (v. 22) receive “what was promised” to Abraham (that is, God’s blessing of the nations).9

IV Baptism and the Body of Christ

Why does Paul bring up baptism in v. 27 (“As many of you as were baptized into Christ have clothed yourselves with Christ”)? Because unlike circumcision, baptism is not exclusive but inclusive: “For in Christ Jesus you are all children of God through faith” (v. 26). “For all of you are one in Christ Jesus. And if you belong to Christ, then you are Abraham's offspring” (vv.28b–29 italics added). “Now you, my friends, are children of the promise, like Isaac” (4:28).1 In Christ’s new community—grounded in God’s promised blessing to all the nations in Genesis 12—“there  is no longer Jew or Greek, there is no longer slave or free, there is no longer male and female” (v. 28a). And “Paul is not here announcing an abstract ideal; rather, this verse reflects the new social reality of the movement itself.”10

Thus, in Galatians chapters 2–4, Paul is not only focusing on the individual’s standing before God, but also on the inclusive nature of the new community brought about by the life, death and resurrection of Christ. Does this fact have anything to say about who qualifies for ordination? It certainly does. How would we respond to someone who believed that Africans or Asians could not be ordained, but that only Caucasian men were eligible? Would we not appeal to Galatians 3:28 and point out the inclusive nature of Christ’s community? Would we not say that in the church “there is no longer Greek and Jew, circumcised and uncircumcised, barbarian, Scythian, slave and free; but Christ is all and in all! (Colossians ––3:11). We wouldn’t say, indeed we couldn’t say, that Galatians 3:28 referred only to our personal salvation.

Or what if someone on the basis of 1 Timothy 6:1 and Titus 2:9 defended slavery as something that God supported?11 Would we exclude Galatians 3:28 from the discussion on the ground that it applied only to one’s personal salvation? Should we ordain only those of independent means? Or perhaps, as we once did with voting, limit ordination to landholders? Could we, even on the basis of Colossians 3:22–25, limit ordination to masters of slaves? Would not such exclusions contradict the essence of the Christian faith? In fact, such a view of ordination would fly in the face of Galatians 3:28.

Well what then of the ordination of women? So far the argument of Galatians has focused on ethnicity; specifically Jews and Gentiles. Yet Galatians 3:28 expands the range to include the other two most obvious divisions in the ancient world—slave and free, and male and female. Just as Christ’s coming made the Jew/Gentile partition irrelevant (Ephesians 2:11–19), so it made the slave/free and the male/female distinction passé.12  Hence, according to Galatians 3:28, the community that gathers together in the name of Christ knows no status or gender privilege.13 It’s not simply a matter of personal salvation; the verse describes the very nature of the body of Christ, that is, the church.

If Galatians 3:28 defines for us the character of the community as being without gender bias, why would we then choose those who minister within it specifically on the grounds of gender? Doesn’t that contradict the essence of the Christian community? The gospel of Jesus is impartial, as God himself is (Acts 10:34), so should we choose those who preach this inclusive message on the basis of gender? It’s like having a bald man promoting hair restorer or a bankrupt selling a money-making scheme—there’s a discord between the message and the messenger. To choose the messenger (the gospel preacher) on a basis that contradicts the message (the gospel) is inconsistent with the inclusive and diverse nature of Christ’s church; and that’s tragic.14

[1] Of course slavery is now abolished, but its essence is still manifested in sweat shops, the ill treatment of immigrant workers, and in certain forms of racial prejudice.

[7] In fact, of course, a collective noun refers to a group and not to a single person, but Paul argues that the grammatical singular can fittingly be applied to an individual, that is, to Christ. It’s a rabbinic style of interpretation.

[8] Paul illustrates the temporary nature of the special relationship of Israel with God by referring to the role of the “pedagogue.” The “pedagogue” was not a teacher but a slave that had total control of a boy from childhood to puberty, that is, the role was temporary. See Norman H. Young, “Paidagōgos: The SocialSetting of a Pauline Metaphor,”Novum Testamentum29 (1987) 150–176; and for depictions see Norman H. Young, “The Figure of the Paidagōgos in Art and Literature,” Biblical Archaeologist 53/2 (June, 1990), 80–86.

[9] Notice the emphasis on the term “promise in Galatians 3–4. The Greek word (epaggelia, promise) occurs eight times in chapter three and twice in chapter 4. He does not use it elsewhere in the letter.

[12] It is relevant here to note that Peter Lampe in his exhaustive study concludes that of the twenty-six Christians that Paul greets in Romans 16 “at least nine are of slave origin,” and that in the same chapter he commended more women than men—7 to 5 (From Paul to Valentinus: Christians at Rome in the First Two Centuries [E.T. Minneapolis, MN: Fortress, 2003], 165–166, 183).

[14] “The inclusive vision incarnated in Jesus’ table fellowship is reflected in the shape of the Jesus movement itself. It was an inclusive movement, negating the boundaries of the [Jewish] purity system” (Borg, Meeting Jesus Again for the First Time, 56).