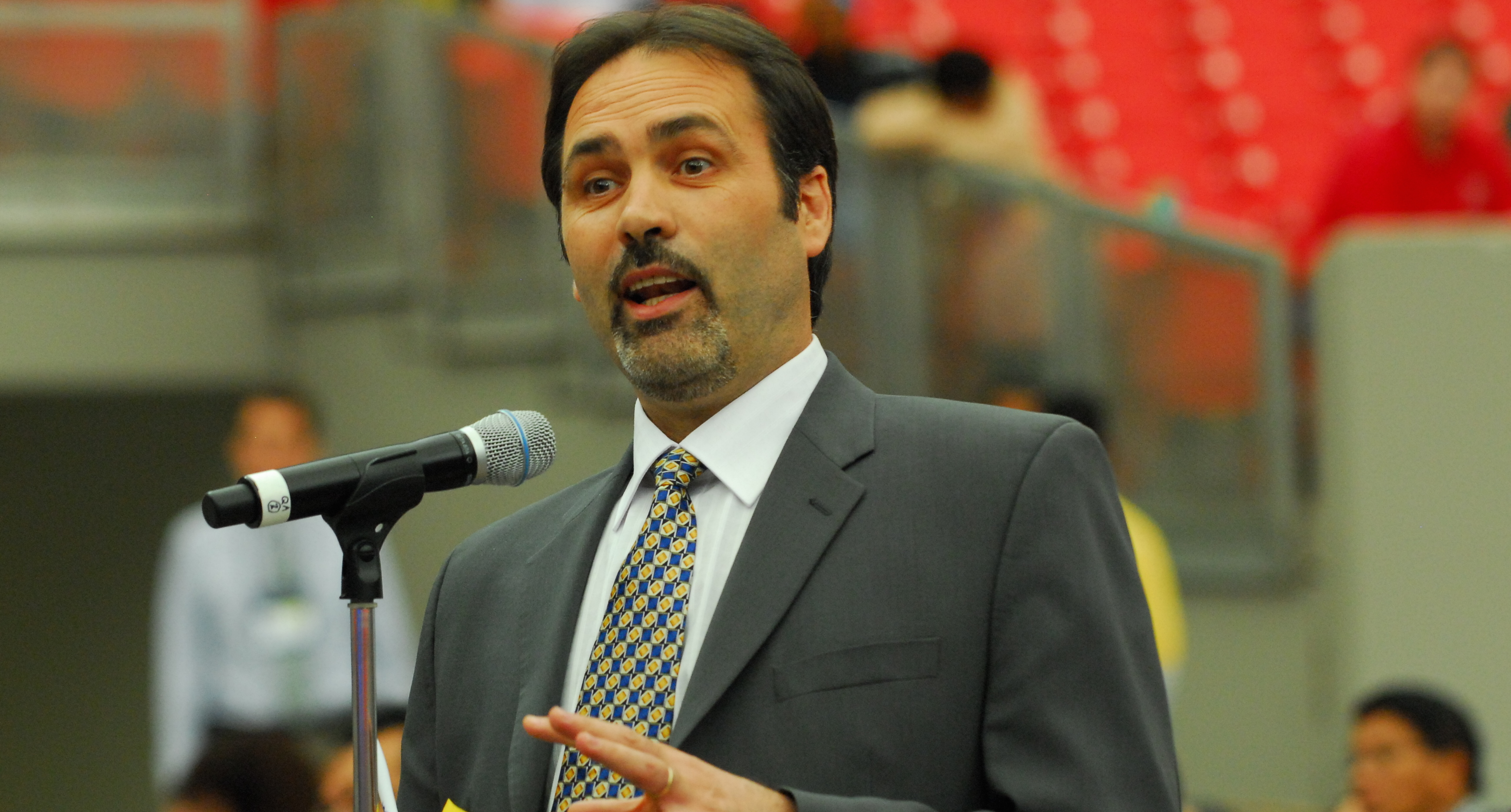 Communicating heartfelt warmth and irrepressible hope, Janos Kovacs-Biro opened the first General Conference session worship service with a reflection on promises recorded at the beginning of John 14. The passage, on his reading of it, comes down to this assurance from Jesus: I am preparing a place for you. I will return. I will welcome you home.

The platform backdrop proclaimed the theme of the 2015 General Conference Session: “Arise! Shine! Jesus is Coming!” The first congregational song was “When We All Get to Heaven.” Near the beginning of his remarks, the preacher, an engaging Hungarian who serves now as Ministerial Association Secretary of the Trans-European Division, shared a telling phrase from Ellen White. We are, he said, “second Adventists,” and it seemed likely that exploration of “second Adventism” would persist through the next 10 days. A program committee chaired by the denomination’s leader, Elder Ted Wilson, did develop the schedule of speakers, after all.

Who, then, will be prepared for Jesus’ return? Kovacs-Biro made three points, each a variant on the motif of trust. As preparation for Christ’s return, he began, “Trust in the presence of Jesus.” We may, he said, have doubts, just as Thomas, with his “unbelieving finger,” had doubts. Having been invited to touch Jesus with his finger, Thomas confessed, “My Lord and my God.” But when the official whose son was dying (John 4) heard Jesus say, “Your son will live,” he took Jesus simply at his word. So, the preacher said, can we.

Kovacs-Biro went on: “Trust the promises of Jesus.” Here he noted that the new reality Jesus inaugurated is sometimes called a kingdom, sometimes a country or a city. It has, he said, a “governmental structure.” But the passage in John 14 speaks of a “house,” or home, that Jesus is preparing. A home, he said further, is a place of welcome. Mercy reigns at home.

“Trust in the person of Jesus,” the preacher continued. Here he said that “God does not have stepchildren.” Nor does God discriminate with respect to gender, age, or color. He also posed here the question of the delay of Christ’s return, and underscored its poignancy by citing his own grandfather, who four years ago died at the age of 102. His grandfather had himself been a second Adventist, hoping for Christ’s return. Why do we wait so long? Without dwelling on the issue at great depth, Kovacs-Biro reminded listeners one reason for the delay is God’s sensitivity to the fact that many are not yet ready.

Ending with quotes from both Ellen White and Martin Luther on the appeal and consolation of the Advent hope, Kovacs-Biro asked finally: “What have you done with Jesus Christ? And what you have done with what you have received from Christ?

The assumption throughout was the link, perhaps even identity, between the Kingdom of God and the hope of heaven. The first worship service ended with a song from a group called Revivals Ministry on the theme of the Holy City Christians look forward to in the future. Another group from another tradition, the Blind Boys of Alabama, has sung: “Jesus gonna be here, gonna be here soon. / I’m gonna leave this place better than the way I found it was. / Jesus gonna be here, gonna be here soon.” In their song, the connection of “second Adventism” to our responsibilities in the here and now is unmistakable. As of this morning, that connection had not yet been made in San Antonio. But exploration of “second Adventism” will continue over the next 10 days.