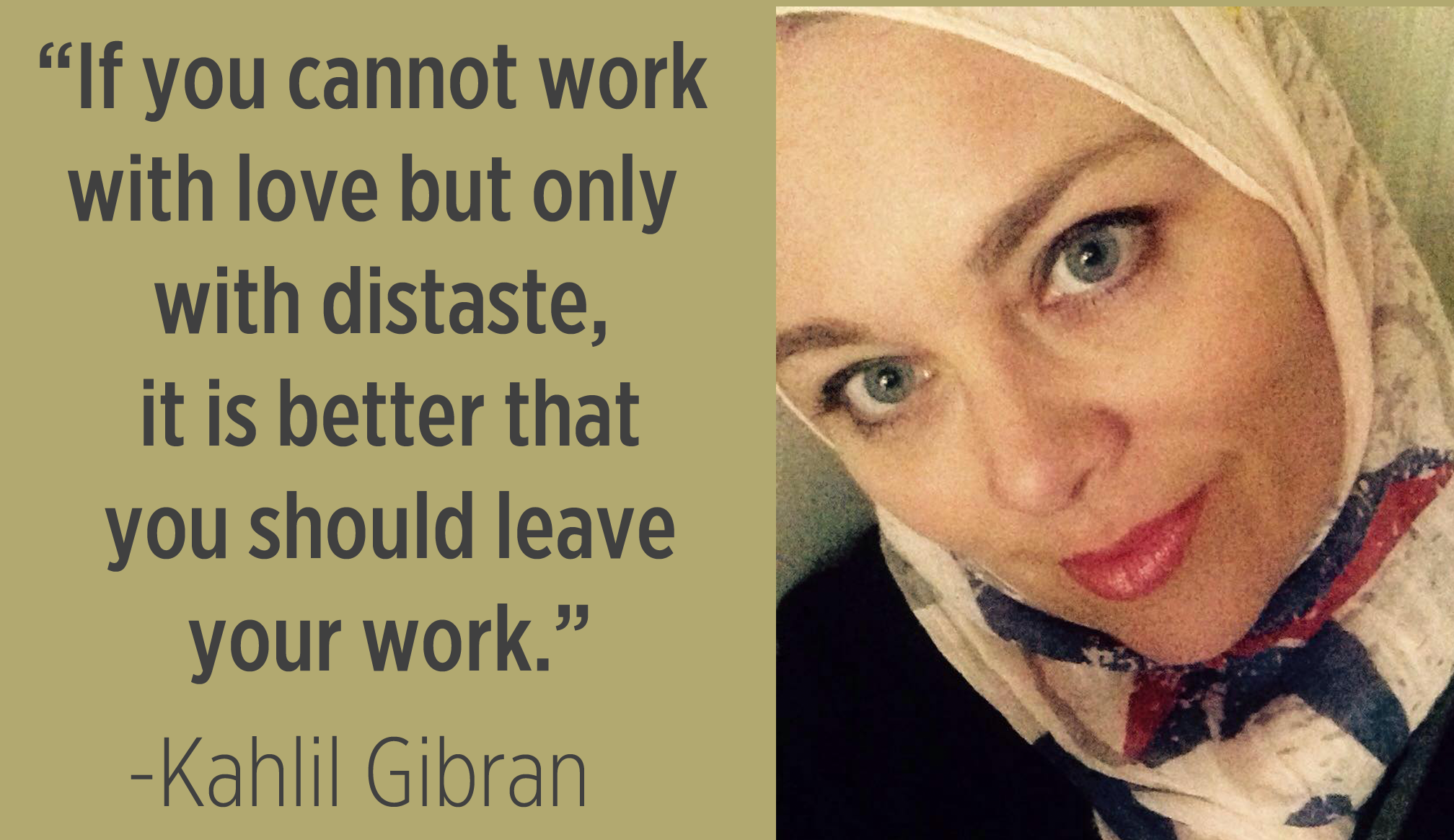 Dr. Walton grew up in the Adventist Church, attending Mt. Vernon Academy before her time at Andrews University, where she took a year off to serve as a student missionary to the Marshall Islands.

Walton conducts research focused on international maternal and fetal health programs in Southeast Asia and the Middle East. She has published numerous peer-reviewed journal articles and has made presentations at state, national, and international conferences on the topic of obstetrics and gynecology in physical therapy.

She is nearing her tenth year as a teacher and researcher, and has worked as a clinical physical therapist for nineteen years.  In addition to membership in several professional associations, Walton provides pro-bono physical therapy in her community and abroad, and has led mission trips to Bangladesh with physical therapy students.

From the point of view of her employer, Andrews University, there is only one problem: Walton converted from Seventh-day Adventist Christianity to Islam in 2013, a year into her employment at Andrews.

In a Notification of Non-Renewal from Emmanuel Rudatsikira, Dean of the School of Health Professions at Andrews University, Walton was told,

“As you anticipated might be the case, your non-Adventist, non-Christian, faith commitment poses a challenge to Andrews University. This University has a mission to uphold Christ and that mission is served best by full-time faculty who profess a Christian faith.”

Rudatsikira pointed to Andrews University’s Working Policy, which states, “The faculty must be, with few exceptions, members of the Seventh-day Adventist Church in good and regular standing and must be committed to the philosophy and program of the church.”

For Walton, however, there is no conflict between her Muslim faith and either her Adventist upbringing or the mission of Andrews University.

“As A Muslim, I simply practiced what as an Adventist I believed,” she told me. “To be a good Muslim, you must first embrace Christianity (Jesus is considered one of the prophets of Islam), so I saw more differences between Catholicism and Adventism than Islam and Adventism.”

Walton noted that there are Catholic professors and those of other non-Christian faiths serving at Andrews whose religious beliefs have not been subject to scrutiny.

I asked Andrews University Provost, Dr. Andrea Luxton, to what extent Andrews University professors are expected to be Adventist, and whether there is any kind of formal vetting of prospective faculty members for their adherence to Adventism.

Dr. Luxton responded with several points. First, she again pointed to AU Working Policy, which includes language approved by the university’s Board of Trustees requiring that when possible, faculty should be Adventist.  “When there are open faculty positions, we will always look at Adventists first who have the qualifications and expertise in their fields,” Luxton said. When she is available to do so, Luxton interviews prospective faculty members herself, and inquires about their faith commitments, she told me. “If no qualified Adventist with specific expertise can be found, we look at other applicants.”

Luxton noted that faculty are not required to sign any statements of faith, but preference is clearly and unapologetically given to Adventist applicants. She further pointed out that at Andrews, as is the case at many Adventist colleges and universities, only Seventh-day Adventist faculty members are eligible for tenure. Non-Adventists receive short-term contracts that are generally renewed on a yearly basis.

Dr. Walton says that when she was hired at Andrews in 2012, she was still a practicing Adventist. She had previously been married to a Pakistani Muslim man (they divorced in 2008). Walton’s children shared their father’s faith (one child is now Christian and one Muslim), and so when she came to Andrews, Walton says she began looking for an Adventist church that would honor and respect their religious beliefs and practices. Instead, she says, the reception was frosty at best.

Walton began attending mosque with her children, and found a more welcoming place there. In addition, she says that for nineteen years, she had associated with Muslim family and friends and been surrounded by Muslim culture.

“A Muslim is someone who submits their life to God in all they do to help others and make themself and the world better,” Walton told me.

“So, as an Adventist Christian for so many years, under the same premise that 'I submitted my life to God in all things,' I would say I was a 'Muslim' from birth. However, if one wants to argue about the diversity of terminology of beliefs that we use to 'brand' ourselves, my reversion to Islam has been a gradual process,” she said.

Walton’s slow shift from Adventist to Islamic identity did not become the subject of scrutiny until, according to Andrews University, Walton notified her superior of her conversion and requested certain accommodations, including being allowed to have her faculty portrait taken with a hijab, the traditional headscarf many Muslim women wear.

Walton says that it was not until after winter break, in January of this year, that she began wearing a hijab.

“I considered wearing the hijab for a many years, when I was Christian. Then, when I became Muslim, I was even more convinced to wear hijab because I believed it to be a beautiful reminder of submission of my ego and desires to God and constantly in need of God to guide me to the best for those around me, worship only God."

She decided to wear the hijab after attending an Islamic Convention in Chicago and hearing lectures from Omar Suleiman, Nouman Ali Khan, and Tariq Ramadan on Muslim women's rights. Speakers characterized the hijab as both a gift from God to women and a requirement, “the same requirement as Jews during the time of Jesus and Christians centuries after Jesus (for instance, Mary, the Mother of Jesus wore a head covering),” Walton said.

When she first came to work with the headscarf, reactions were mixed. Some faculty colleagues were affirming, but some made very insensitive islamophobic comments, even asking whether her office would be blowing up in one case.

Students were much more supportive, Walton said, and were upset when news came that her contract would not be renewed.

“Adventists are such big advocates (in rhetoric, at least) for religious liberty. . . I did not imagine this would ‘pose a problem for them,’ especially since I teach research, statistics and physical therapy coursework and have never spoken about my religion on campus and have always upheld Adventist teachings.”

Walton’s Facebook profile indicates that her faith takes a central role in her life. Her public “wall” on the site is filled with religiously eclectic inspirational quotes.

“If you cannot work with love but only with distaste, it is better that you should leave your work,” says one recently-posted quote attributed to Kahlil Gibran, the Lebanese-American artist and poet, whose literary works bear the influences of Catholic Christianity into which he was born and Islam.

Walton argues that Andrews University needs a religiously dextrous faculty presence, especially with the potential for a large influx of Muslim students on campus.

“We've had between one and ten Muslim students enrolled on campus each year recently (which represents approximately 0.5% of our students),” Payne said.

“Many of our international students come to us through partnerships rather than direct student recruiting, and there is a new and upcoming partnership with a university in Saudi Arabia that could bring us 20 graduate physical therapy students a year, and certainly many of those new students (if not most or all of those students) will be Muslim.”

Payne said the program at capacity in two or three years, could add as many as 60  Muslim students, meaning that in a given year, there might be 70 to 75 Muslim students on campus. “That would represent approximately 2% of our student population if we reach those levels,” he said.

Payne noted, and Luxton reiterated over the phone, that Andrews University hosts various international student groups—partnerships in East and South Asia that collectively bring students of Buddhist, Hindu or even atheist backgrounds, which add 75 students or more to the student population from each respective background.

While the university admits and enrolls students regardless of religious background, “We invite and expect students, to be prepared and willing to study and live within the standards and expectations of a Seventh-day Adventist campus,” Payne said.

Luxton added that reasonable accommodations are made to connect students with faith communities off campus, but that in the classroom and on campus, Adventist Christianity is presented to all students.

Lori Walton did not formally grieve her non-renewal, though she took exception to the university’s decision and circulated letters to President Niels-Erik Andreasen calling for reconsideration and justice on the university’s behalf, and alleging religious and gender discrimination.

President Andreasen responded in writing with a point-by-point rebuttal to Walton's claims, calling attention to the university's legal right to hire those deemed best suited to furthering the university's mission.

The university maintains that because the window for challenging the decision has now closed, the decision stands.

I asked Walton what might be next. She said she does not know.

“I’m a single mother without a job,” she said. She noted that she has begun applying for other teaching positions, but worries that prejudice over her faith commitments might keep colleagues from providing recommendations. Still, she hopes that she can continue trying to reconcile Islam and Christianity as brothers.

“It is my personal mission to be that bridge between the two faiths,” she said.