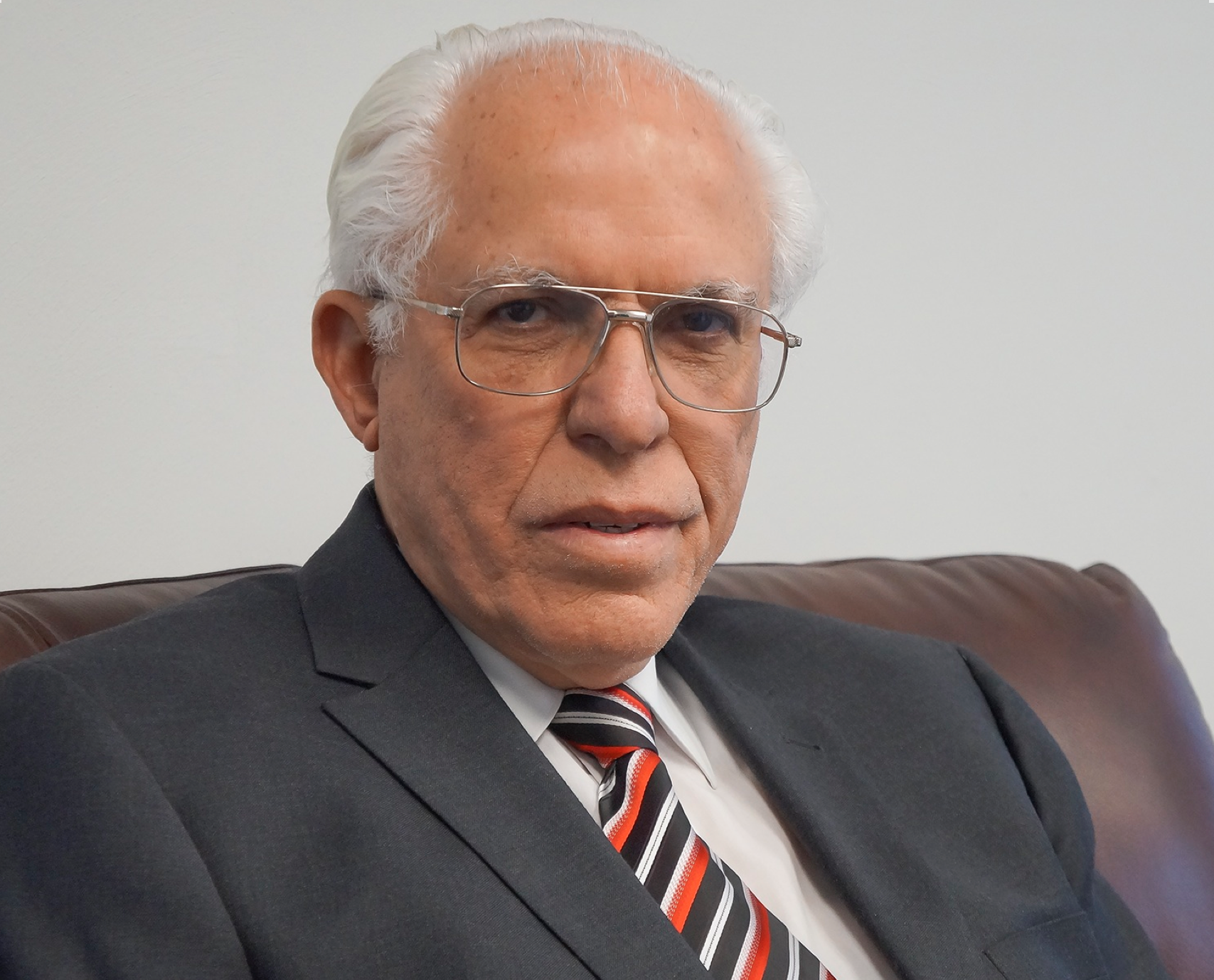 The Reform Movement holds the same fundamental beliefs as the Seventh-day Adventist Church, including beliefs about the state of the dead, the investigative judgment, the inspired nature of Ellen G. White's writings, baptism by immersion, the importance of evangelism before the second coming, and the seventh-day Sabbath. Our two churches both have General Conference sessions this year.

In an exclusive interview with Spectrum, Reform Movement President Davi P. Silva talks about our similarities and our differences, and the pacifist beliefs that were behind the World War I rift.

Question: The Seventh Day Adventist Reform Movement split from the Seventh-day Adventist Church during World War I, when the official church in Germany voted to allow its members to serve in the army, carry arms and fight on Sabbath. A small minority (2% of members) refused, and so were disfellowshipped. The view over conscientious objection to fighting in an army is still the only main difference between our two churches, is that correct?

During the meetings held in Friedensau, Germany, from July 21 to 23, 1920, the following questions were raised by the representatives of the 2% (as they were known):

These three questions, in a slightly different order, are found in the Protokoll of the Negotiations with the Opposition Movement.

Yet, as mentioned, the actual point of discord that resulted in the division was the full active participation of the church during World War I and the disfellowshipping of those who refused such participation.

Today, there are some other important points of doctrine that we see differently, especially regarding remarriage after divorce. We believe that marriage, created on the sixth day of creation week (Genesis 2:21-24), is one of the main divine institutions that the remnant church must restore in “the restitution of all things” (Acts 3:19–21). “In the time of the end every divine institution is to be restored.” Prophets and Kings, p. 678. Hence, we do not perform remarriages of divorced persons while the spouse is still living (Malachi 2:15, 16; Matthew 5:32; 19:3–9; Romans 7:1–3; 1 Corinthians 7:10, 11).

So, besides the main difference regarding military service and participation in the war, the points mentioned above would be included.

Question: The Seventh Day Adventist Reform Movement is organized along the same lines as the main Adventist church, with a presence in 114 countries and a General Conference located in Roanoke, Virginia. How many members belong to the Reform Movement? Which countries have the most churches? Do you have mirror divisions, unions and conferences? Do elections of church officers work the same way? How do our organizations differ?

Answer: Basically, we are organized along similar lines as the SDA Church, with the difference that we have no formal Divisions. The units are organized for our convenience, which at times may mirror the organizational unit in the SDA church but not necessarily so.

Instead, besides local churches, State Conference, Unions and the General Conference, we divide the world in areas that are supervised by Regional Secretaries (North America, Central America, South America, Europe, Eurasia, Asia, and Pacific Regions).

Although membership growth is an important aspect of one’s existence, it is not the primary focus in our church. Making sure that a prospective member has truly given their heart to Jesus as their personal Savior is the main focus.

At the end of December 2014, our statistical reports revealed a membership of approximately 40,000.  Similar to the SDA church, Brazil holds the largest membership of any country in the world, with Romania being the second followed by Peru and Congo.

As we are not so familiar with the way elections are conducted in the mainline church, we cannot really compare the two.

Question: The Reform Movement holds all of the same fundamental beliefs as the original SDA Church, including beliefs about the state of the dead, the investigative judgment, the inspired nature of Ellen G. White's writings, baptism by immersion, the importance of evangelism before the second coming, and the seventh-day Sabbath. Can you point to areas of doctrine where we differ?

Answer: Yes, we hold the same fundamental beliefs as the original SDA Church. Some of the main differences in principles today I mentioned in the first answer above.

For more information on all our beliefs, we recommend the book “Fundamental Christian Beliefs of the Seventh Day Adventist Reform Movement” published by Reformation Herald Publishing Association.

Question: Is the Reform Church more conservative in lifestyle issues? Are there other differences?

Answer: When a person really accepts Christ into their lives, there is a drastic change in the way he or she approaches life. As a result there is a real change in the way the person thinks, talks, and lives. Because of this, we teach our people the principles of dress reform as revealed in the Bible and Spirit of Prophecy (Deuteronomy 22:5; 1 Timothy 2:9; Testimonies, vol. 6, p. 96).

Question: Does the Reform Movement have its own schools anywhere - primary, secondary or college? Do you encourage your members to send their children to any particular schools?

Answer: We have schools in some countries: Peru, Bolivia, Philippines, Brazil, Colombia, and a few in other places. We try to motivate our people to do home school wherever it is possible.

Where we find good Christian schools we send our children to them.

The moral condition of most of public schools is a tremendous challenge to  us. We really need divine grace to give proper education at home to our children.

Question: The Reform Movement tried to re-join the main church after World War I, but were rebuffed. Is this correct? Why?

Answer: In Friedensau, Germany, from July 21 to 23, 1920, two years after World War I ended, a special meeting was held between the representatives of the General Conference (President A. G. Daniells and others such as L. H. Christian, F. M. Wilcox and M. E. Kern), representatives of the three German union committee members from Holland, Czechoslovakia, Poland, and Hungary — altogether 51 members under the chairmanship of Brother L. R. Conradi — and 16 representatives of the “Opposition Movement” (as the 2% were called).  Sadly, the effort for reconciliation was not successful. Later on, other efforts were made equally without success.

The most probable reason that a reunification did not take place is because the SDA church eventually took a turn in some of its beliefs as mentioned in the first point. However, things might have been different if our appeal to the 1922 GC Session in San Francisco, California, had been granted and our brethren were permitted to be involved in those issues more directly— but this is only a supposition. We are not aware of the reason for the denial of that important appeal.

A very interesting fact about L. R. Conradi is that he was present at the General Conference Session held in Minneapolis, 1888, where he was one of the bitterest opposers of the Spirit of Prophecy and the message of Justification by Faith (See Movement of Destiny by L. E. Froom). He was also the main one responsible for involving the SDA Church in World War I in Europe.

Question: At a conference in Germany last May, the two German Seventh-day Adventist Unions apologized to the Reform Movement for their actions a century ago in disfellowshipping the pacifists who started the Movement. What did this apology mean to you and to the Reform Movement? (See Spectrum coverage here and here.)

Answer: The declaration of the two German Unions last May 2014 was very welcome to us and a step in the right direction. It made clear that the main cause of separation between the two churches was the military service and participation in World War I.

Question: Could the statement and apology from the German Unions indicate a rapprochement that could lead to church reunification?

Answer: We see the SDA Church as a very well-organized body with the potential to do a great work in the world. The appeal of Brother Ted Wilson, President, for a revival and reformation among the Adventists should be taken seriously. These two points — revival and reformation — cannot be separated. If this goal could be achieved it would be a great factor for a reconciliation between the two organizations, as it was a call for a revival and its accompanying reformation that led to the initial separation.

Question: You are planning your next General Conference session in Virginia in September 2015. What will be the main items on the agenda? Is this meeting held every five years? Who will attend?

Answer: Our next GC delegation session will be held in Roanoke, Virginia, from August 25 to September 12, 2015. Our delegation sessions are held every four years. We expect around 200 representatives from all continents.

Our main points in the agenda will be: Organ Donation, Euthanasia, a clarification on the role of deacons, Tribal Marriages, and Eschatology. There is a lot of planning that will also take place after the delegates have heard the reports of the current officers and make important suggestions for the improvement of the work.

The public meetings will be held at the Salem Civic Center near Roanoke, Virginia, from September 10-13, 2015, and all are welcome to attend. Please see our website for further information.

Answer: We do not have dissenting views regarding women’s ordination. Since our members are all in harmony with one another in this regard, this point will not be on our agenda.

We are unanimously against it. We do not find Biblical basis for it.

Answer: From time to time some members of the SDA Church join the SDARM and vice versa. However, there is not a large scale shifting from either side to join the other.

Question: When were you elected president of the Reform Church? What are your primary goals as president? What do you see as your greatest challenges?

Answer: I was elected president in August 2011, in Romania. I am originally from Brazil.

Our primary goals are to prepare a people to receive the baptism of the Holy Spirit so that we will be able to spread the Gospel accompanied with the great power of the Latter Rain and finish the work of evangelizing the world.

Our greatest challenges are: perfect unity in Christ, and the work of preaching the three angels’ messages (Revelation 14:6-13) emphasizing the message Christ Our Righteousness.

Question: What is your background in the Reform Movement? Did you grow up in the Movement or were you converted?

I was born in a Christian environment and became a member of the church in 1961. After attending our Missionary School in Brazil, I entered the colporteur work and enjoyed that work for eight years. Then I became a colporteur leader, Bible worker, and youth leader. I served in various responsibilities in all levels of the church (local church, State Conference, Union Conference, and General Conference). I was ordained to the ministry in 1977.

We hope that God’s people will get ready soon so that we can hold the next General Conference Session together with our Lord and Savior in heavenly glory.