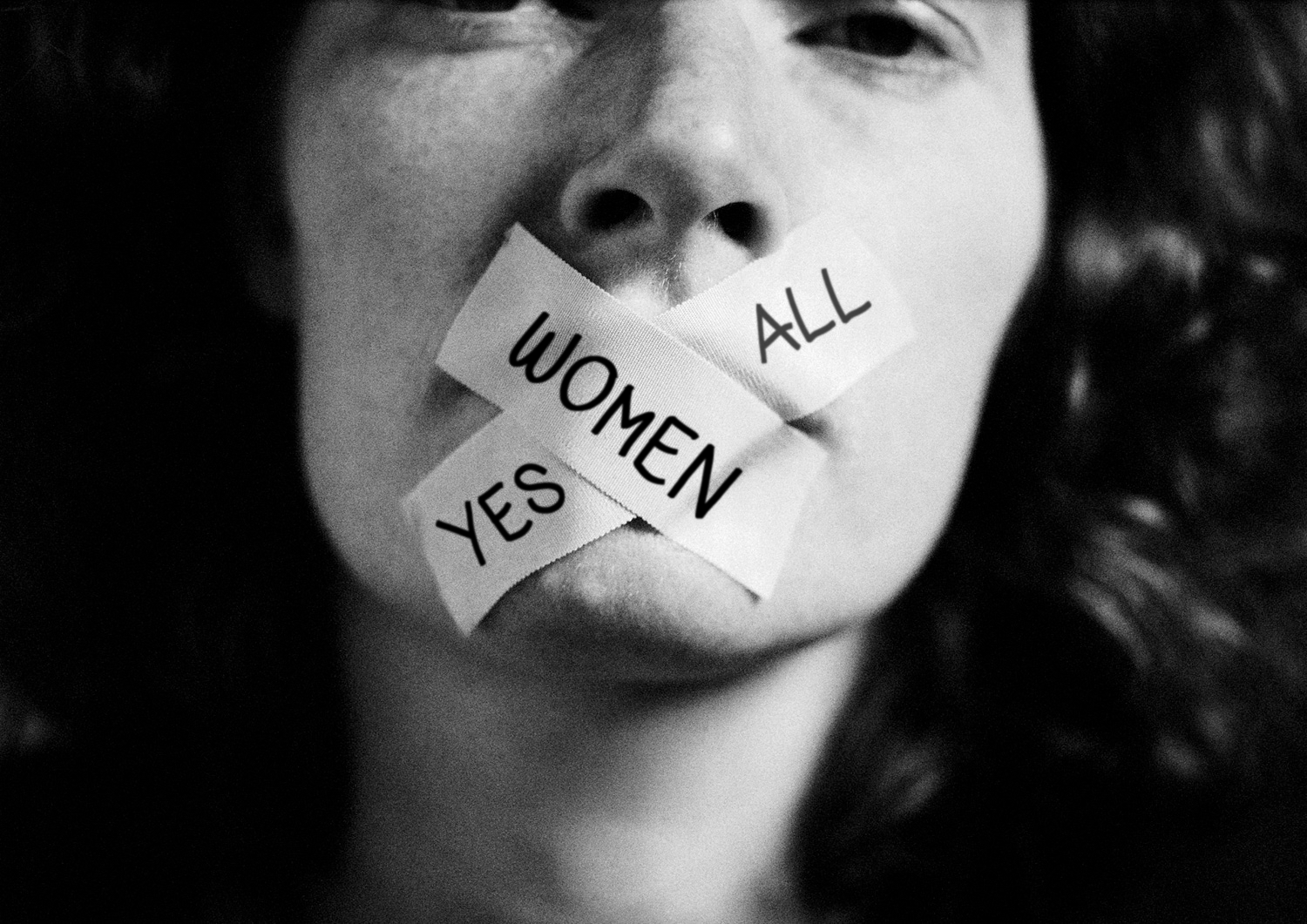 In May 2014, Elliot Rodger, son of director Peter Rodger, went on a shooting rampage against sorority girls.  In his YouTube video preceding the incident, Rodger explained he was “forced to endure an existence of loneliness, rejection, and unfulfilled desires” because beautiful women refused to date him.

Women across the nation expressed their horror at Rodger’s entitled attitude, hinting at a deeper, societal problem.  Not wanting to be lumped with a mass murderer, men took to Twitter to defend their gender: “#NotAllMen are like that!”

Women were quick to respond: “Not ALL men harass women, but ALL women have, at some point, been harassed by men.”  Women began to publicly share their stories of sexism, sexual harassment, and abuse in modern society.  The #YesAllWomen movement was born.

My university campus buzzed at the news of Rodger’s mass killings.  Yet my peers discussed the tragedy in an us-versus-them way.  They claimed secular environments produced men with entitled attitudes towards women.  Those in the Adventist church were safe from those dangers.  I knew better.

When I was seventeen, I attended an Adventist academy.  The family-like atmosphere, the weekly chapels, even the cafeteria food helped the school to become my second home.  My only complaint?  I hated going to U.S. History.

My history teacher, Mr. Hayes (names have been changed), was a morning person.  At 7 AM, he greeted each student with a firm handshake and a hearty welcome.  High-energy activities such as Ford-like assembly lines and review relay games were prevalent.  Most students adored Mr. Hayes for his teaching style, but I was not a morning person.  I often closed my eyes or covered my ears to shield myself from the flurry of activity.

Once, when running late for class, I rushed towards Mr. Hayes, and he sang, “Oh Anne, Anne, Anne.”

I rolled my eyes. Mr. Hayes sang my name every morning.  But this time when he shook my hand, and I tried to let go, he gripped it tighter and stared at me.  His hazel eyes, usually friendly and welcoming, looked dark and ominous.

“Can I have my hand back?” I asked, trying to pull my hand from this grip.

Mr. Hayes stared.  I shrunk back.  Without a word, he let go and walked into the classroom.

Another morning, as Mr. Hayes passed by my desk, he handed me a white box.

“These are for you,” he said.  He walked to the whiteboard and began to write the class assignments for the day.

My classmate asked, “What is it?”

Lifting the lid, I saw an assortment of chocolate truffles.  I looked up at Mr. Hayes who had stopped writing on the board.  He smiled at me.

“Dear Heavenly Father, thank you for this class.  Guide us as we learn more about the history of the world you created,” Mr. Hayes paused, “and Lord, thank you for Anne. In Jesus’ name, Amen.”

I started to see prayer as a weapon.  Whenever Mr. Hayes asked the class to bow their heads for prayer, nausea overwhelmed me.

Mr. Hayes also began pulling me aside each class period.  The conversation was the same each time:

“Anne, are you okay? You’ve been looking down.”

I would cross my arms and look away.

He would lean in close, “Well, if you need me, I’m always here.”

I hated this extra attention.  After mentioning it to my dad, we set up a meeting with the vice principal.  With no physical evidence, there wasn’t much the administration could do.  They warned Mr. Hayes to act appropriately with all of his students, and they warned me to keep my distance.

This worked for a month.

One morning, the bell rang and my classmates left before I could pack my books.  I was alone in the classroom with Mr. Hayes.  Filled with dread, I reached for my backpack, but Mr. Hayes walked beside me and placed his hand across the opening of my desk, trapping me.  I leaned back, but he placed his face inches from mine.

“I’m fine,” I said, turning away from his face.

Mr. Hayes placed his mouth next to my ear.  He smelled like stale Cheez-Its, and his breath felt like dirty water.

“You know,” he said, his balmy breath flooding my ear, “if you ever need anything. My office is always open.”

“Leave me alone!” I said, pushing him away.  I grabbed my backpack and ran away.

My dad and I filed an official report with the principal.  We learned that a few other girls had filed reports against Mr. Hayes too.  I didn’t know who they were, but I felt peace knowing that, somewhere in the school, other girls could relate to the fear I had felt for three months.

The next Monday, it was announced that Mr. Hayes had resigned.  The students groaned.  He was a beloved teacher.  I, however, sighed.  Mr. Hayes was gone. No more unwanted staring, pushy questions, or fear of being trapped in a classroom with him.  I was safe.

I am lucky.  My story is more creepy than it is horrific.  But my story is the mildest of my family.  Every woman in my family has been harassed or sexually abused by a good standing, Adventist man.
The Seventh-day Adventist church is my home, but I am not blinded to the fact that Adventists are not immune from creating men who feel superior to women and who feel entitled to their bodies.  It is time that we stop pretending that we are.

Emily Hughes said it best on Twitter: “Every single woman I know has a story about a man feeling entitled to access to her body.  Every. Single. One.”

Anne Pantke (not her actual name) is a senior writing student at an Adventist university.