Don't let the April 1 event date fool you—Shakespeare Walla Walla's presentation of "A Gay SDA Play" is a serious depiction of the lives of two dozen Seventh-day Adventists (some have left the denomination) who happen to be lesbian, gay, bisexual and transgender.

Bradley Nelson, a graduate of Walla Walla University and playwright, says the idea for the play came from a similar dialogical presentation at Whitman College, a private school in Walla Walla, Washington.

"I was inspired by local production at Whitman where a student interviewed LGBT people his age—college-age individuals. He interviewed them, documentary-style, and created a script based on the interviews," Nelson said. Nelson left the Whitman College presentation with the thought that a similar exploration of the topic from within Adventism would be interesting. He began reaching out, starting with Kinship International, a support group for Adventist LGBT individuals.

"A Gay SDA Play" is a staged reading of a script crafted from the dozens of interviews Nelson conducted. A "docudrama," Nelson calls it, because it adapts verbatim dialogue from his interviews into a documentary-style play.

For some, the play may call to mind the "Seventh-Gay Adventists" film produced by Daneen Akers and Stephen Eyer. The starting point is the same—telling the stories of lesbian and gay Seventh-day Adventists, but from there, the projects diverge. Whereas the SGA film follows three couples on film, the play features thirteen actors telling stories of a wide array of individuals based on over two dozen interviews. And while the subjects of the SGA film wanted to be Adventist, Nelson says some of the individuals whose stories the play tells have left the Adventist Church.

Nelson shared a copy of the script with Spectrum, and mixed in among the sometimes moving, sometimes humorous, sometimes troubling stories, there are surprises. 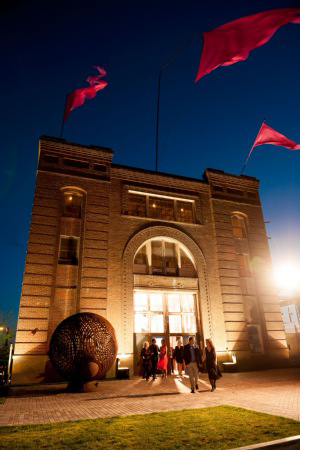 The subjects of "Gay SDA Play" are a diverse lot—lesbian women, gay men, transgender and transsexual individuals, and bisexual individuals whose stories take place in Virginia, Florida, rural Canada, Andrews University, Chicago, Manhattan and Taiwan. They are artists, stock brokers, social workers, lawyers and communications specialists for Sprint PCS, among other things, but they have in common Adventism and non-heterosexual identities.

Nelson said he hopes the play will attract audiences from both the surrounding Adventist community and non-Adventist theater goers alike. "My hope is that it sparks conversation," he said. "The Adventist Church in particular, but religions in general have differing opinions of sexuality. The more conversations in various formats, the better off we are."

"A Gay SDA Play," the second production in Shakespeare Walla Walla's "Works in Progress" series, which features staged readings of works by local authors, is scheduled for only one performance at the Gesa Power House Theatre (pictured above, left) on April 1st. And attendees be advised: the production includes some frank discussion of sexuality, the kind that might be the beginning of productive conversation for the Adventist community.

"I think everybody has an interesting story if you give them the opportunity to tell it," says Nelson. "In writing this play, I was fortunate enough to be trusted with some very personal and moving examples." More information about "A Gay SDA Play," including ticketing information (free admission for students and teachers), is available at the Shakespeare Walla Walla website.

A question and answer dialogue with Bradley Nelson will follow the production.