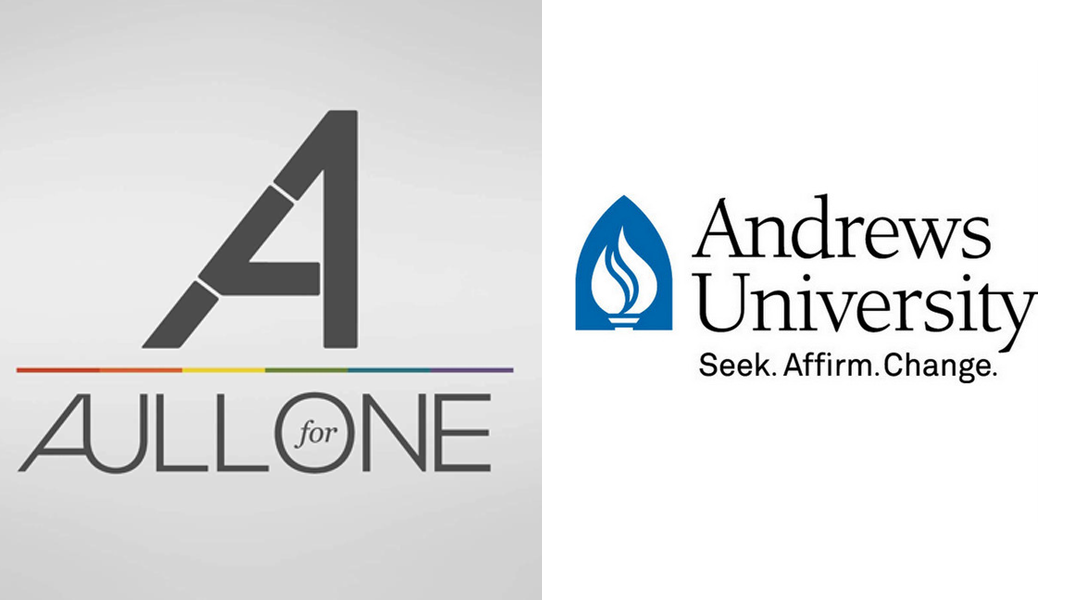 Over the last several days, a standoff between university administration and a student group has embroiled Andrews University, and has spread through online news outlets and social media. The fracas started a week ago when administration told leaders of AULL4One, an unofficial gay-straight alliance on campus that a planned fundraiser could not go forward.

Last semester, AULL4One, which claims a membership of around eighty students, faculty and community members, began planning a fundraiser to benefit LGBT homeless youth in Chicago. Because the group is not sanctioned, it needed to hold the event under the auspices of an official school entity. Campus Ministries agreed to step in.

We wanted the organization that we supported to be specifically geared towards LGBTQ Youth. Campus Ministries seemed excited to work on it with us, but said that whatever group we chose to support had to follow NAD guidelines.

At that point I was a little discouraged, but then I found Project Fierce, a grassroots collective of social workers in Chicago. They told me that all the money we donated would be going to buy a house in Chicago to [be turned] into a transitional home for LGBTQ youth. It honestly seemed like a pretty safe option to me that AULL4One and Andrews University could agree on.

But as the date of the proposed fundraiser neared, administration halted the event, citing a conflict with the university’s mission and Adventist beliefs. Requests for specific points of conflict yielded no further explanation, angering student leaders.

“They've been very cagey about it, in my opinion, not giving us a real reason as to why Project Fierce isn't okay,” Battle said.

Students proposed an alternate organization, Center on Halsted, that also supported homeless LGBT youth. Andrews again said no, but countered with the suggestion that Night Ministry, an interdenominational organization supporting homeless youth more broadly might serve as an acceptable alternative.

Students saw the university’s suggestion as an attempt to circumvent their specific goal of helping LGBT individuals.

Jonathan Doram, a junior Music Education major at Andrews and president of AULL4One, told Spectrum, “While doing excellent work, [Night Ministry] is not LGBT-specific, and safe housing for LGBT youth needs to be provided by those who are specifically trained to understand the needs of this very vulnerable population.”

We wanted to focus specifically on LGBTQ youth homelessness because that pertains directly to us and our mission, and is an issue that is overlooked not only by society but often times the LGBTQ community as well. Plus, a lot of kids get kicked out of their homes because of their parents religious views and that is an issue that cannot be ignored.”

Had students and administrators both looked more closely at Night Ministry, there might have been a different response on both sides.

AULL4One founder and Andrews student Eliel Cruz said, “Having looked at the organization more closely, Night Ministry is actually no longer a faith-based group and, in fact, works closely with Project Fierce...Had the administration looked into Night Ministry it would have found out some of the same objectionable stances as Project Fierce.”

At an impasse, and seemingly out of options, Cruz took to the Internet on Monday to decry the perceived injustice. Utilizing social media and his platform as a freelance journalist, he broadcast the details of the canceled fundraiser, including screen captures of email exchanges with administration. Those images were soon taken down, but the incident spread quickly across several websites, with more outlets picking up the story all the time.

Tuesday evening, President Andreasen responded to the situation with an email message including a Question and Answer segment affirming the university’s concern for LGBT homeless youth, but taking issue with the online offensive against the university.

As the University was saying “no” to the specific, proposed agency, an administrator suggested an alternative support agency in Chicago that also deals with homeless LGBT teens. That suggestion does not appear to have been pursued by the student who instead proposed an additional unacceptable agency. Shortly thereafter, the student stopped his conversations with administrators, asked for a “written” clarification of the decision not to support his recommended agency, and went to the press/social media.

Andrews University believes that it is possible to both show Christian care and compassion for all people while also pursuing a life that lifts up biblical values.

As has been true with the national debate on these issues, the Seventh-day Adventist Church and Andrews University believe that there is room for respect of differing viewpoints within this discussion and within society.

Unfortunately, Andrews University does not believe that its sincerely held beliefs have been afforded such respect. To “disagree” with another person’s view is seen as callous, uncaring and unchristian.

In reference to the specific matter that brought about this attention, the “problem” as the University sees it is that once a decision was made that a student did not like, he stopped conversation about it and went to the press/social media to portray the University in a light that was neither fair nor accurate.

AULL4One responded to the president with an official statement on their Facebook page. While Andreasen’s message focused on the actions of one student, the group was eager to point out that the fundraiser--and the public response--was the work of club members together.

Once it became clear to AULL4One that we were not going to be allowed to publicly fundraise on campus, the members decided together to still pursue the fundraiser. We cannot let policy nor politics become obstacles to serving and helping people. Using the resources and connections of one of our members who has a lot of connections due to his dedicated advocacy, we were able to shine a light on the decision process behind denying the LGBT-centric organizations that help homeless youth.

While Andrews University has every right to deny any event on its campus, we believe this refusal is contradictory to Jesus’ repeated calls to help those in need. While we realize this can be a very heated conversation, helping LGBT homeless youth—a population in need—should be an issue anyone and everyone can support. The reasons for the online fundraiser are three-fold: 1) to promote awareness of problems affecting LGBT homeless youth, 2) fundraise for Project Fierce, and 3) call into question the actions taken by the university. We seriously and earnestly seek to uphold Andrews University's mission: "seek knowledge, affirm faith, and change the world." It is with that mission statement in mind that we refuse to stay silent.

The issue remains open-ended, with students now asking administration to acknowledge the cohesive effort of the whole student organization, and the administration purportedly uninterested in revising its previous statements.

This story speaks to the complicated circumstances under which Adventist institutions increasingly operate. Several university personnel have privately indicated their support for the student group, but decline to go on record for fear of reprisal, resulting from being at odds with Adventist statements on homosexuality.

Andrews University is routinely denounced by those on the left in Adventism as being far too theologically conservative, while many on the right have written off the university as an apostate institution.

In between the polarities, administrators struggle to balance pragmatic concerns and denominational fidelity on a host of issues, particularly homosexuality. The more strident the Church’s statements become, the more difficult the balancing act.

Finally, we received unconfirmed reports that Night Ministry has said it will decline funds from Andrews University in light of the institution’s stances. Night Ministry has not responded to requests for comment as of this article’s publication. Meanwhile, the online fundraiser AULL4One implemeted in place of the bake sale has raised over $6,000, more than triple its original goal.