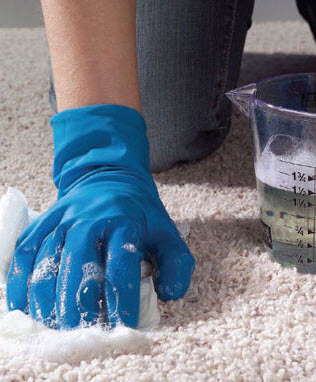 Several weeks ago my wife and I attended The One Project (T1P) event, in San Diego. It was my first time and, among other things, it was an opportunity to gain a first-hand opinion. I am aware, being on the Spectrum web team, that there is controversy about T1P in some people’s minds. But I hadn’t done any sort of deep dive into the various complaints. I also got the assignment to report on Day 2 for the website, which interested readers can find here. I personally found the conference experience to be very positive. The speakers had obviously done considerable thinking about their assigned topics and the results were evident. I don’t like to casually throw around religious jargon, but in this case it is fair to say that I was personally blessed by the experience.

As for controversial teachings – I found nothing that qualified. This was not at all surprising to me, but I was paying close attention, since their organization has been continually criticized by various Adventists who think T1P is bringing heresy into the church through the back door. I thought about using part of the Spectrum article I wrote to speak to this controversy but decided better of it. What was needed, I concluded, was simply accurate information. So I dedicated the whole article to giving as much detail about what actually took place on Day 2 as space allowed.

Now, Spectrum permits comments to follow the web articles and I wondered whether any critics would weigh in. There was virtually nothing in my report that hinted at controversy, since there was nothing controversial that I saw taking place. But sure enough, the third commenter under my article had a concern. This individual had obtained T1P’s Facilitator Guide – a booklet used by the discussion coordinators at each table. The concern was not about the text of the guide, it was about the bibliography. To begin with, only one of the 10 resources listed was written by an Adventist. And the commenter chased down some of the resources on the internet, found some sentences from those resources that seemed questionable, pasted them into the comment, and asked: “Anyone else concerned about this list of books being promoted at The One Project and considered as resources for how to conduct a Recalibration?”

I am not making this stuff up. I’m not that creative. The concerned individual didn’t speak to the content of the conference – what the 1000+ attendees actually heard. The concern wasn’t about the content of the Facilitator’s Guide – what we presume the table moderators read in preparing for their task. It was about the fact that most of the resources in the bibliography weren’t SDA. And some paragraphs were then lifted from some of these authors – who knows what the broader context was – and an open, free-floating question of suspicion was raised. This is a real stretch, folks. You gotta work hard to complain about material this far removed from the actual content of the conference. I would not be surprised if similar presumed heterodoxy could be mined from the syllabi of most seminary courses, with enough effort and dedication.

Now, at this point, let me pause and lay a baseline for what I wish to consider in this essay.

First, any organization has, and needs to have, boundaries. Adventism is no different. Thus it is obviously legitimate for every member of a group to take interest in what the limits and flexibility of those boundaries are and ought to be. Investigation of whether individuals or ideas have strayed beyond appropriate group boundaries is not categorically illegitimate. Far from it. And the investigations by “concerned” individuals are generally portrayed in this light. The question I have is whether something else, something beyond, is also going on in some of the criticism that seems almost native to the Adventist subculture.

Second, this example of a web comment is somewhat extreme and it would be inappropriate to extrapolate from it too far. Of course, it also is not an isolated criticism. But it is reminiscent of a mindset – one I have seen for years in Adventism and, unfortunately for me, I’m getting to be a fairly old guy. It is fear that Adventism is being corrupted from within by something Satanic, conspiratorial and growing. Fear that a majority of church members are too naïve or inattentive to see all this, and those who want a “clean church” are therefore “sounding the trumpet on the walls of Zion”.

So this “cleaning” metaphor I use in my title is in some ways legitimate and some dialog that the church engages in – under this general heading – is constructive. But not all, I contend. And it is the less savory aspects of our penchant for cleaning I wish to consider here.

The explicit targets for some of the “cleaner mentality” change over the years, but the thought process often has a depressing consistency. Here are some aspects that I have perceived. These hypotheses concerning purpose are, of course, awfully difficult to prove conclusively and I have no such goal. I simply wish to “lift the rocks” and ask whether our motives might be more mixed than we admit.

1.       Propositional truth and protecting ourselves. Adventists have always been big on abstract, propositional Biblical truth. The church pioneers would try to debate ministers from other denominations on doctrinal points, trying to convince the public that our position was right. This cultural mindset would understandably attract people who are gratified to belong to an organization that is right. Fine. But the satisfaction of being right has a potentially undesirable side. It can be a protection to evade the Holy Spirit getting too close and convicting us of the need for personal spiritual overhaul. If being right is the bottom line, spiritual reconstruction is no longer central – or even necessary. You’re in the Right Club with no painful self-examination required. This has its attraction. Add to this the warnings raised by Ellen White about Spiritualism and you have a subculture that is often quite adverse to emotion in their religion. Then, if you: a) over-emphasize emotion-aversion because you are ostensibly avoiding the dangers of Spiritualism; and b) emphasize doctrine abstracted from how it plays out in the lives of messy, flawed people –  you can be zealous in your cleaning for quite problematic and unrecognized reasons.

2.       Works and the Moral High Ground. Christianity teaches us that we are all sinners, lost without God’s gracious gift of salvation – obtained by faith, not works. This assessment of our inherent condition also syncs, I’d suggest, with what we recognize about ourselves, if we’re honest. We are flawed. We screw up. “Man”, said Blaise Pascal, “is neither angel nor beast, and unhappily whoever wants to act the angel, acts the beast.” Obviously this recognition doesn’t make us feel good about ourselves. The Christian way out is to admit this, fall at the foot of the cross, accept the unearned righteousness offered, and never again fail to realize what our natural condition is and where our righteousness comes from. But there is a shortcut. That is to do things that appear to be “good works” and legitimately realize their goodness – thus our self-esteem is raised. But then illegitimately cover ourselves with these works as if they have efficacy in themselves. We all know this doctrine. But in my life experience there are myriad ways we engage in self-deception in this arena. It seems to be human nature to try and “fall off the wagon” of grace. And one of the works that can produce this substitute feel-good result – is to be a God Defender, a Cleaner. We then cloak our actions in moral superiority – fighting the good fight against those in our midst who are not only mistaken, but actually the enemy. Cleaning feels good and it appears to be the Moral High Ground. But this sort of good feeling – if driven via the scenario I’m describing here – is deceptive legalism. So there is a real risk that the good work of everyone asking the legitimate questions about organizational boundaries can morph into a self-serving, ego-propping, works-grounded religious exercise.

What I hope to do in this essay is not engage in an even more subtle cleaning exercise – cleaning out the cleaners. Elevating myself, by virtue of this analysis, to an even higher Moral High Ground. I would hope what I am trying to do instead is catalyze individual reflection on our multiple, and perhaps entangled, motives. Self-deception can be inordinately subtle. We can tell ourselves we are doing right and wind up doing harm. We can also subtly insulate ourselves from God – boxing Him into an abstract version of “truth” to forestall painful but needed change in our lives.

The church is often compared to a body – per 1 Corinthians 12. Bodies are alive and can be harmed. Bodies also need cleanliness but not at the risk of injury. My Adventist experience has too many examples where I have seen people wounded by others who believe they are cleaning. But they treated the body of Christ as something abstract, isolated from context and not populated with fragile people with complicated motivations. And if we treat the body as if it were dead it is no longer cleaning – it is embalming.