Spousal Abuse and Tending the Flock

Spousal Abuse and Tending the Flock 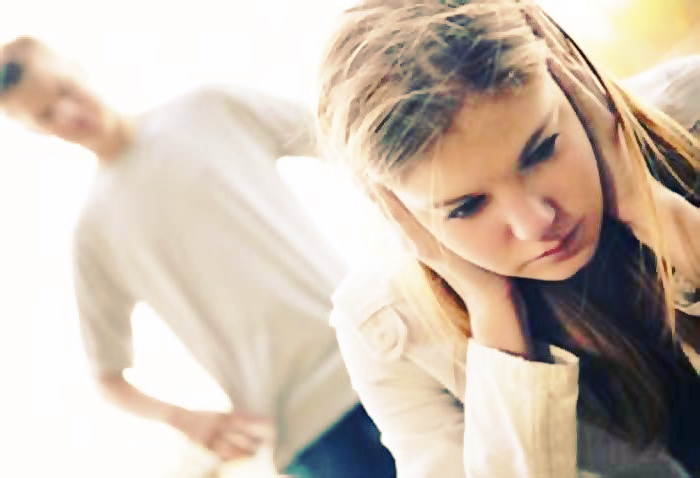 Spousal abuse is a delicate topic in any community, but can be especially difficult to discuss within a conservative Christian environment where the stigma and ramifications of divorce often leave victims feeling as if they’ve experienced abuse all over again—this time at the hands of the church. For this reason, the author of this piece has been granted anonymity to share her story, which she tells here for the first time.
-Ed

About a week ago, a young woman witnessed her abusive ex-husband welcomed into the Adventist church with open arms. Years earlier she had committed the “sin” of marrying a non-Adventist. Even in their early dating days, pastors had flocked around them, pecking at the young man to convert. At one point, he told the woman that though he didn’t accept many of the core beliefs of the church, he’d be happy to convert if it would make it easier to marry her. She declined this idea. After all, joining a faith under false pretenses is worse than not joining at all. Isn’t it? And the young man was a Christian already. By all outward appearances, a better, more faithful follower of Christ than any Adventist young man she’d ever met.

When they married, a non-Adventist pastor officiated, of course. Even after the marriage, well-meaning Adventists still voiced their concerns that the two were unequally yoked. As if marrying a fellow Adventist automatically solves that problem (and every other problem a young marriage will face).

When the young man became abusive shortly into their marriage, the young woman clung to everything the church had taught her—pray more, try harder to be a better wife, divorce is a sin. When he shut down every conversation (whether religious, political, health-related or otherwise) with “you only believe that because you’ve been brainwashed by that cult,” she stood her ground. When he pressured her to cut ties with her family because they were Adventist, she refused. And after five years, when her marriage finally reached the point where she knew it was only a matter of time before he killed her, she left.

Reactions from the Adventists around her often included “It serves you right for marrying a non-Adventist” and “You should have known better.” As if the young woman hadn’t grown up witnessing “good Adventist men” abusing their wives. “Abuse is not biblical grounds for divorce,” was also lobbed her way by the select few she had confided in about her reasons for leaving.

While the young woman was enduring threats of violence by the young man who now lived a short distance away, the church was waging its own assault. Against her, but not against him. More than ever, church members rallied to the young man in support, to lift him up, to show him what a wonderful place the Adventist church is, and how supportive its members are when you’re in crisis. The irony was not lost on the young woman, though she felt very lost in other ways.

There were a few individuals who stood by her. Who supported the young woman through this very difficult time. But the vast majority of those people were not Adventists. She found solace and comfort from Catholics, Baptists, atheists. People who stayed with her when she was too afraid to be alone. Who brought her food. Who called to ask how she was doing. Who said, “we’re so sorry you’re going through this, what can we do?” or who simply listened.

He showed up regularly on her doorstep. Threatening, telling her what a “bad wife” she was, reminding her that she was responsible for his actions—she drove him to it. He had brief moments of remorse, where he would beg to come back home, say that he was changed and knew how to be a good husband now. But these moments were fleeting and it was never long before his personality shifted back to the husband she had known and he returned to staunchly admitting no wrong doing.

While she lived in fear of him, and felt increasingly isolated from the church she was born and raised in, the young man began attending church and Sabbath School regularly, bolstered by the support of the Adventists who made it their mission to surround him. Soon, he was invited to teach a small church group. And now, three years after the dust of their former marriage has settled, he has officially joined the Adventist church by profession of faith, welcomed and loved and accepted wholly, while she is still relegated to the outskirts, the fringes, the unworthy.

He is a success of the Adventist church. A product of the remnant faith, and of the fervent witnessing of those who have the truth. And the young woman? She is a failure. A smudge mark on the church’s record.

During that same service where the young man professed his faith, the pastor called for more baptisms, more numbers to join the ranks of the Adventist church. And the young woman couldn’t help but wonder, how different would our church be if we spent more time tending the flock we already have, rather than stealing others’ sheep. If our energy went to consoling the hurting and mending the broken already among us. If we were a church that others sought out because our care and compassion cannot be contained within church walls, rather than a church that has to trample its fallen in the quest for inflating its numbers.

"My people have been lost sheep. Their shepherds have led them astray and turned them loose in the mountains. They have lost their way and can't remember how to get back to the sheepfold.” Jeremiah 50:6 (NLT)