What Shall We Do With Ellen White?

What Shall We Do With Ellen White? 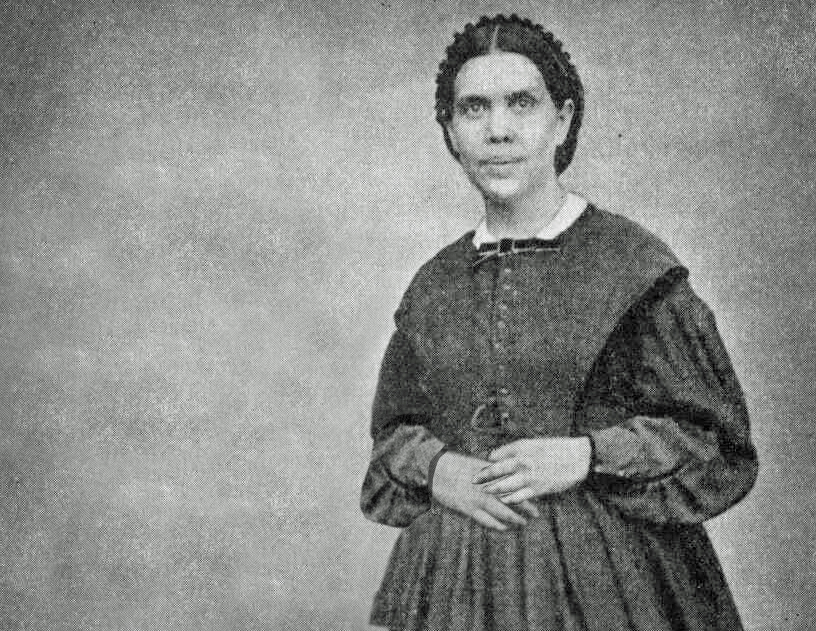 If the person who is forgiven much can love much, as Jesus said, such a person can also face self-deception and begin to overcome it. The virtues grow in the soil of grace. What is true for the individual, moreover, is true for the community: grace can burn away our sins. And now, with the new flowering of Ellen White scholarship, it is high time—again—for honesty about the church’s prophet. What Kierkegaard said in his criticism of the church in Denmark, each of us must also say.

In October, the editors of the Adventist Review published, in the monthly edition called Adventist World, an important sermon that declared the “Spirit of Prophecy”—Ellen White’s prophetic ministry—to be “absolutely reliable.” This phrase is admirable for its clarity and does produce, as good prose will, a shock of recognition. But what we recognize is that the claim the phrase expresses is not true. Given all we’ve learned since the 1970s, it comes across as sheer denial, even as willful disregard of truth. And you cannot read "Ellen Harmon White: American Prophet," the recently-published Oxford University Press volume edited by Terrie Dopp Aamodt, the late Gary Land, and Ronald L. Numbers, without realizing all of this anew.

This book was written mainly by persons with links to Adventism. Nineteen of the 22 contributors are Adventist by current practice or background. More than half have given their lives to the church and its mission. The 18 essays and illuminating foreword peek into corners of Ellen White’s life not yet fully explored and constitute an undoubtable challenge to the convention that grants her, as one contributor puts it, “a status very close to fundamentalist inerrancy.” You can’t think this challenge comes to nothing without willing to look away.

These scholars describe a woman who was, especially by the standards of her day, truly remarkable. Ellen White was insightful and visionary; confident, ready to stand up to men, gutsy in the face of controversy; tenacious and effective as a leader. She was and is our prophet, and the book gives us great reason to admire her. But Ellen White was also flawed. She said things there were wrong; used passages from other writers (including the historical errors) as if they were her own; fell short of sufficient humility and openness about her own finitude and brokenness.

Some were aware of these things even while she was alive, and vigorous debate concerning Ellen White’s authority followed her death in 1915. The winners, as we all know, were the ones who ascribed to her a kind of “fundamentalist inerrancy.” Their influence, moreover, kept the transcript of the 1919 Bible Conference, where key conversations took place, hidden from general view. So most of today’s older Adventists grew up not realizing there was any doubt about what had come to be Ellen White orthodoxy. But the transcript from that conference eventually became public; and even before that, scholars began to review her life and work using the standards of contemporary historiography. Now everyone who reads with an honest heart knows that the old orthodoxy fails. Although Ellen Harmon White underscores the substantial reasons to appreciate its subject, the book also reinforces the perception we now have that she was a fully earthen vessel, deficient and incomplete.

But disagreements about all this—disagreements amounting to communal brokenness—will doubtless persist. Paradigm shifts are like dream monsters, scary and beyond our control. What shall we do?

Part of the difficulty is that the church came to have an unhealthy dependence on Ellen White’s advice. In a paper presented last summer to a conference at Friedensau Adventist University on Adventists and World War I, Gilbert Valentine, a professor at La Sierra University, described the frustration church leaders felt when Ellen White could not help settle questions related to the demands of the military. Eighty-six years old at the outbreak of World War I, she was too weak to come to the table, and confronting life without a functioning prophet was bewildering. For many, the prospect of life without an infallible prophet is alike bewildering.
Whatever we do, then, we must do with studied pastoral sensitivity.

A good first step would be to cut the overstatement. Traits attributable to God alone should not be attributed to Ellen White or anyone else. And not only must we stop using phrases that mislead, we must explain why. Ellen White herself said that “God and heaven alone are infallible” (Selected Messages, 1:37). And from the greater light of Scripture we learn the same: “God is in heaven” and we “upon earth” (Ecclesiastes 5:2); God’s “ways” and “thoughts” are “higher” than ours (Isaiah 55:8, 9); here and now we “know only in part, and we prophesy only in part” (1 Corinthians 13:9, 10). I don’t know what could be clearer, except that it’s still not clear to conventional Adventism. From the press and the pulpit, these passages should be repeated again and again—not to discourage us but make us truthful as well as passionate in faith.

Another step would be to grant, again repeatedly, the brokenness of many of the great heroes of our faith. David, the beloved composer of many Psalms, was at one point a murderous adulterer. Jonah ran away from responsibility, and after a second response to the divine calling, pouted over an outcome he did not expect or want. Or consider these examples from later than biblical times: Martin Luther heaped venom on the Jews and supported violence against his Christian enemies; Martin Luther King cheated on his wife and plagiarized parts of his doctoral dissertation. Most of us admire these people and quote them without reluctance. We’re troubled, to be sure, but we adjust to the reality that those who speak for God fall short.

Still another step would be to tell the good stories and quote the best quotes with open, grateful hearts. No one should roar into the Michigan camp meeting bent on sledgehammer iconoclasm. Such a thing would do needless harm and be itself dishonest. Ellen White was a smart, persuasive, and farsighted leader. She stood tall when women were deemed undeserving of the vote, let alone leadership in society and church. As the key shaper of our heritage she offers wisdom we need to hear. We can no longer listen uncritically, but we can still listen, and we should. Her guts, for one thing, could inspire us to show some guts.

Biff Loman, the elder son in Death of a Salesman, bursts out angrily, “We haven’t told the truth for ten minutes in this house!” The Loman house was dysfunctional, and dysfunction threatens ours. We cannot fool our way—or lie our way—into faithfulness and flourishing. We have to tell the truth.

Dan Jackson, the North American Division president, ended a sermon at the Division’s 2014 year-end meetings by saying emphatically: “I love the Seventh-day Adventist movement. It. Will. Not. Fail.” But it will fail—unless we tell the truth. He and his fellow leaders, and all those, like you and me, whose sway is some smaller corner of the church’s life, have an ever-more urgent responsibility, and it is this:

Charles Scriven is board chair of Spectrum and the Association of Adventist Forums. This editorial first appeared in the current issue, Volume 42, Issue 4, of Spectrum Magazine.