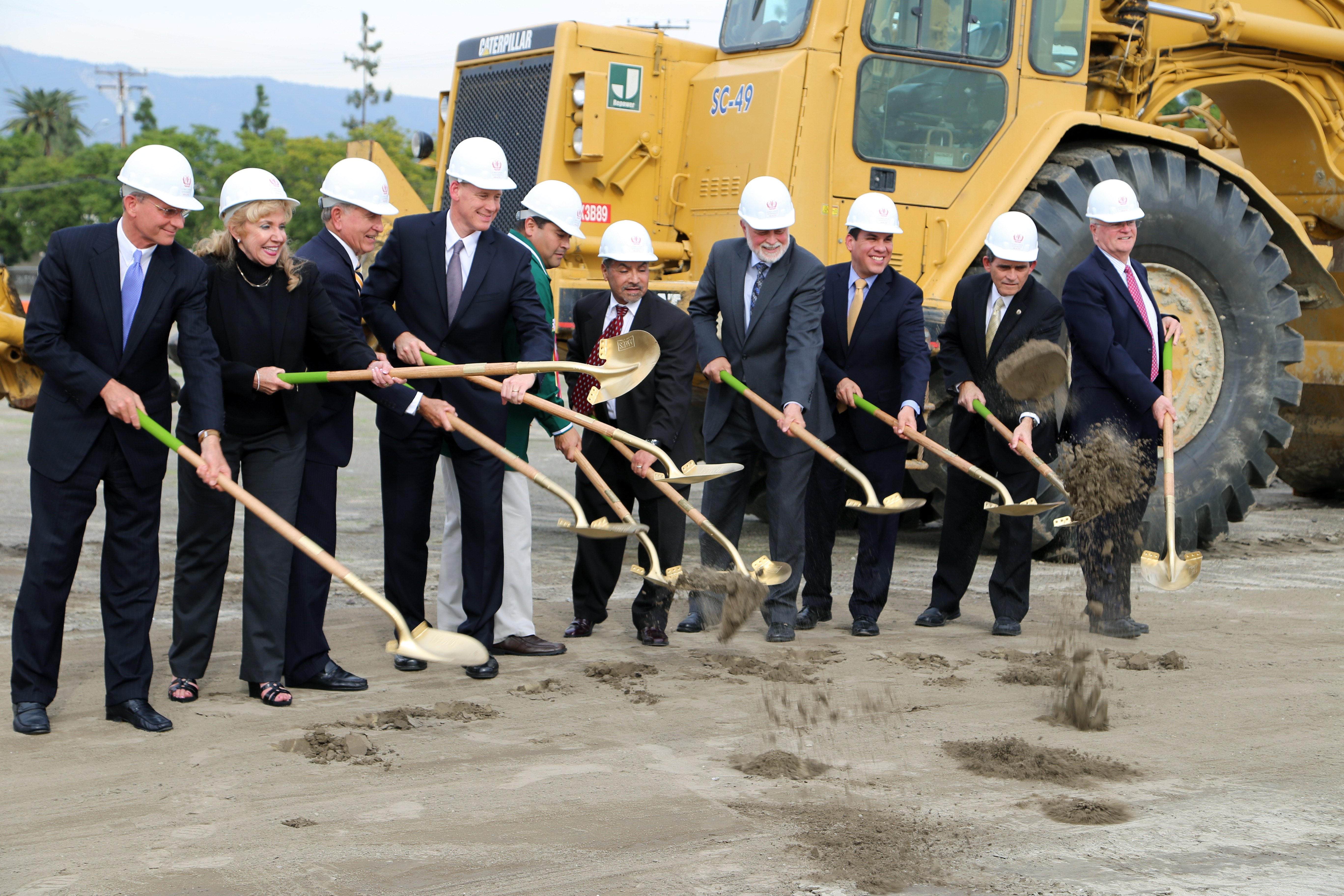 Dr. Hart said, “Studies of the infrastructure of San Bernardino have found that there are two large unmet needs in this community. The first is a lack of skilled workers. The second is a lack of quality health care. Our new project will shore up both of those sectors of the economy by providing career education and health care for area residents as well as creating employment opportunities."

During the groundbreaking ceremony in front of a large group of civic and health care leaders, Elder Ted Wilson offered a dedicatory prayer, and stated that health and education bring hope. Both have been hallmarks of the Seventh-day Adventist Church's worldwide mission. “This unprecedented and visionary gift will bring world-class education and health care opportunities to the Inland Empire while promoting significant financial, social, and employment opportunities for the people of our community,” Hart announced. “We are extremely grateful to the leaders and people of the San Manuel Band of Mission Indians for their extraordinary generosity.”

Tribal Chairwoman Lynn Valbuena explained the significance of the gift:

“In the early days, San Manuel had limited access to healthcare on the reservation, but the people of San Bernardino and doctors and nurses from Loma Linda helped us during times of need,” Valbuena said. “Today we are drawn together in common purpose to bring greater access to medical care and education to our region. We want to make sure the dream of a brighter tomorrow becomes a reality for the students of San Bernardino and the Inland Empire. San Manuel Gateway College will support the vitality of this community for decades to come.”

In an official statement on the denomination's website, the Seventh-day Adventist Church discourages gambling. The statement calls the concept of winning at the expense of others "a modern curse." The statement goes on to say,

Gambling violates Christian principles of stewardship. God identifies work as the appropriate method for gaining material benefit; not the playing of a game of chance while dreaming to gain at the expense of others. Gambling has a massive impact on society. Financial costs result from crime committed to pay for the gambling habit, increased policing, and legal expenses, as well as associated crimes involving drugs and prostitution. Gambling does not generate income; rather it takes from those who often can ill afford to lose and gives to a few winners, the greatest winner of course being the gambling operator. The idea that gambling operations can have a positive economic benefit is an illusion. In addition, gambling violates the Christian sense of responsibility for family, neighbors, the needy, and the Church.
...

The Seventh-day Adventist Church rejects gambling as defined above and will not solicit nor accept funding that is clearly derived from gambling.

A group of community, tribal, denominational and institutional leaders broke ground on the new facility. 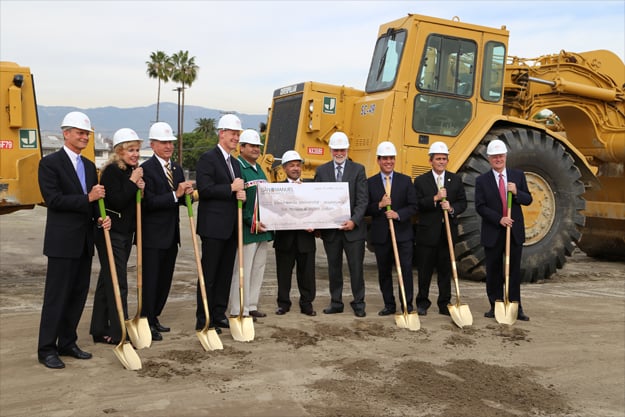 Along with the groundbreaking ceremony, Loma Linda University Health launched a new website devoted to the new San Bernardino facility. According to the website, San Manuel Gateway College will offer a number of health career certificate programs such as nursing, medical, and dental assisting, phlebotomy and medical insurance coding. These six- to 12-month certificate programs will provide job entry skills, employment and college credit for students who elect to further their education. 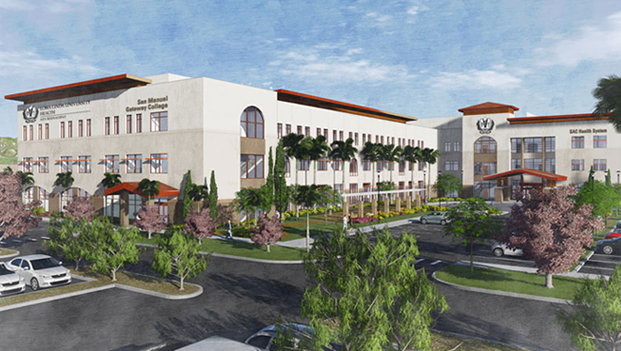 The college will share the 150,000-square-foot complex with a multi-specialty medical clinic, operated by Social Action Community Health System (SACHS), and with a vegetarian restaurant designed to showcase the longevity-enhancing benefits of a plant-based diet, according to the website. It is expected to create about 400 new jobs. The SACHS clinic stands to dramatically increase its annual capacity for patient care from some 30,000 patients annually to over 200,000, according to SACHS clinic Director and CEO Nancy Young. SACHS was founded by health care students at Loma Linda University and grew to be an integral part of the university and medical center's outreach to those in need in the San Bernardino area community.