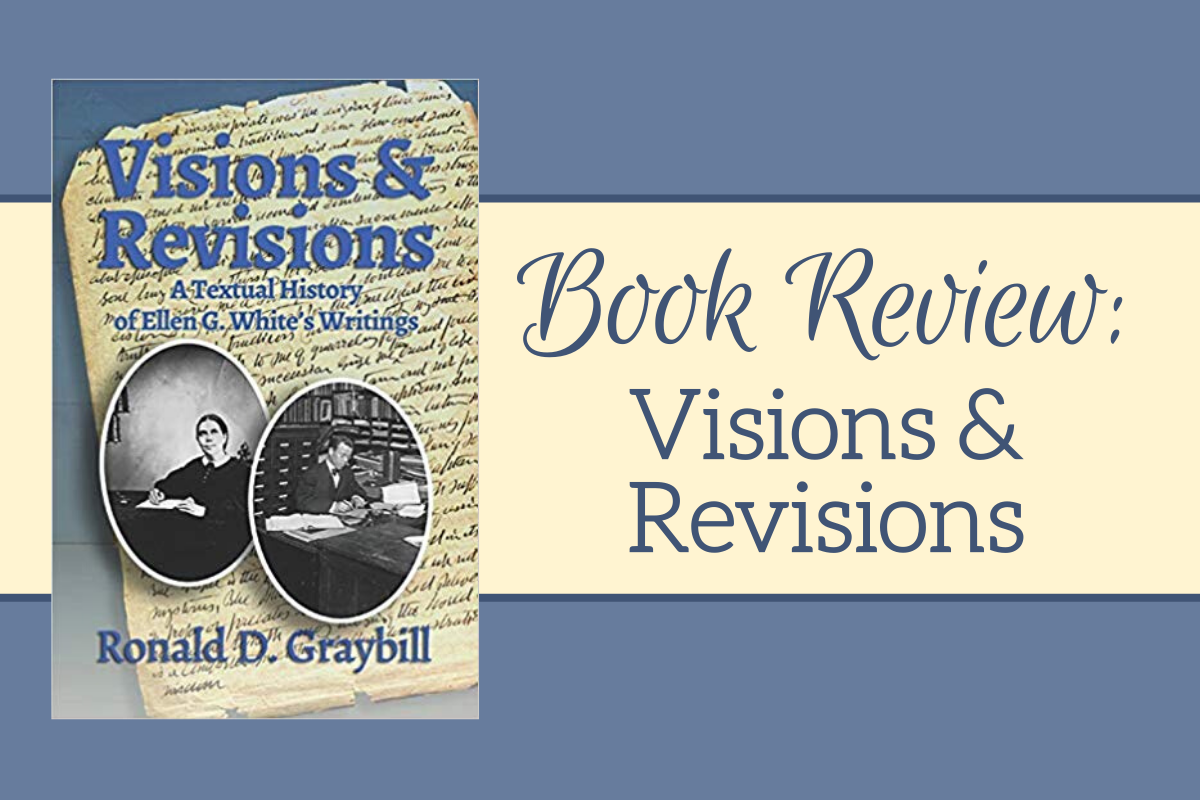 In recent years a number of studies have greatly added to our knowledge of important aspects of the person and ministry of Ellen G. White. In 2014 Oxford University Press published Ellen Harmon White: American Prophet. This book offered a valuable collection of essays by Adventist and non-Adventist authors about important aspects of Ellen White’s ministry. Two books by Gilbert Valentine also deserve special mention. Firstly, his book that describes Ellen White’s relationship with three of the General Conference presidents, The Prophet and the Presidents (Pacific Press, 2011) and, secondly, his very informative book about the controversies surrounding the handling of Ellen White’s literary inheritance, The Struggle for the Prophetic Heritage (republished by Oak and Acorn, 2018). An important publication about the history of the relationship between the SDA Church and the writings of Ellen White, after her death in 1915, came from the pen of George R. Knight: Ellen White’s Afterlife (Pacific Press, 2019). The Ellen G. White Encyclopedia, edited by Andrews University professors Jerry Moon and Denis Fortin, also proved to be a rich and reliable source of information (Review and Herald, 2014).

Just a few months ago, another significant Ellen G. White study came off the press, written by a scholar who is eminently qualified to write about the topic of his new book, which is captured in its subtitle: A Textual History of Ellen G. White’s Writings. Ronald D. Graybill is not only a trained historian, who earned his PhD in American religious history at Johns Hopkins University, but he also served for 13 years as a prominent staff member of the Ellen G. White Estate, where, as one of his assignments, he assisted Ellen White’s grandson Arthur White in writing the six-volume biography of Ellen White. In his new book, Visions & Revisions (Oak & Acorn, 2019), which builds on previous publications and lectures, Graybill meticulously investigates the process of how Ellen White’s “holographs” (as her hand-written manuscripts are referred to) were developed into printed publications.

Many Adventists may have seen photographs of a page of Ellen White’s handwriting or of a typewritten page as edited by one of her assistants. But relatively few are aware of many of the fascinating details that this book reveals. Graybill offers meticulously documented evidence for his thesis that the textual history of Ellen White’s writings — which includes a challenging transcription and heavy editing of her hand-written manuscripts, and which often also involved significant corrections and changes — makes it impossible to maintain that her writings can be considered as “inerrant.” He does not deny that Ellen White was inspired, but, on the other hand, does not want to accept elements that are clearly not of any divine origin, as part of her inspiration (pp. xv, xvi).

Chapter One informs the reader of the nature of Ellen White’s handwritten holographs. They were normally without any paragraph divisions, and her handwriting is often so illegible that the reader must guess the meaning of certain words and expressions. Her spelling and use of grammar left much to be desired. Often, she used very little punctuation, and that not always correctly. In addition, her writing could be quite repetitious.

Chapter Two focuses on the many revisions of the text of her first vision, which appeared in the Day Star in 1846, and then in 10 later versions. Graybill refers to the “editorial assistance” of James White, who also provided scriptural references that were included in the earliest versions. Significantly enough, these references also included a few references from the Apocrypha. Graybill concludes: “The language and imagery of 2 Esdras formed a part of the youthful Ellen Harmon’s repertoire” (p. 36).

In the next chapter (three) a fascinating picture is provided of the role of the almost 20 different “assistants” Ellen White employed (mostly at her own expense) for transcribing her writings and for putting them in publishable form. The extent of the work of these assistants has not always been fully appreciated. They were, among other things, responsible for finding and collating material for her books that had been written earlier. In some cases, Graybill suggests, Ellen White could have been mentioned as the author of a particular book, but with the addition of the name of the assistant who had a major role in its genesis. Chapter Five returns to the topic of these assistants and provides more detailed information about their identity, the extent of their work, and some of the issues that concern the role of Ellen White’s “company.”

Chapter Four deals with later revisions of earlier printed materials, zooming in on the later revisions of the Testimonies. This caused considerable debate over the nature of Ellen White’s inspiration, as to whether revisions in inspired writings were, in fact, allowed. Graybill notes that those who were most familiar with her writing process had full confidence in her prophetic gift, but also “were least infected with a belief in verbal, inerrant inspiration” (p. 95).

Gradually, many Adventists around the world became aware that Ellen White borrowed heavily from other authors. This repeatedly led to the charge of plagiarism. The intriguing story of her literary dependence on other writers is expertly covered in Chapter Six. In past decades, as an increasing amount of research took place, it was found that her borrowing was rather more extensive than was earlier assumed. Chapters Seven and Eight focus on the fact that Ellen White did not only borrow from others, but in her borrowing also copied elements that were historically incorrect. This had particular impact on her “opus magnum” The Great Controversy. William White, the oldest son of Ellen White, who became her main advisor in her later years, was among those who denied that the prophet ever claimed historical inerrancy in her writings. Others, however, vehemently disagreed. This issue has, in fact, never been completely laid to rest.

Chapter Nine has a somewhat different character, but it can be argued that it continues the theme of the book. In 2011, the General Conference leadership launched a global campaign aimed at distributing many millions of copies of The Great Controversy in as many countries and regions of the world as possible. Even some predominantly “pro-EGW” segments of the church were afraid that a large-scale distribution of this blatantly anti-Catholic book could prove to be a major public relations disaster for the church and might even result in legal challenges. In many places around the world, special editions of the book were printed in which large portions (especially those with anti-Catholic content) were left out. Although this had occasionally been done before, this development raised the acute question whether one may excise large portions of what has traditionally been considered inspired counsel about the end-time. Once again, this impacts on one’s view of Ellen White’s inspiration and definitely points away from inerrancy.

The endnotes of the chapters are worth reading and contain much interesting extra information. Some of this should perhaps have been included in the main text.

The short biographical notes at the end of the book are a most welcome extra feature.

Ronald Graybill’s book is a valuable addition to our growing body of knowledge of the person and ministry of Ellen White, and it can help many Adventist believers gain a more accurate understanding of her inspiration than they may have hitherto had.

Reinder Bruinsma is a native of the Netherlands who retired in 2007 after a long career in pastoral, editorial, teaching, and church leadership assignments in Europe, the United States, and West Africa. After receiving a Bachelor’s degree from Newbold College and a Master’s degree from Andrews University, he earned a Bachelor of Divinity with honors and a doctorate in church history from the University of London. He recently interrupted his retirement to serve as the president of the Seventh-day Adventist Church in Belgium and Luxemburg. He has authored more than twenty books, in Dutch and English, and a large number of articles. He has also translated various theological books from Dutch into English.