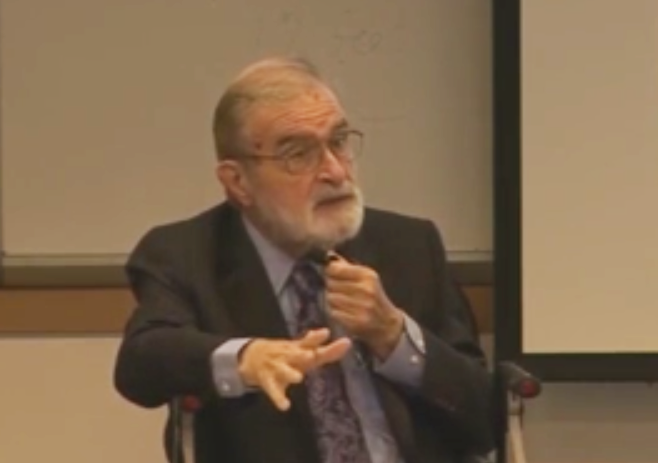 Sociologist Ronald Lawson, Emeritus Professor at Queens College, The City University of New York, spent the second half of his career researching Global Adventism. He has completed over 4,000 “long probing interviews” in 60 countries in all Divisions of the World Church, some of which were visited several times. He has published and presented many articles, 77 of which are available on his website (www.RonaldLawson.net), where one is added every week, and is working on a series of four books, tentatively titled Apocalypse Postponed, which he hopes to complete “before I die.”

In October and November 2019 Dr. Lawson made five presentations to the Roy Branson Legacy Sabbath School (RBLSS) class at Loma Linda University. In this first video, which was presented on October 5, he introduces his study by invoking “Church-Sect Theory” to understand the evolution of Adventism from “Sect” towards “Denomination” — that is, from considerable tension with society to considerable comfort with it. He then uses that theory as it had not previously been used: to explore the dynamics of the changing attitudes of Adventism towards social issues: the role of women, racial diversity, divorce, living together before marriage, births out of wedlock, polygamy, homosexuality, sexual and physical abuse, and Adventists with HIV.

This presentation by Dr. Ronald Lawson to the Roy Branson Legacy Sabbath School class at Loma Linda University was recorded on October 5, 2019.